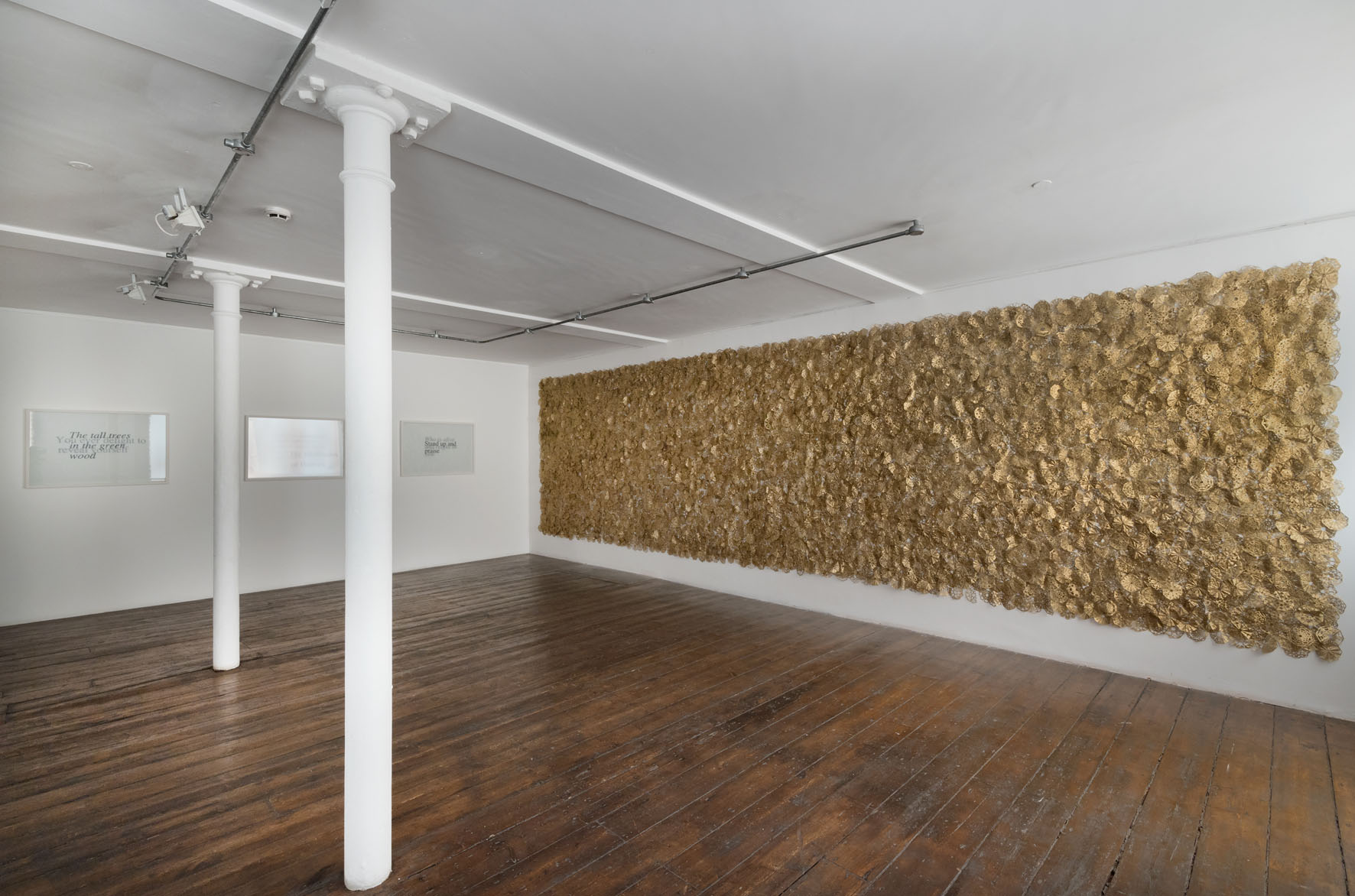 Corvi-Mora and Greengrassi are unusual – possibly even unique – in sharing a building and swapping, from show to show. between its large lower and smaller upper spaces. The current pairing works well. Upstairs is Gretchen Faust (Greengrassi to 8 Oct), possibly the only German-sounding American artist who teaches yoga in Devon. An introductory joke – unopened puzzles posited as art unless the purchaser unseals them, when they revert to puzzle status – leads in to a wall of 5,000 hyper-delicate doilies. Cut from gold-sprayed tissue paper, they flutter under breath. It was meditatively therapeutic work, said Faust. They’re all different but ‘if anyone mentions snowflakes’ she went on devilishly, just after I’d mentioned snowflakes, ‘I have to kill them’. Diverting Fuast by asking where her text’s words come from – St Francis of Assisi – I lived to tell the tale. Downstairs is Lynette Yiadom-Boakye’s set of paintings ‘Sorrow for a Cipher’, an array of eight men, seven lolling on large linen grounds, and just the smallest standing more assertively on canvas. Yiadom-Boakye’s explained that although she’s known for completing pantings on a single fresh day, that applies only to work on canvas. Linen’s more absorptive properties suit the process spreading out longer. So she seems to be moving in a slower direction here, except that the quickness of a canary perched on a hand on linen was the highlight. Greengrassi / Corvi-Mora supply rather good soup at their openings: add the stimulating art, and my visit was more sustaining than fatal in the end. 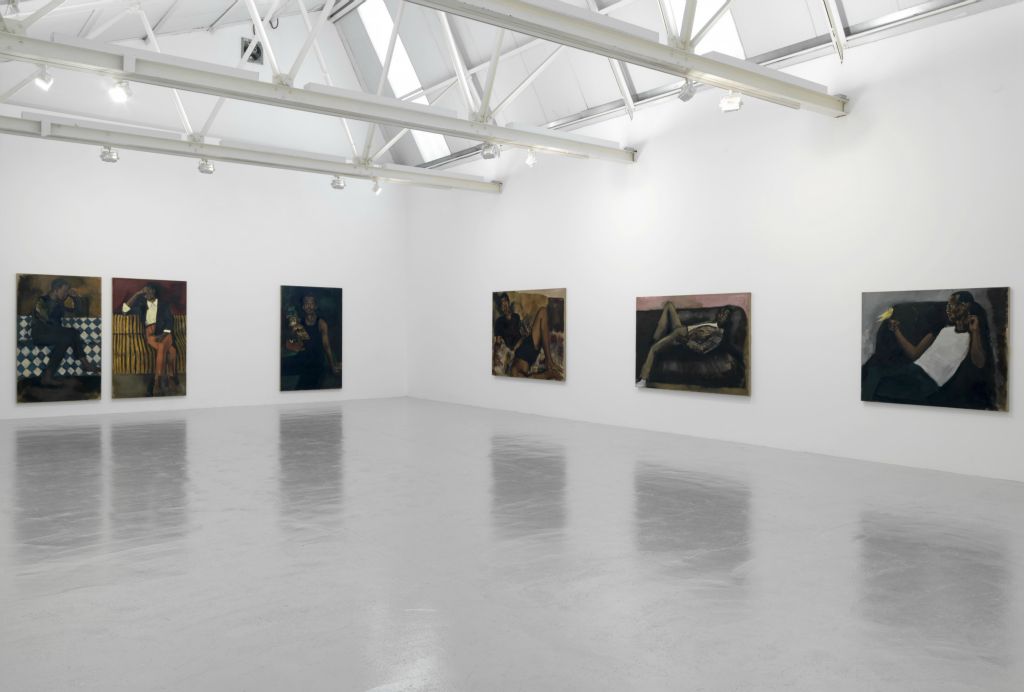