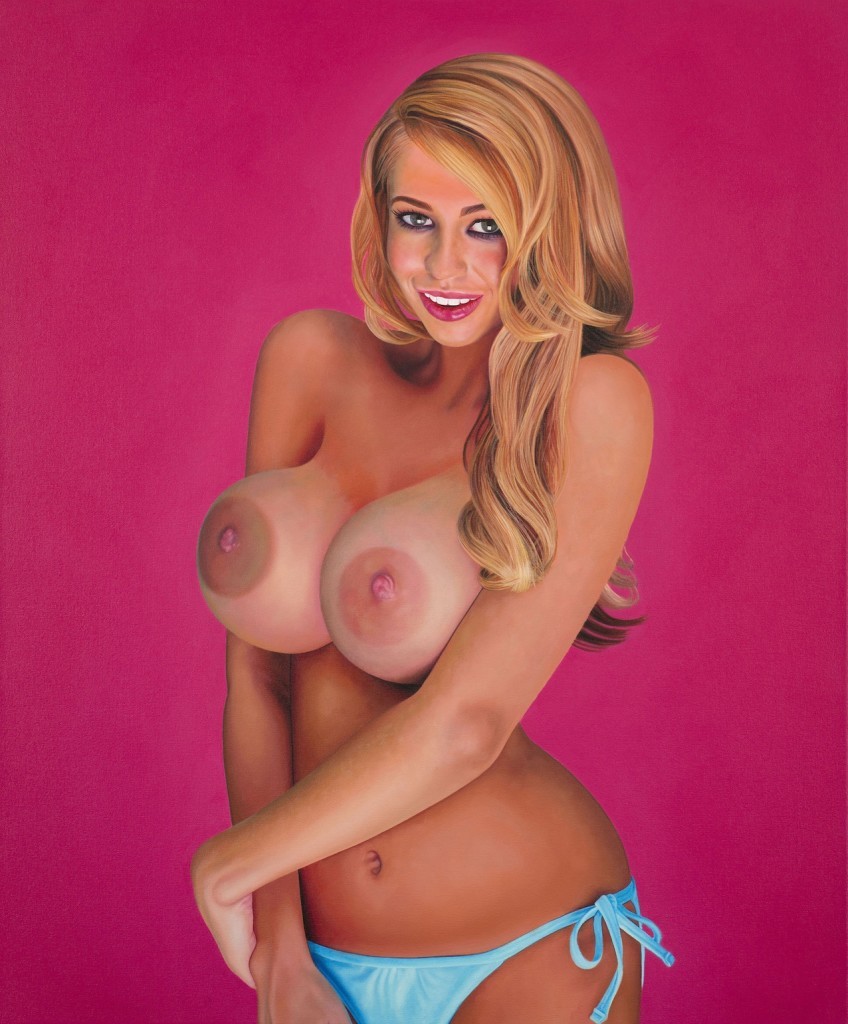 How do you recognise the radical? Maybe it should be something new which leaves you wondering whether it has any merit at all. That can be done through surprising materials used or unexpected formal decisions made – but it’s getting harder to achieve the sort of impact which stops you in your tracks, now that pretty much anything goes. So content, rather than form, might offer more promise, and Kelly-Anne Davitt’s show in Cork Street (‘Beach Balls and Melons’ at Dadiani Fine Art to 15 Sept) is certainly brazen in that regard. Fairground style, she lights up six comically-breasted women with the headline ‘The formula for perfect breasts. Kelly’s got them. Have you?’. Davitt lifted that from an article about Kelly Brook, playfully putting herself in the other Kelly’s place. There’s mockery involved, but Davitt clearly enjoys the painting. As for the critique, it just happens that during her production period, the ‘lads mag’ Nuts, from which the poses originate via Davitt’s own photo session with glamour model Sophie Reade, ceased publishing; The Sun ended its Page 3 tradition; and Playboy gave up nudity. Whether that represents changes in attitude or merely the effect of the Internet is another matter, of course. Last week I wrote about Claude Cahun’s agender presentation of incipient feminism: here’s a rather complete modern contrast. Is it any good? I’m not sure, but that’s radicalism for you. 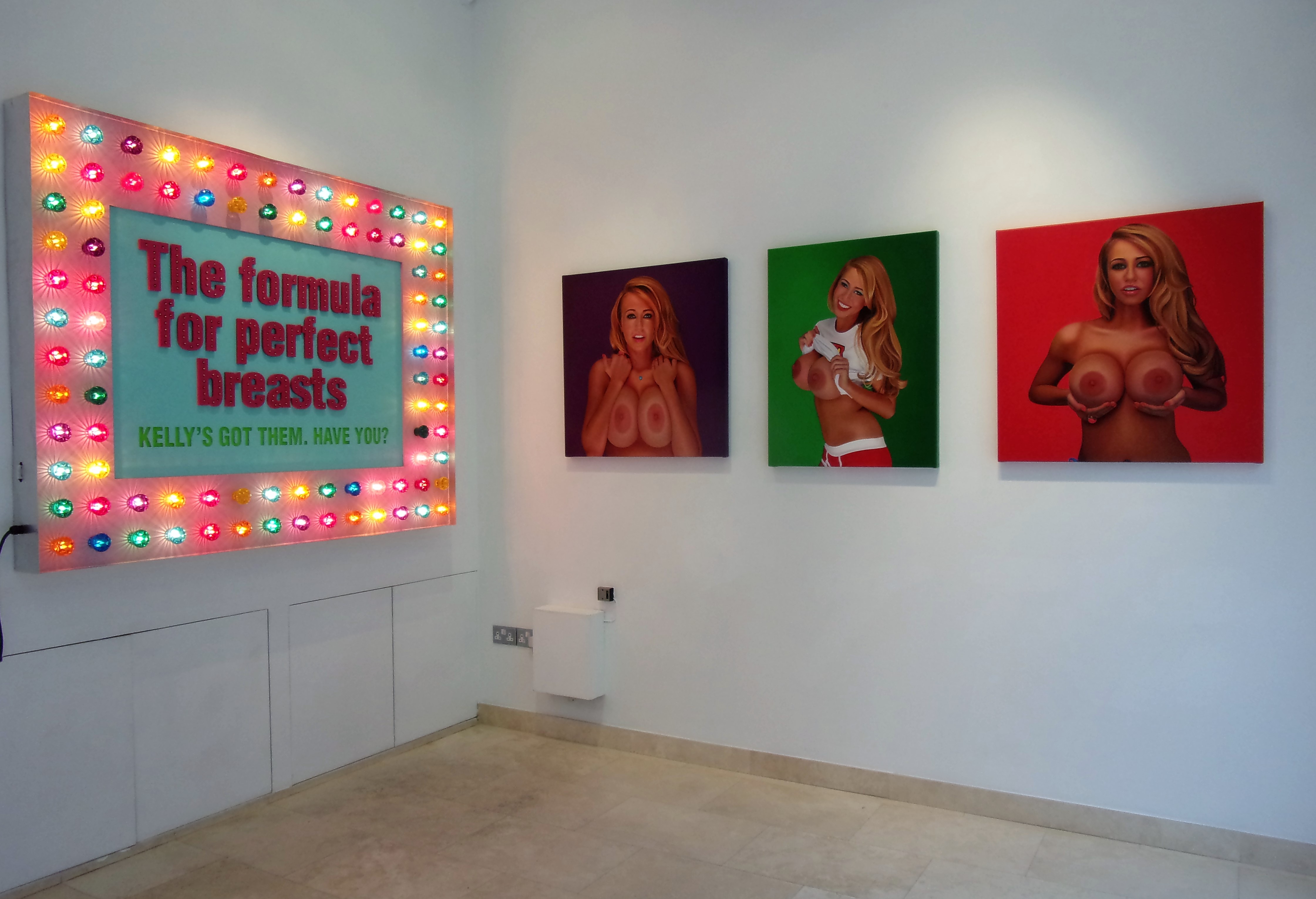