The Enjoyment of Death: Paul’s ART STUFF ON A TRAIN #170 - FAD Magazine
Skip to content 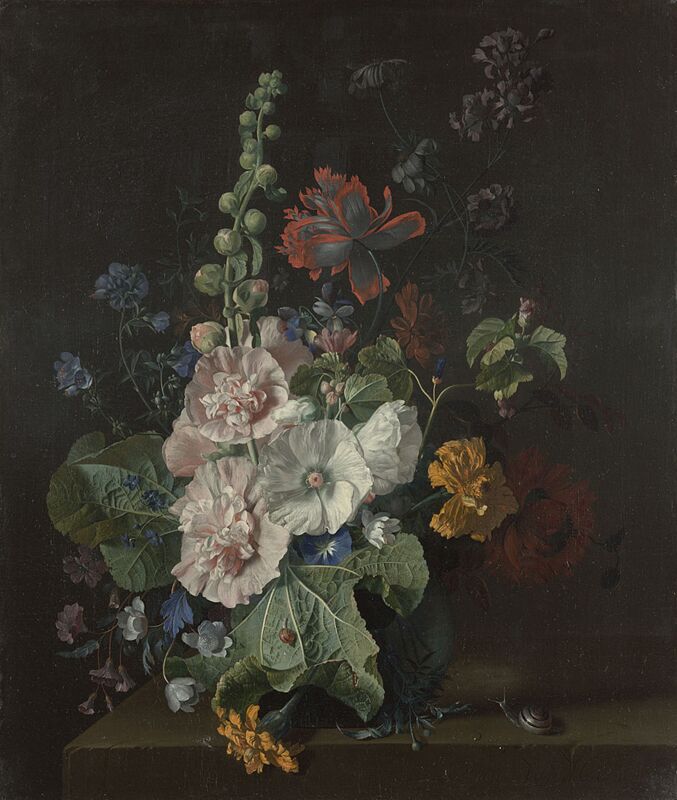 A spectacular gathering of Dutch flower painting in Room 1 of the National Gallery raises several questions.

How have the relative economics of flowers and their depictions shifted? At the height of tulipmania – before the big price collapse in 1637 – a top bulb might cost the equivalent £20,000 in today’s money, so the painting would have been much cheaper than the items it showed. Now you’d struggle to pay more than £1 for a tulip bulb, whereas a good Pieter Claesz might fetch £1m at auction. I make that a modest 20,000,000,000-fold shift in the ratio.

What shall we do for a background? Monochrome spaces, visible interiors, architectural and garden settings are all in play…

How can you tell the various painters apart? If, sensibly enough, you take Jan Brughuel the Elder as a point of origin, then Bosshaart gives you flowers in a niche, Willem van Aelst introduces dramatic light, his pupil Rachel Ruysch instils a sense of movement; Jan van Huysum filters light right through the bouquet; and Davidz de Heem dynamises the blooms by varying their directions.

Which flowers are shown? Fear not, the display identifies them, often of course with seasonal incompatibilities in the same canvas.

What’s it all about? Death and transience, of course. But enjoyably so. 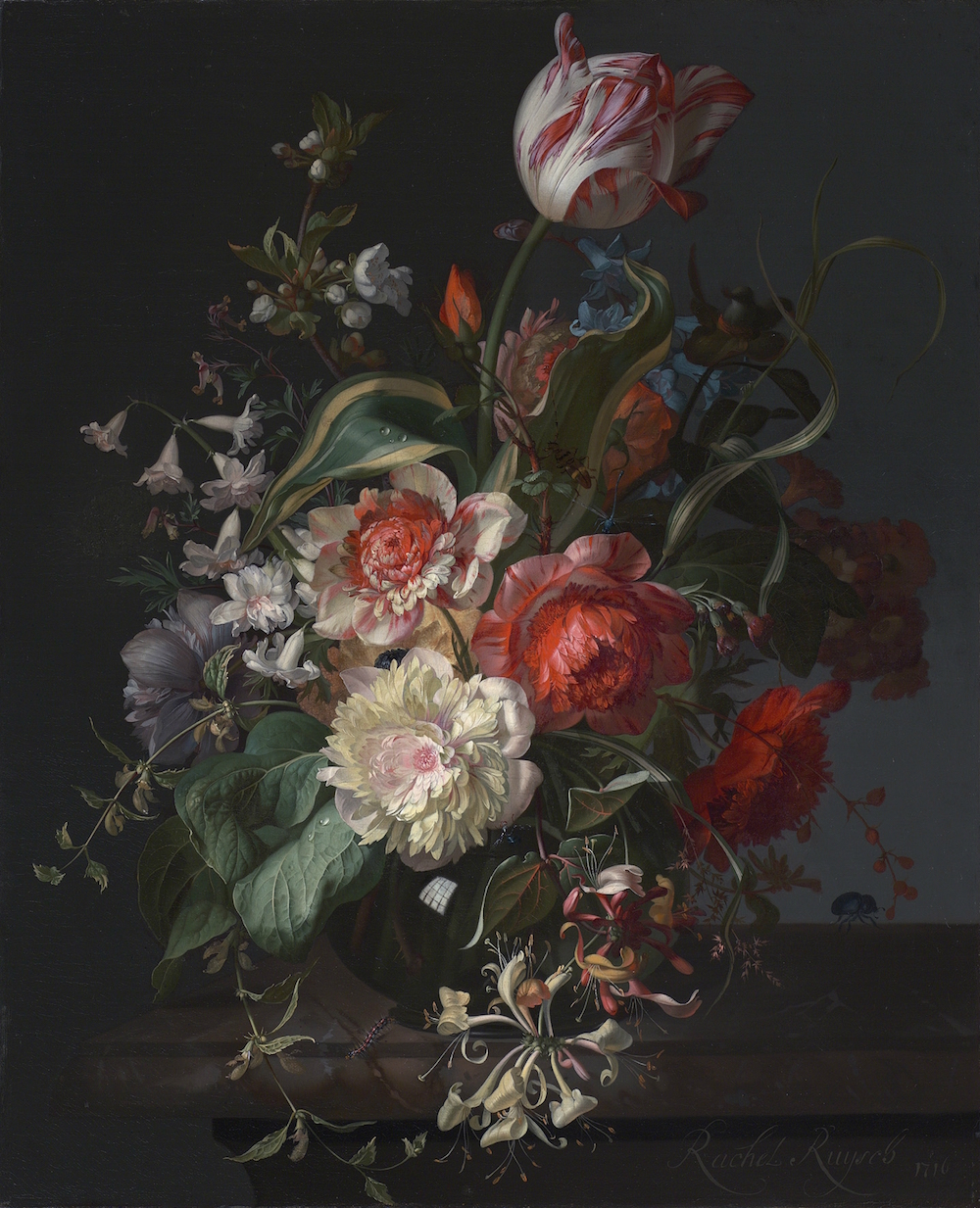 Rachel Ruysch: Flowers in a Glass Vase with a Tulip, 1716