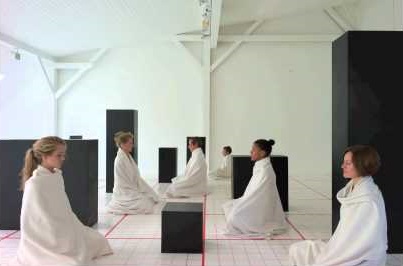 The intersection of yoga and art is new to me, but Hamburg-based Y8 specialise in the combination, and they’ve come to London to activate the late work of the American artist Channa Horwitz (Raven Row to May 1). While it’s worth visiting anyway to see how Horwitz (1932 – 2013) explored intricate number-driven permutations of geometry and colour which operate on the intoxicating edge of our understanding of their evident systems, there’s also the chance to take part in the activation of the room-sized installation Displacement (2011 / 2016). My wife and I among eight participants – eight being Horvitz’s key number – split into two groups of four. We alternated between adopting set yoga positions and moving around eight black building blocks ranging from 35 to 188 cm high. Both actions demand precision, as the cuboids must be aligned as carefully as possible with an orange grid on the floor. We were encouraged to pause in our shape-shifting to observe the changing scene as the mutating architecture of shapes interacted with the varying positions of the other people. That provided an external focus contrasting with the internal concentration of the yoga. Add the novelty – for me at least – of stretching into tricky positions or finding myself stood on my head, and an hour passed divertingly quickly. Post-performatively, moreover, the drawings which make up most of the show took on a different energy. It made zooming down a Holler seem rather superficial, however long (178m) the ArcelorMittal Orbit slide will be… 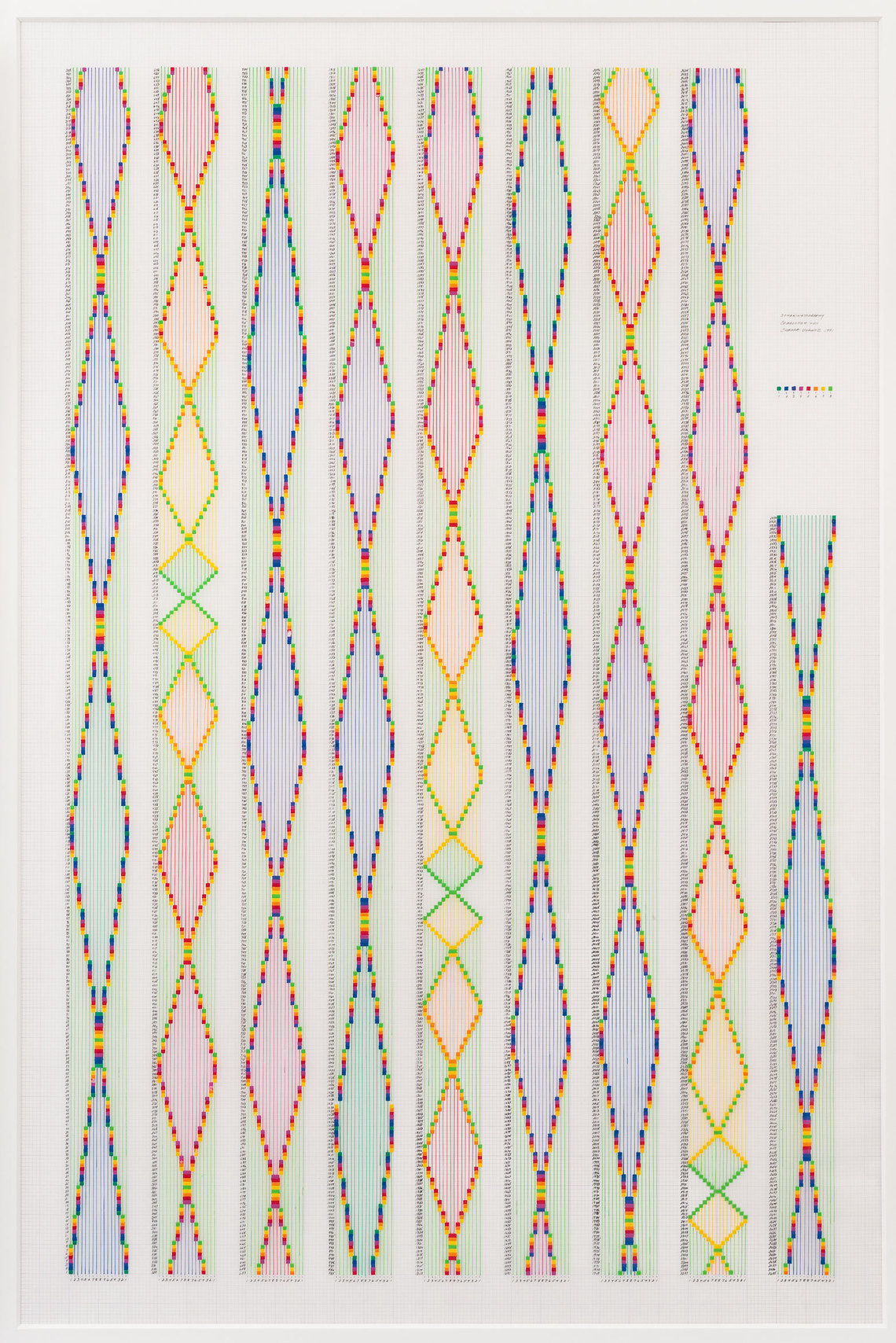