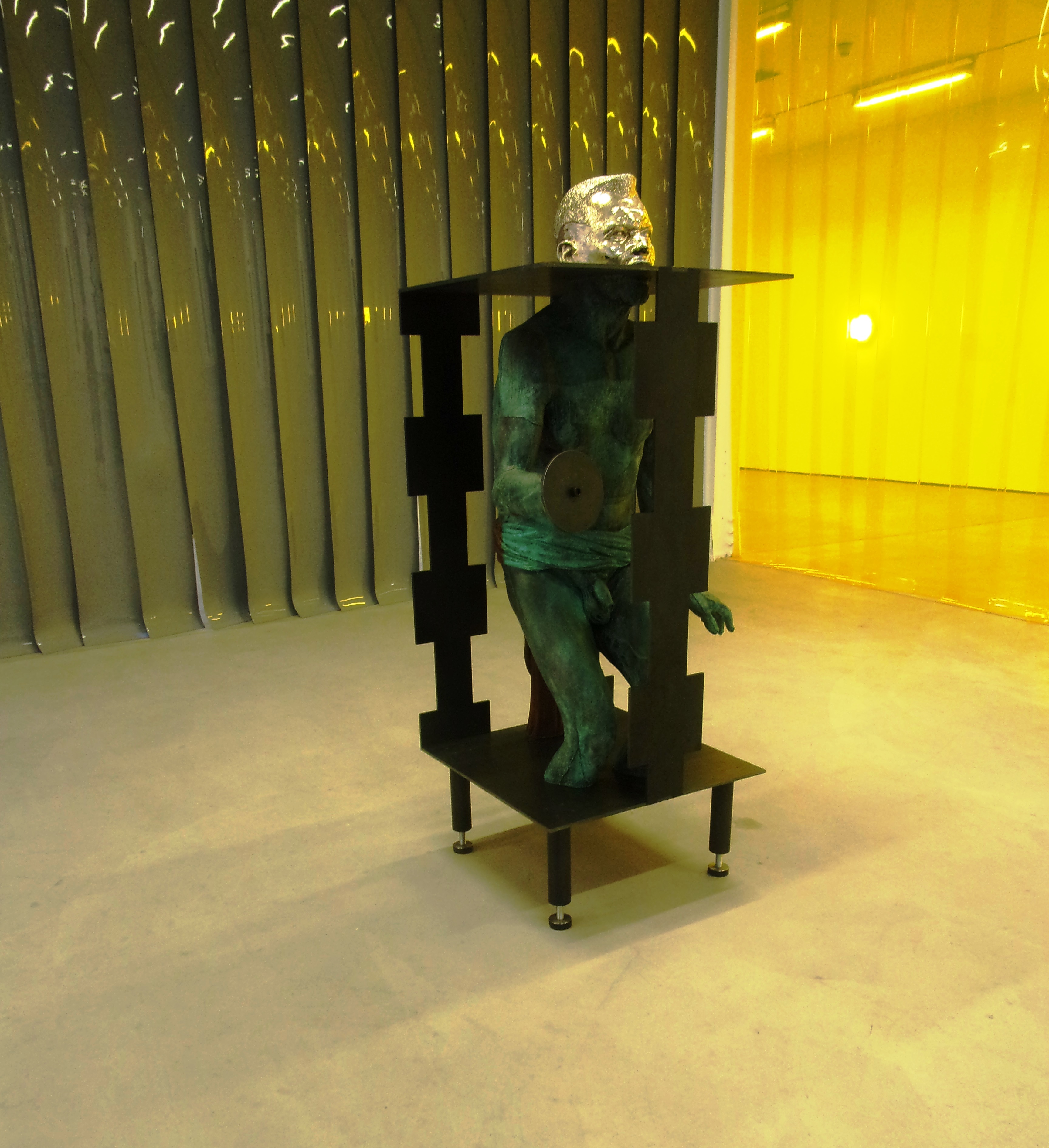 It’s always nice when you learn things as a contingent effect of looking at interesting art, and that’s especially so the case of two shows running to 2nd April.
Steven Claydon’s premise in the brilliantly installed sculpture-and-soundscape ‘The Gilded Bough’ at Sadie Coles is that covering an object can make it more visible. It’s a theory I’ve heard applied to sexy underwear, but Claydon’s more elevated reference and metaphor is scanning electron microscopy, where samples are coated in ultra-thin layers of gold before going under the microscope as “the conductive material increases the quantity of ‘secondary electrons’ that can be detected from their surfaces”. Trend-setting New York collaborative DIS are due to curate this year’s Berlin Biennale and since 2010 have run all sorts of fashion, design, art and commercial collaborations under the general concept of what might be termed a virtual magazine. At Project Native Informant they show three parodies of stock images, such as of ‘the public apology’, ready for the next speech by a shamed politician; and two versions of a family snapshot – one still but moving, as it’s on a sliding screen which covers and uncovers the second: a film of the family which moves but remains in one place. The learning was in first time I’ve watched Winbots at work, ie automatic glass-cleaning devices, which scuttle around on front of the ‘stock’ images as if they can clean content; and in the family’s exaggerated use of contouring make-up, which turns out to have a huge on-line presence which had passed me by completely. 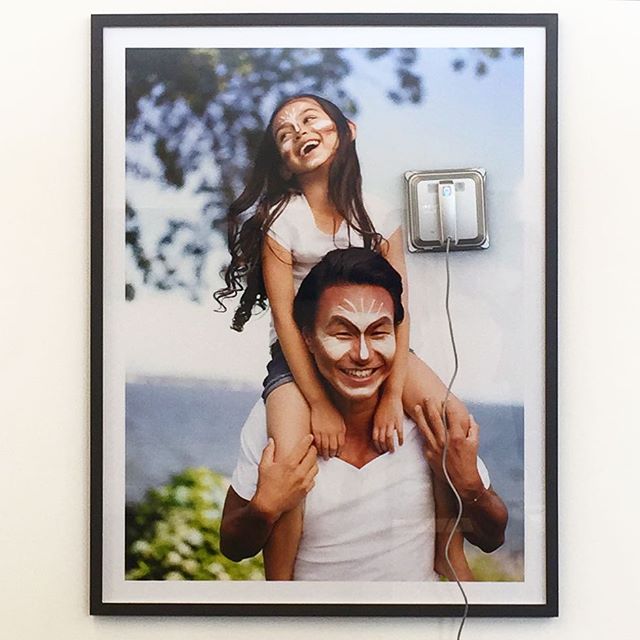 This DIS work isn’t actually in the show, but handily combines the contouring make-up as stock image with the Winbot at work