Daniel's Value and Ideas #88: The Life of Brian and the Death of Art Criticism - FAD Magazine
Skip to content 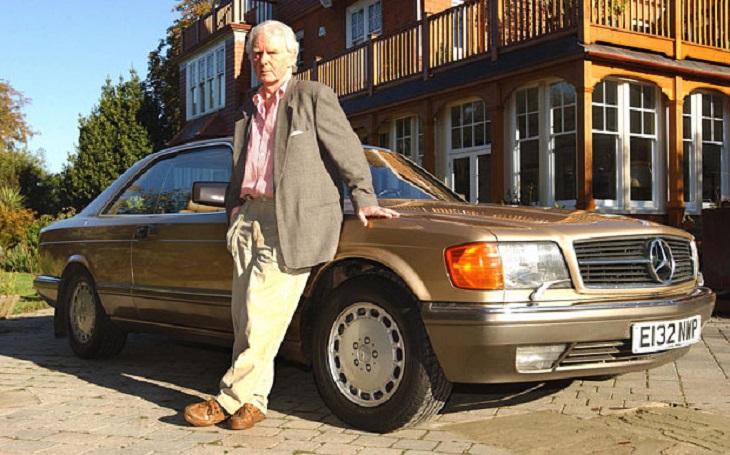 Brian Sewell with his beloved Mercedes

The death of Brian Sewell is a great tragedy. Never again will the acres of art criticism generated by Britain’s newspapers be punctuated by a single shard of intellectual rigour. The nails in Sewell’s coffin are the last nails in the coffin of art criticism.

Sewell died last Saturday at the age of 84, after battling both a heart condition and cancer. He was born in Leicestershire in 1931 and grew up in Kensington, where he lived with his mother, Jessica, until her death (when Sewell was 65). He did not go to school until age 11, when he was enrolled in Hampstead’s Haberdashers’ Aske’s school for boys; prior to that, he learnt Greek and Roman mythology and looked at the stars with his mother. Following his national service he turned down a place at Oxford to study at the Courtauld, where he met the renowned art expert Anthony Blunt.

Sewell went to work at Christie’s as a prints and drawings expert but resigned after nearly a decade when they declined to make him a director, which he claimed was because he failed to sleep with the right people. There followed a stint as an art dealer, at which he was ostentatiously unsuccessful, since he told his clients that certain artworks were too good for them.

In 1979, Blunt was revealed by Margaret Thatcher to have been a Soviet spy. On the morning of the announcement, Sewell drove Blunt to a hideaway at the home of Prof James Joll in Chiswick and refused to tell the press anything except what he had had for breakfast. With Blunt in hiding, the media spotlight fell up Sewell, who revelled in the attention, leading Tina Brown, editor of Tatler, to employ him as the magazine’s art critic. This led to his best known role as art critic for the Evening Standard, which he began in 1984 and continued up to his death.

Sewell’s two volumes of autobiography, Outsider and Outsider II (2011 and 2012), caused a rumpus by revealing his epic sexual appetite in encounters with over 1000 men. That is not to say he was not discerning, since he once as a young man eschewed an advance from Guy Burgess on the grounds that he was ‘dirty and smelly’. He preferred the term ‘queer’ to ‘gay’ but never regarded his homosexuality as anything other than an affliction that he could not shake off.

He was brought up and remained a Catholic, but had a testy relationship with the church, feeling that his homosexuality, not to mention wild promiscuity, had driven a wedge between him and his faith. He was also an accomplished painter, having sold his work and won prizes for it. When not in church, writing or fornicating, Sewell maintained two lifelong boyish passions: dogs and cars. His endless gentle affection for his dogs was such that when he moved from Kensington to Wimbledon in 1994 he dug up the remains of eight dogs to rebury them in his new garden. Sewell loved classic cars and once claimed to have driven his signature gold Mercedes along Kensington High Street at 140mph.

Sewell is often described as ‘acerbic’, ‘withering’, ‘outspoken’ and ‘controversial’ for the force and vivacity with which he expressed his opinions. He labelled Tracey Emin ‘trivial’, called Damien Hirst ‘fucking dreadful’ and wished David Hockney – the ‘vulgar prankster’ – would never paint again. He also said Banksy should have been put down at birth. Indeed, Sewell’s litany of bugbears reads like a who’s who of art: Lowry, Freud, Picasso, Warhol, Raphael were all charlatans.

While his sharp tongue gained him a certain notoriety, he was a profoundly astute critic. He liked above all else Old Master drawings and the work of Michelangelo, and could articulate the precise mechanics of how a picture works for him. He did not object to conceptual art as such, but only to conceptual art in which there is no technical or aesthetic grounding to the concept. He was a big fan of Jake and Dinos Chapman, proclaiming their Fucking Hell to be the first great artwork of the 21st century. 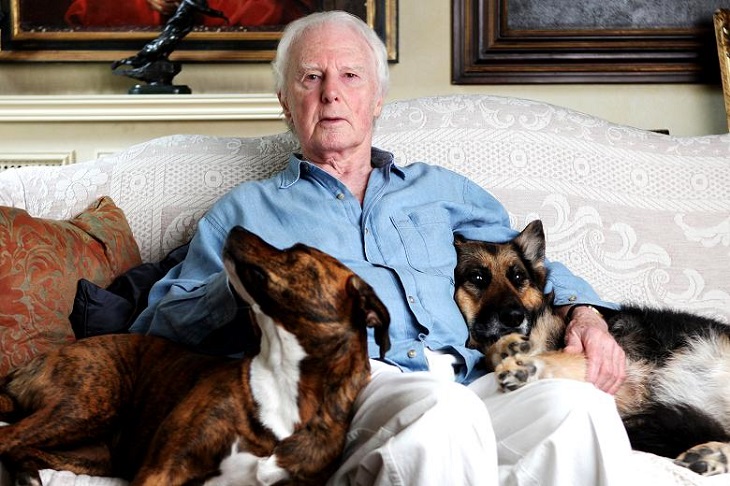 Brian Sewell with his beloved dogs

But here’s the thing: Sewell’s intellectual rigour, honesty and sincerity are anathema to the artworld. He said what he thought and meant what he said, no matter how unfashionable or offensive regardless of ruffled feathers or strained relationships. Indeed, Sewell once said that he’d made a mess of his emotional life because ‘nothing matters more than intellectual probity. The critic must be prepared to sacrifice even his closest friends’. Sewell was the last bastion of critical sincerity, and with him dies the dream of intellectual freedom.

Nowadays we use words like ‘controversial’ and ‘outspoken’ to indicate simply that someone disagrees with something, so Sewell was frequently saddled with these labels. The truth is he simply expressed his opinions, which were grounded in an extraordinary breadth and depth of art historical knowledge. He also, unlike the willing mouthpieces of the Establishment, possessed a finely tuned sense of his intellectual and aesthetic position on art. Disagreement is an absolute necessity in a free civil society, for it fosters debate and enlightenment. Art is not about everyone singing along to the same putrid tune; it is about exciting the passions.

Sewell’s critical eye was a constant reminder that the modern world has become obsessed with sentimental narratives, as Bret Easton Ellis would say: we are so catastrophically concerned with our feelings that we are mind-numbingly relativist, too emotional to engage intellectually and live in fear of the slightest disagreement. Sewell did not criticise things to rile people, he did so because he knew what he liked and why he liked it, and he believed – like any great intellectual from Socrates to Kant to Einstein – that some things are right and some things are wrong. The intellectual life, if lived properly, has no room for insincerity or relativism.

The departure of Sewell is a great loss in a world where the doting, insubstantial slurry of insipid cretins like Alistair Souke, Andrew Graham-Dixon and Will Gompertz passes for popular criticism. Even if there was someone who has the courage to replace him, hardly anyone has the intellect to even try. The only critic who comes close in intellect and aesthetic sensibility is Matthew Collings, but he has long since become too disenchanted with the game.

In the end, Sewell considered himself an abject failure, having given up on a glittering career at Christie’s and failing to write the definitive book on Michelangelo. Let’s give him the legacy he deserves and follow his example: next time you see some truly ghastly, irredeemable art, dare to say aloud what you think. 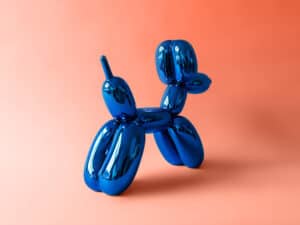 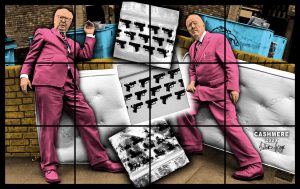 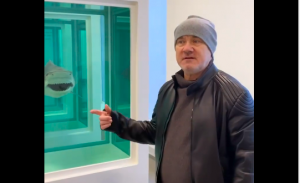