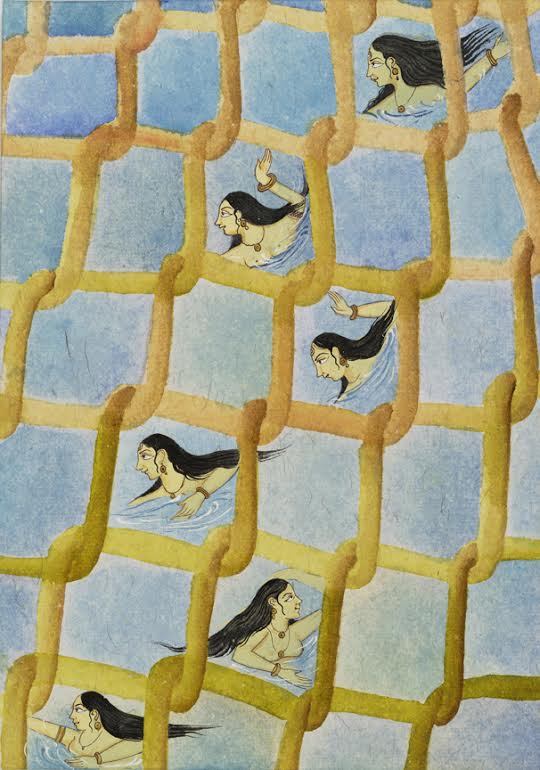 I tend to associate the Italian Francesco Clemente, now 63, with the big neo-expressionist canvases of the Neo-Expressionist / Transavantgarde movement – which had its moment in art history as the 1980’s antidote to minimal and conceptual, and is best left there. Perhaps that view was always simplistic, but now it’s now way out of date. For many years Clemente has spent much of his time in India, and is more Transcultural then Transavantgarde. He has often collaborated with local artisans, and that’s the case in his new show of 108 watercolours (at Blain|Southern to 4 July). Clemente’s fluid watercolours – often of equally watery themes – are added to by a family of miniaturists from Rajasthan. If the Chapmans make Goya worse to make a point, then the Indians make Clemente better, though of course – being Clemente’s lead – it’s also a form of self-improvement. The key is that the contrasts work aesthetically, counterpointing generality with detail convincingly enough to absorb absurd contrasts of scale; and also thematically – turning the relatively abstract and loose into the wittily surreal and precise. A rainbow becomes a road, a woven pattern reveals swimmers, a tree contains a lovers’ tryst, and hearts are eroticised by the insertion of a sex scene… There are 108 beads in the japa mala which Hindus and Buddhists use to meditate, hence the 108 paintings which serve the overall aim of illustrating transformation through transformation. It’s an entrancing show. 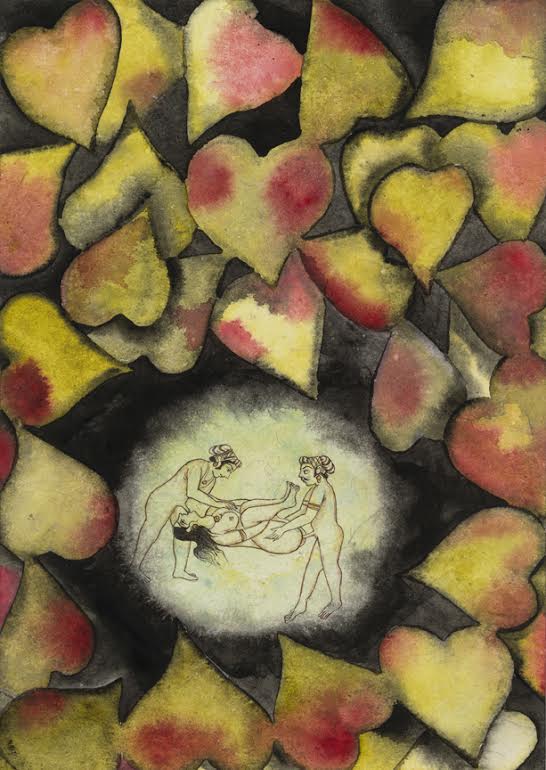