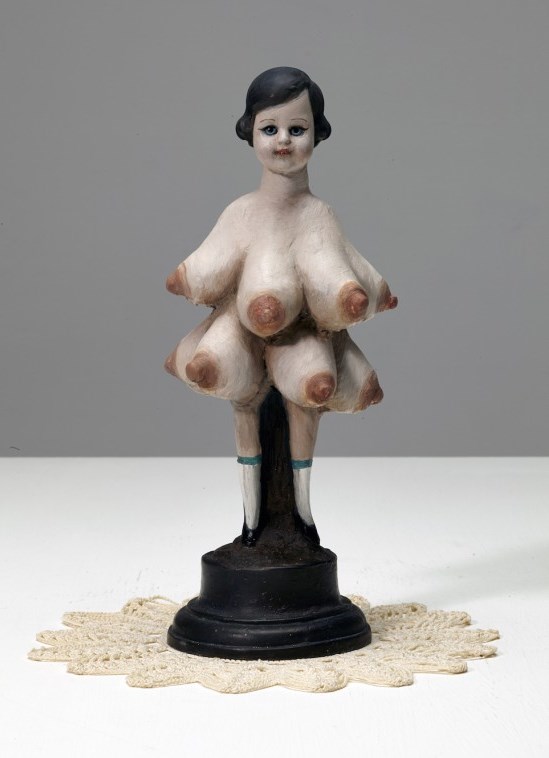 The bonanza at Transition Gallery in Hackney (to 29 March) whereby 50 artists respond to an invitation to provide items for an alternative and somewhat deranged Sex Shop is great fun. Jack Stockoe (who curated with Sarah Gillham and Darren Narin) helpfully provides a legal basis for any activity with a 16 page Sexual Services Agreement. It starts out by allowing the parties to decide which of the basic activities they wish to give or receive before moving on to such possible extensions as agalmataphobia (do you wish to partake in a statue fetish?), odaxelagnia (do you want to bite or be bitten?) and felching (don’t ask). Full definition of terms, conditions of termination and even a subsequent RSSA (Resumption of Sexual Services Agreement) for certain circumstances are set out. There are, though, some 140 boxes for both parties to fill in, by which time you may not be in the mood. The orthodox erogenous zones are well covered in works of some interest to agalmataphobes, from the more-is-less of Cathie Pilkington’s multi-breasted ‘El Shaddai’ (God Almighty), titled I presume in reference to a common male obsession; to Roxy Topia & Yvonne Stone’s rather attractive full representation of the clitoris; to Joey Holder’s 3-D printed model of a penis (of the bean weevil, which I don’t envy!). You can learn about knot-tying and the spray-on condom, and verbal, oral, moving image and conceptual gratification is also available… Surely, you feel the urge? 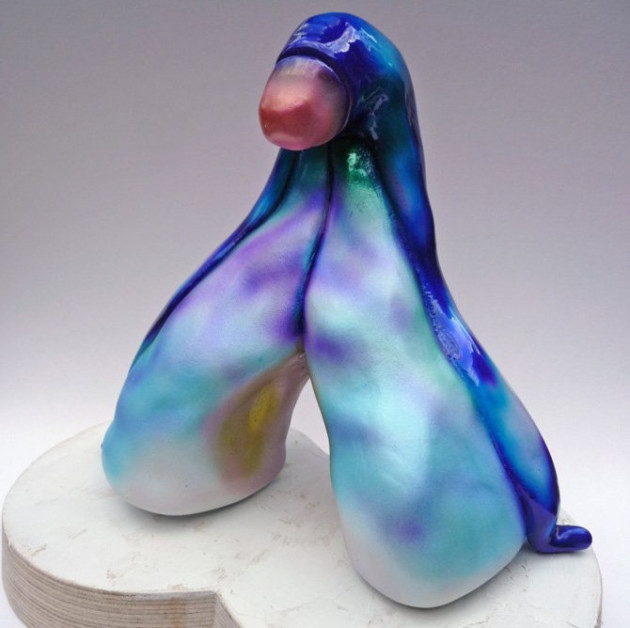 Roxy Topia & Paddy Gould: ‘Internal Clitoris (one size does not fit all)’ – paint and lacquer on air-dried clay, wood