ART STUFF on a train # 98: ‘Abstraction and Tragedy’ - FAD Magazine
Skip to content 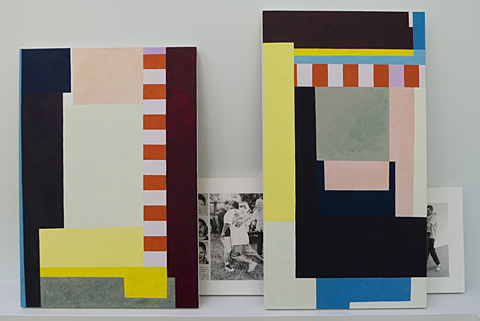 The Whitechapel Gallery’s ‘Adventures of the Black Square: Abstract Art and Society 1915-2015’, featuring 100 artists, is full of interesting byways in the history of geometric abstraction, such as suprematists other than Malevich, Andrea Fraser’s mock lecture, Oskar Schlemmer’s ballet – and an intimately-scaled and shocking installation of colourful tempera paintings with black-and-white photographs which had the look of capturing dance poses. ‘Many Readers of One Event’ is by Doug Ashford, who remains best known as founder member of the New York collective Group Material, who worked collaboratively from 1979 to 1996 to create exhibition spaces that functioned as forums to put political considerations in conversation with aesthetic forms: ‘The AIDS Timeline’ is a mixed-media installation which reconstructs the history of AIDS and indicts the government’s inaction and society’s complicity in that inaction. That might not sound like abstraction, yet it connects, as the figures are actually actors re-enacting the grief-stricken collapses of parents who have just discovered their children murdered. Ashford, who is talking at the Whitechapel on March 12, has said that his installation ‘embodies a way of looking simultaneously at two different kinds of intellectual organization of affect: one identifying with an experience — the act of empathy — and another that is off-center, examining the ways in which abstraction might create a condition for sharing an experience of something without a reference’. As a result ‘we can see ourselves as more than specific instruments produced by ideological contexts’. That’s very much in the spirit of Malevich’s aim of deepening visual experience… 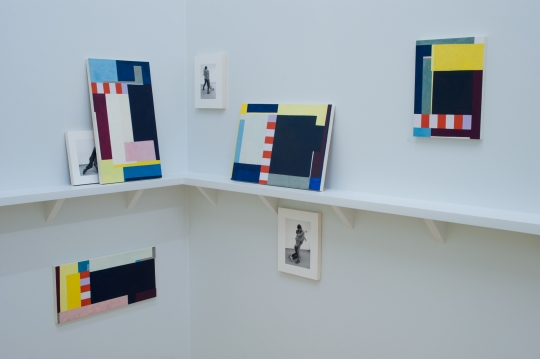