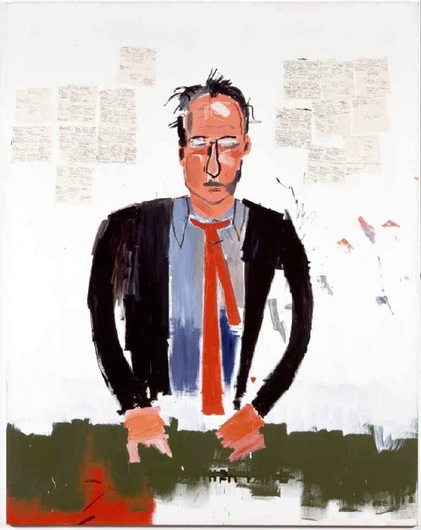 There is a great eclectic exhibition at Pace London titled ‘A Strong Sweet Smell of Incense’that takes as inspiration the character and career of celebrated art dealer and pioneer, Robert Fraser, curated by Brian Clarke.

Clarke was a close friend of Fraser and is also one of several Pace artists who were once represented by the Robert Fraser Gallery – including Jim Dine, Claes Oldenburg and Jean Dubuffet. Rather than adopting an academic approach, Clarke’s selection of work captures the spirit and energy of his friend while also providing a historic context for Fraser’s flamboyance, dynamism and avant-garde gallery programme. 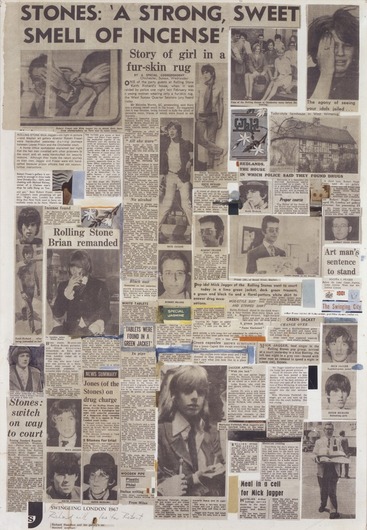 Pace’s exhibition also evokes the artistically flourishing London of the 1960s, when popular culture, music and art collided with Robert at the epi-centre. Paul McCartney has referred to Fraser in Groovy Bob as “one of the most influential people of the London sixties scene”. Robert Fraser was instrumental in producing the Sgt Pepper’s Lonely Hearts Club Band album cover after he introduced Peter Blake to The Beatles. 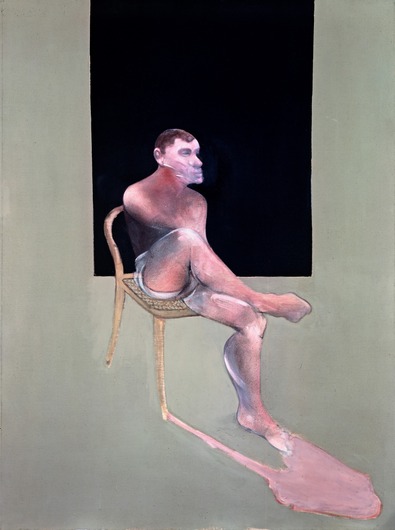 In the 1960s and the 1980s, the Robert Fraser Gallery was London’s preeminent gallery showing both European and American emerging artists. Fraser opened his gallery in 1962 with an exhibition of works by Jean Dubuffet, and, over the years, fostered close relationships with luminaries of contemporary art. After leaving London to spend much of the 1970s in India, Fraser reopened in 1982 with an exhibition of works by Brian Clarke from the late 70s and early 80s, some of them on view in A Strong Sweet Smell of Incense. These works sparked the inspiration for Pace’s exhibition. “The art world at the time was really tired. Nothing was really happening. But the feeling was, if anything was going to happen, it would be at 21 Cork Street.” Brian Clarke, Groovy Bob.

Clarke’s selection of works in A Strong Sweet Smell of Incense represents the wide ranging influences and eclectic taste of a highly sophisticated aesthete. There are works that Fraser admired, that he owned, that were once on view at his iconic London gallery or passed through his hands or that reflect the cultural background in which the gallery flourished. The artists on view all once exhibited or had close personal relationships with Fraser. Hamilton immortalised his dealer in his Pop Art masterpiece Swingeing London 67, a screen print of a famous news image in which Fraser is handcuffed to Mick Jagger inside a police van, following their appearance in court on drugs charges. The title refers to the term Swinging London and mocks the judge’s decision on imposing what he literally called a swingeing penalty.
Other highlights in the exhibition include a portrait of Fraser by Basquiat, who the dealer represented in the 1980s. A Sweet Strong Smell of Incense will also include a selection of documentary photos of the dealer with artists and friends, and a recreation of Fraser’s desk based on an Ian MacMillan photograph.

Robert Fraser
Robert Fraser (b. 1937, d. 1986) was a leading dealer of contemporary art in the 1960s in London. Called “a superb dealer” by Leo Castelli, the Eton graduate was one of the first figures to present works by leading American and European abstract painters and Pop Art painters in London, capturing the swinging spirit of the city in the 1960s. Fraser shuttered his gallery in the 1972 to spend time in India. He reopened the gallery in 1982 where he continued to present exhibitions by newly relevant artists such as Jean-Michel Basquiat until closure due to illness in 1985. He died in 1986 from complications related to AIDS. Fraser’s influence spanned cultural spheres; his likeness was captured in works by Jean-Michel Basquiat, Jim Dine, Richard Hamilton and Larry Rivers, and he brought leading figures in music from the 1960s into his artistic circle, notably The Rolling Stones and The Beatles.

Clarke’s stained-glass works and paintings have been the subject of exhibitions at international museums including the Gemeentemuseum, The Hague; Sezon Museum of Art, Tokyo; Munich Stadtmuseum; the Centre International de Vitrail, Chartres; and the Vitro Musée, Romont, Switzerland. His work is represented in international public and private collections worldwide, including the Corning Museum of Glass, Corning, NY, where his 1,000-square-foot installation The Glass Wall (1998) is on view. Clarke lives and works in London.