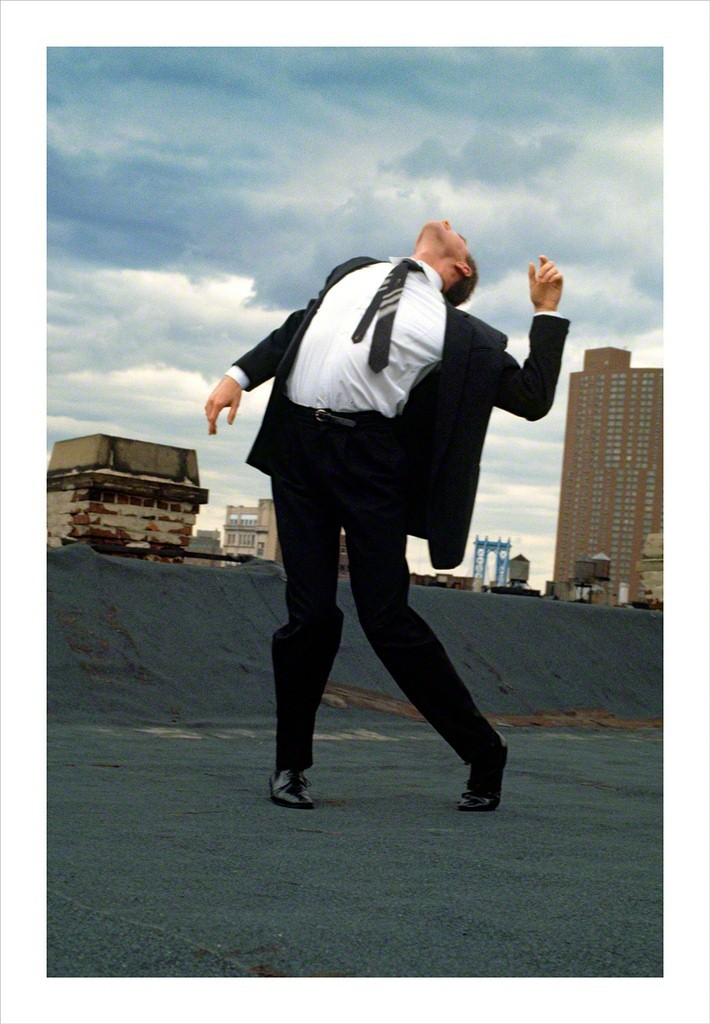 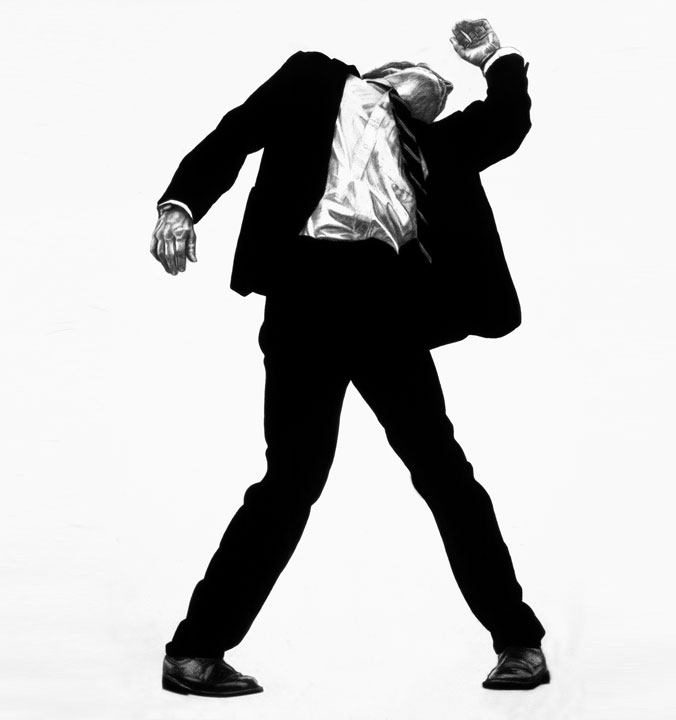 Robert Longo: photo and drawing from ‘Men in the Cities’

Paris Photo – like the broader-based FIAC art fair – has the advantage of the soaring splendour of the Grand Palais as its venue, which swallows 169 galleries easily enough. The focus on photography is very pure, with no moving images presented, but in other ways – historical periods, styles, presentation of publications, talks, and special exhibitions – the range is impressive. I’ve chosen two different angles on well-known works. Robert Longo’s iconic late 70’s series of big, intensely detailed charcoal drawings ‘Men in the Cities’ shows figures caught between dancing and falling as if just shot. They were based on photos of Longo’s friends – such as Cindy Sherman and Larry Gagosian – acting out exaggeratedly in business suits on rooftops. In Camera Gallery, Paris, showed some of the less often seen original photographs. Richard Avedon’s ‘Dovima with the Elephants’, 1955, in which the model wore the first evening dress designed for Christian Dior by his new assistant, Yves Saint-Laurent, is one of the most famous fashion photographs (edition 30/100 is on sale at Phillips, London this week, est. £30-40,000). Vanessa von Zitzewitz keeps the contrast of grace and power in her updates at Bernheimer Gallery, Munich, but drops the haute couture for an alignment of skins suggesting environmental empathy. Paris Photo is highly popular, which translates into considerable crowding and queues: the space granted to the individuals seemed implausible… 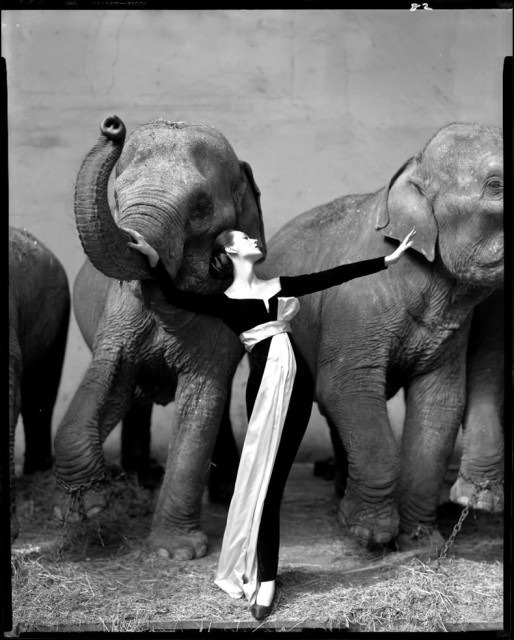 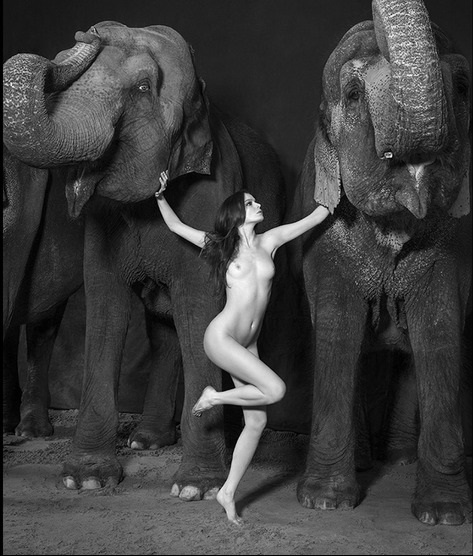