Paul’s ART STUFF on a train # 79: ‘Battle of the Behemoths' - FAD Magazine
Skip to content 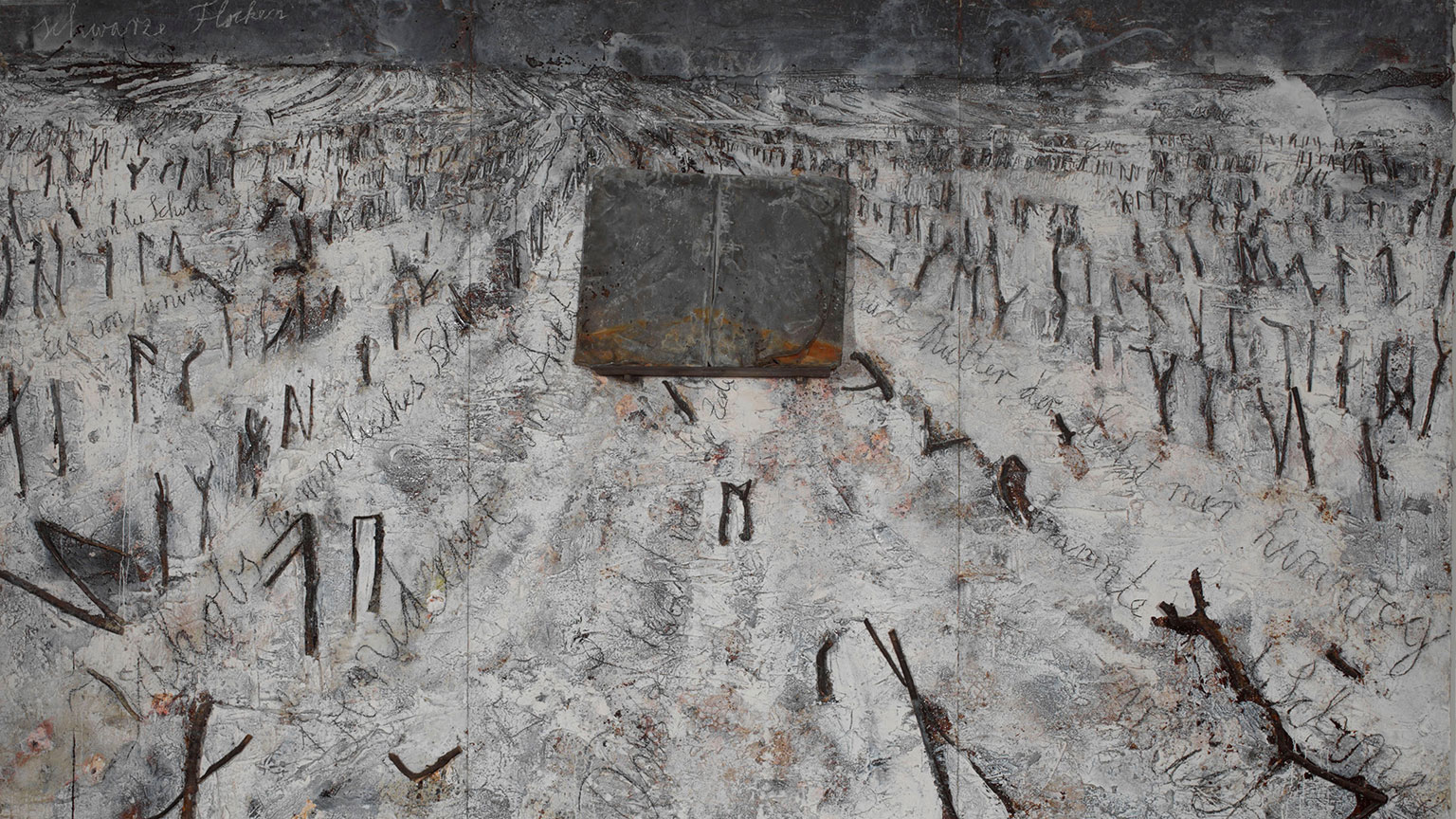 London currently features something of a battle of the German behemoths. Anselm Kiefer is immense at the Royal Academy. He’s known, of course, for vast canvases dredging through history, having faced up to the past even in the early 60’s, when his fellow German artists tended to ignore it. The incorporation of soil, sunflowers, even submarines into the paintings, is as expected. And the huge sculptures, including Kiefer’s first ever externally located vitrine pieces, are less surprising than the watercolours which pair nudes with views of cathedrals from the France in which Kiefer has long lived. Here the monumental is restricted to the architecture, and the parallel between religious and sexual ecstacy. Marian Goodman has just opened her London outpost with several of Richter’s many streams of painting practice. Sigmar Polke takes centre stage at Tate Modern. Neo Rauch has half a dozen big paintings in the fascinating Brueghel-themed private selling exhibition ‘The Bad Shepherd’ at Christies Mayfair. Those four, along with Kippenberger and Baselitz are the big beasts. Jonas Burgert (born 1969) belongs to the next generation, but his carnivalesque apocalyptic scenes of mass confusion and strange beauty at Blain Southern hark back further: Bosch with the modern twist of fluorescent paint. ‘stück hirn blind’ spans a Kieferesque eight metres. When he works more simply, the disturbance remains: faces merge with animal headdresses, sculptures are bandanged, trees strapped to men, hands separated from their bodies. 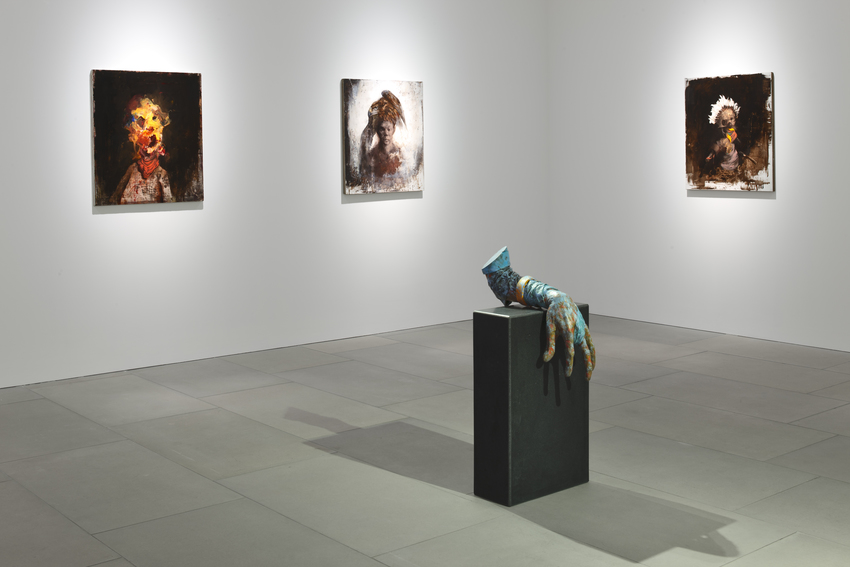