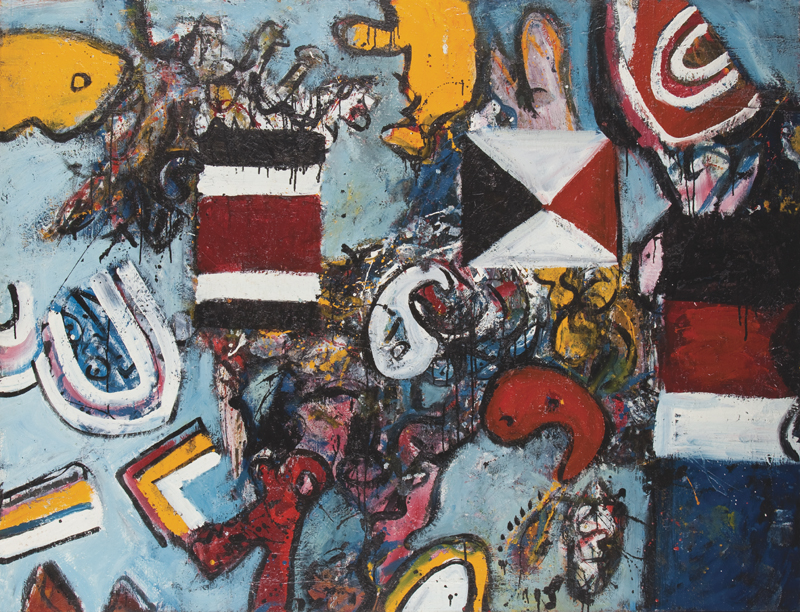 It’s been hard recently to avoid two artists who were internationally famous in the 1950’s – 60’s, fell out of critical favour, and are now being repositioned as significant enough for comparison with Moore, Hepworth and Bacon – which would lead to an upturn in prices. Alan Davie (Falkirk 1920 – Hertfordshire 2014) died just before his shows opened at Tate Britain, the Portland Gallery, Gimpel Fils (his long-time representatives) and Alan Wheatley. He was arguably the first European – unless we count de Kooning as Dutch – to adopt the heroic action painting mode with success, and the Portland Gallery’s strong selection from his unquestionably hot 1957-62 period was decidedly de Kooningesque. You can find Lynn Chadwick (London 1914 – Gloucestershire 2003, so 100 years on) in the Royal Academy courtyard, Blain Southern and Osbourne Samuel. So: is the hype justified? You can argue that (1) they were overrated in the 1950’s; (2) they undermined their early reputations by getting stuck in set formulae (Chadwick’s shape-heads) or by moving too far from their strengths (Davie’s switch from jazzy spontaneity to clearer-cut symbolism); or (3) you might claim – as the galleries obviously do – that they simply passed from fashion, the whims of which disguised their true worth. For me, it’s a mixture of all three, but especially (2), for both… but it’s nice to have the shows to facilitate forming a view. 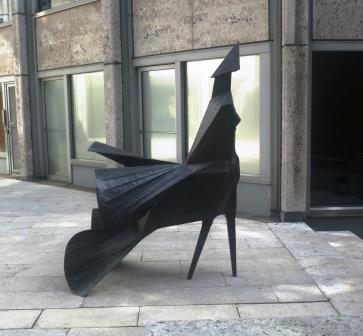