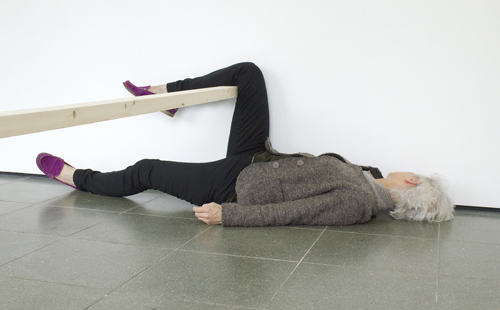 The rising popularity of art may owe something to the speed with which it can generally be seen, and the control which the viewer has over the length of time taken – both well-suited to an age of instant gratification. The more durational type of performance art is a harder sell: what if you’re stuck in the middle of an hour of madness or rigour? Maybe it’s easier, then, if the duration required is restricted to the performer. The Serpentine Gallery enhances its exhibitions through complementary live events on some Saturdays, and I caught a good example on 12 April. Leah Capaldi’s contribution was viewable in the Sackler Centre at the back of Haim Steinbach’s retrospective in the old gallery, which itself links very effectively to Martino Gamper’s display in the new gallery: shelving and display feature in both shows, and those themes were picked up in Capaldi’s Hung. Two models took turns of an hour each to lie flat with one leg dangled on a bench / beam / shelf / barrier, playing with subject as body as object as art. Spectators were left to decide whether to step – transgressively? – over the obstruction. Another context, the Imperial War Museum for example, might have triggered the more traumatic aspects of a body on the ground. As it was, the roles of viewer, participant and actor entered a quieter feedback loop with Steinbach’s presentation – and one you could see in seconds and think about later… 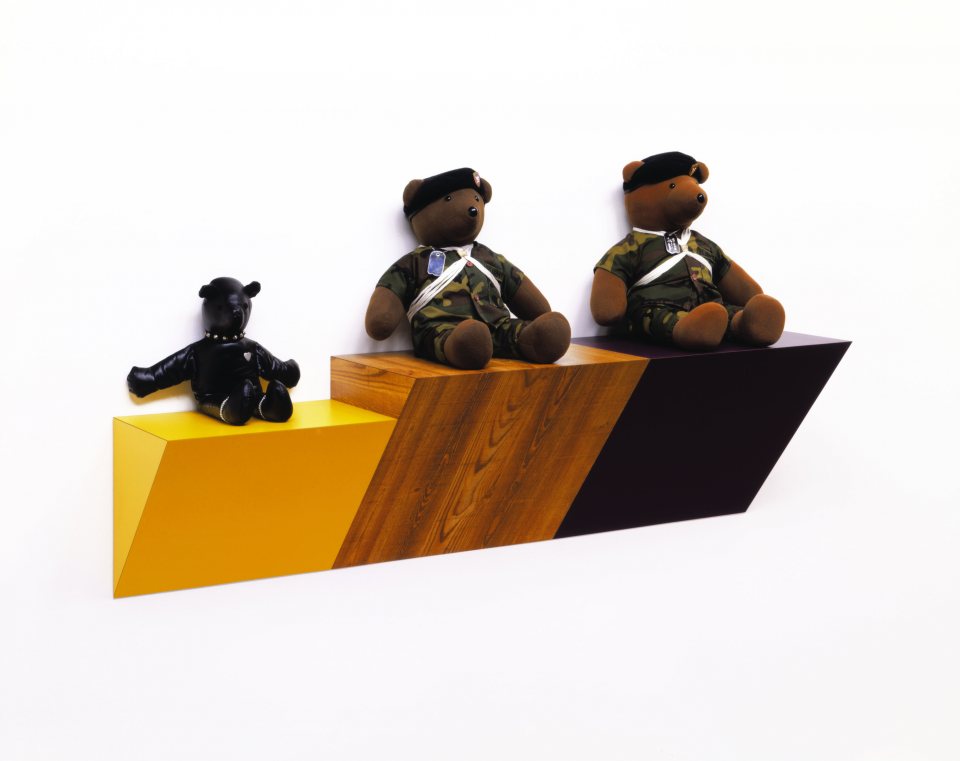