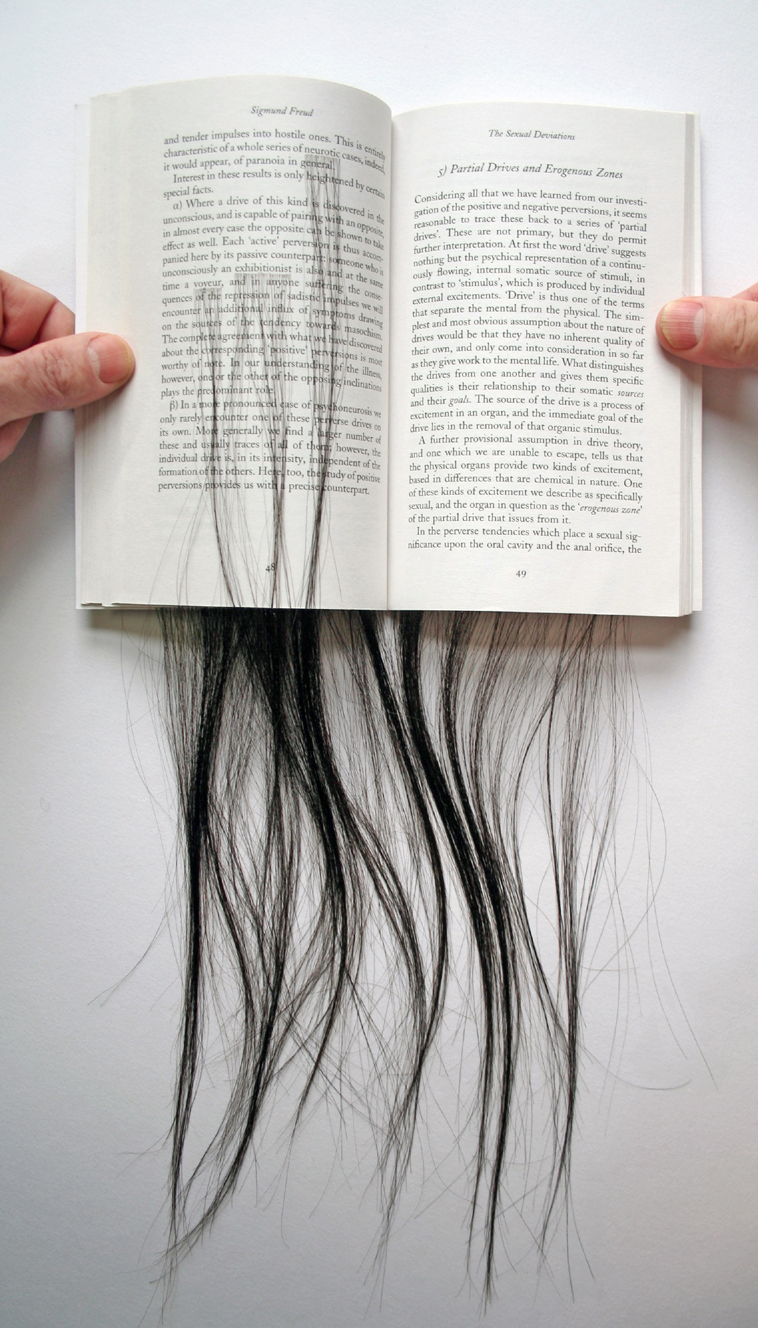 ‘Post-internet Art’ – a current buzz-term meaning work informed by the web, rather than anticipating its demise – is well represented in London now in shows by Camille Henrot (Chisenhale), Hito Steyerl (ICA) and Trisha Baga (Anita Zabludowicz). Yet there’s still a perverse pleasure to be taken in the art of altering and deconstructing the old-fashioned book, and Carolyn Thompson is among the most imaginative such practitioners. Her recent show at the Eagle Gallery (Feb-March) focussed on Penguin’s Great Loves group of publications. Full stops are joined by lines to form the tangled analogue web of a seduction from Kierkegaard’s ‘Seducer’s Diary’; in ‘Gasping for Breath’ we see pages from Anaïs Nin in which the female character has an orgasm, but with only the punctuation left to hint at what hardly suits words; and, most strikingly, Freud’s Deviant Love grows hair on every page, laboriously glued in place to emphasise the terms which he regards as expressing aberrations: neurotic exhibitionist voyeur etc. Thompson’s title, My Funny Valentine’, suggests an overture proposing the fulfilment of impressively varied desires. Thompson also channels the scopophiliac aspect of art appreciation, and picks up on one of Freud’s examples in his account of ‘fetishism’ as when ‘what is substituted for the sexual object is some part of the body (such as the foot or hair) which is in general very inappropriate for sexual purposes, or some inanimate object which bears an assignable relation to the person whom it replaces’. The Internet has, of course, proved ideal for such interests… 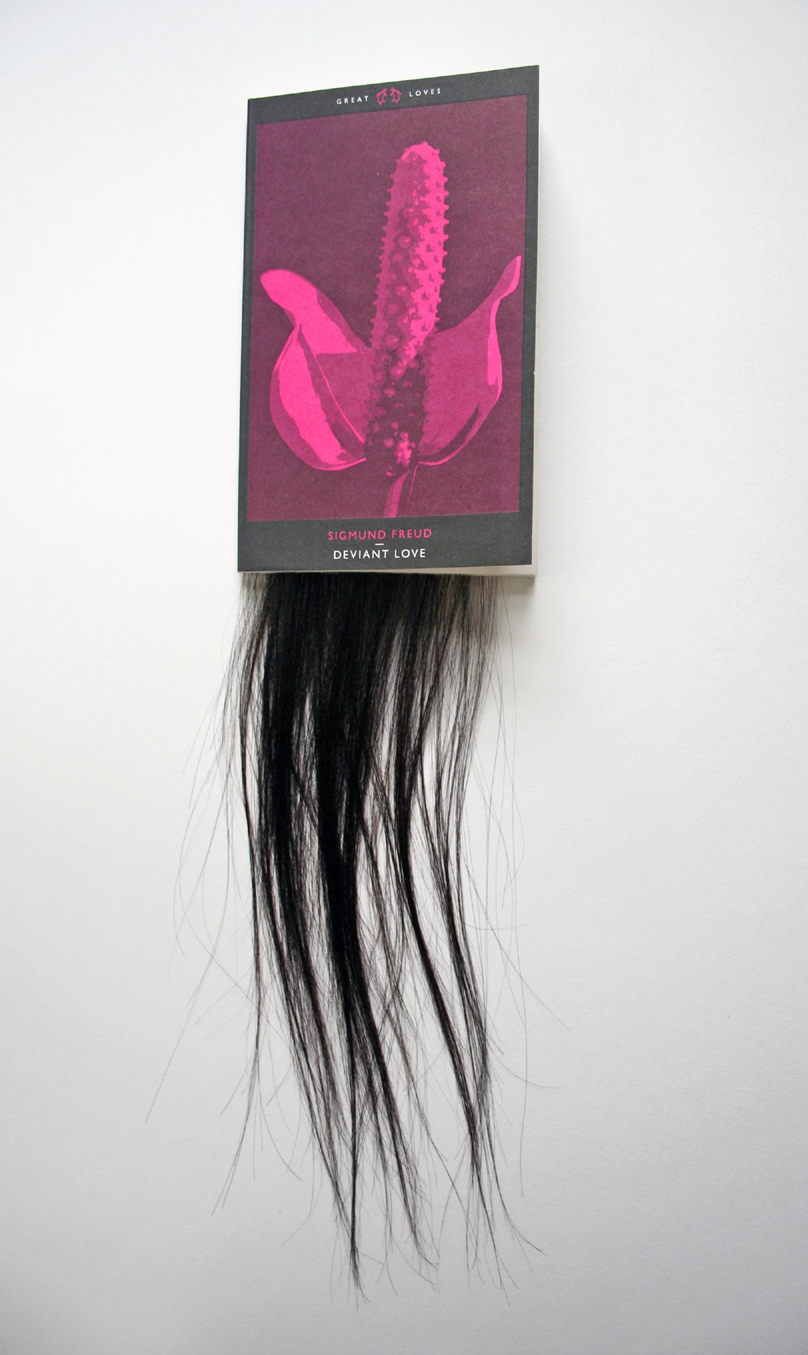