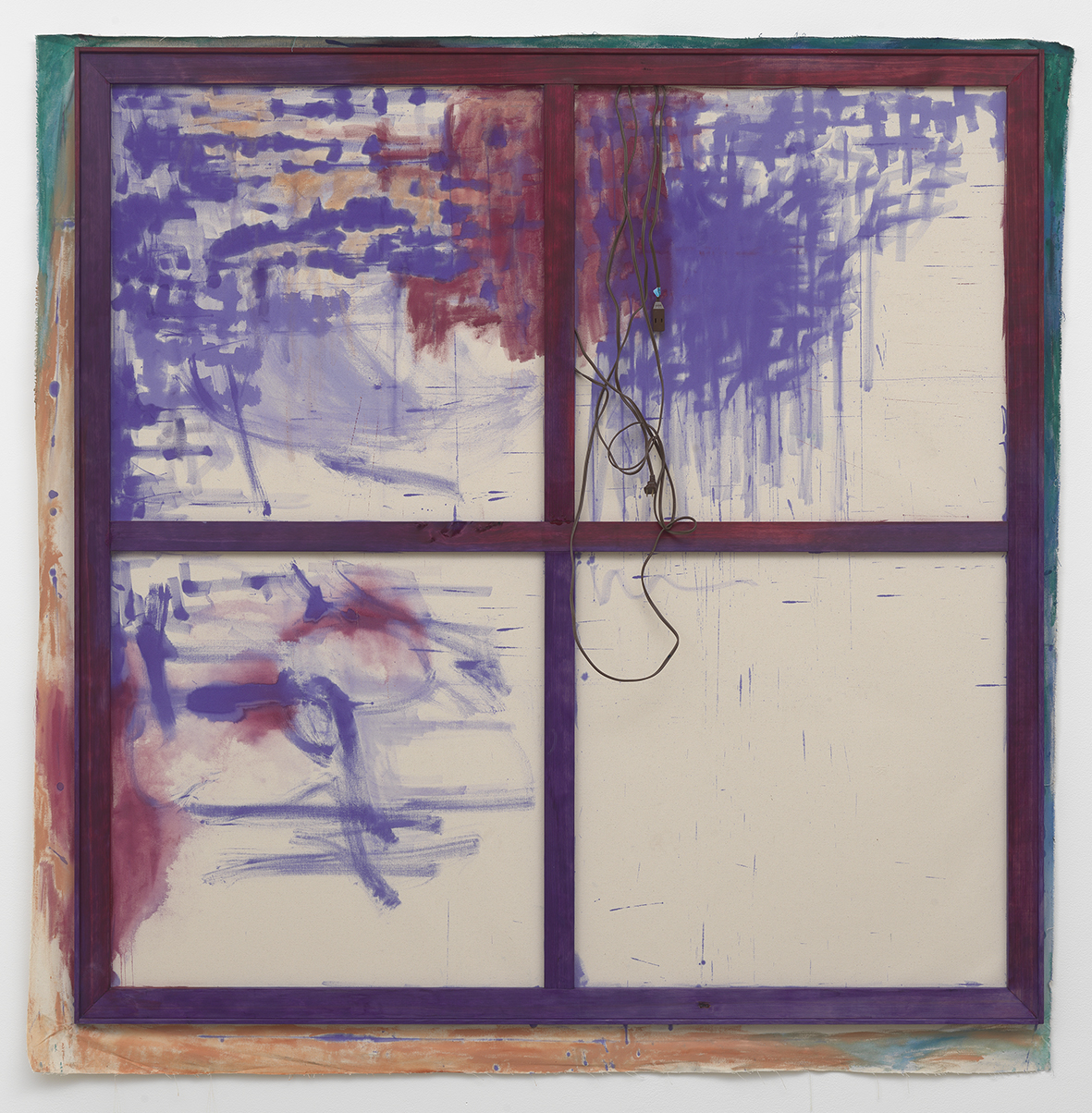 Two fine shows by 70’s-born sculptors opened on 30 January. They feel very different yet share a surprising amount. Manchester-based Samantha Donnelly and Portland, Oregon’s Jessica Jackson Hutchins both use ceramics, unusual framing and clothing with personal connections; and both combine sculpture with their less familiar wall-based works. Hutchins is known for ceramic/plaster sculptures/vessels which take the place of figures on found sofas. There are five at Timothy Taylor (to 8 March), one incorporating a shirt of her husband’s (I know the feeling: not every old favourite of mine makes it through the spousal pre-washing condition assessment). Hutchins’ recent canvasses are stained with furniture polishes, which she uses like paint, and foreground their support structures to make frames of sorts. Polke and Tapies are summoned as well as Frankenthaler and furniture. In my favourite, it’s as if the outer rim of stained canvas is framing the frame. Donnelly (at Ceri Hand to 1 March) brings a poised haphazardness to figure-sized combinations of appropriated items, built around a ceramic sculptural heart. The artist’s leather trousers are in the mix: Donnelly explained they were a ‘difficult’ item to wear in practice, however, seductive the prospect. Here, too, I liked the wall-based work: Donnelly blew up adverts from aspirational lifestyle magazines then photographed, scanned and reprinted them, picking up distortions along the way, before re-photographing and developing the results. Their darkroom black and white seeks, perhaps, to return the impersonal fecundity of the post-digital image to the more closely attended world of analogue history… 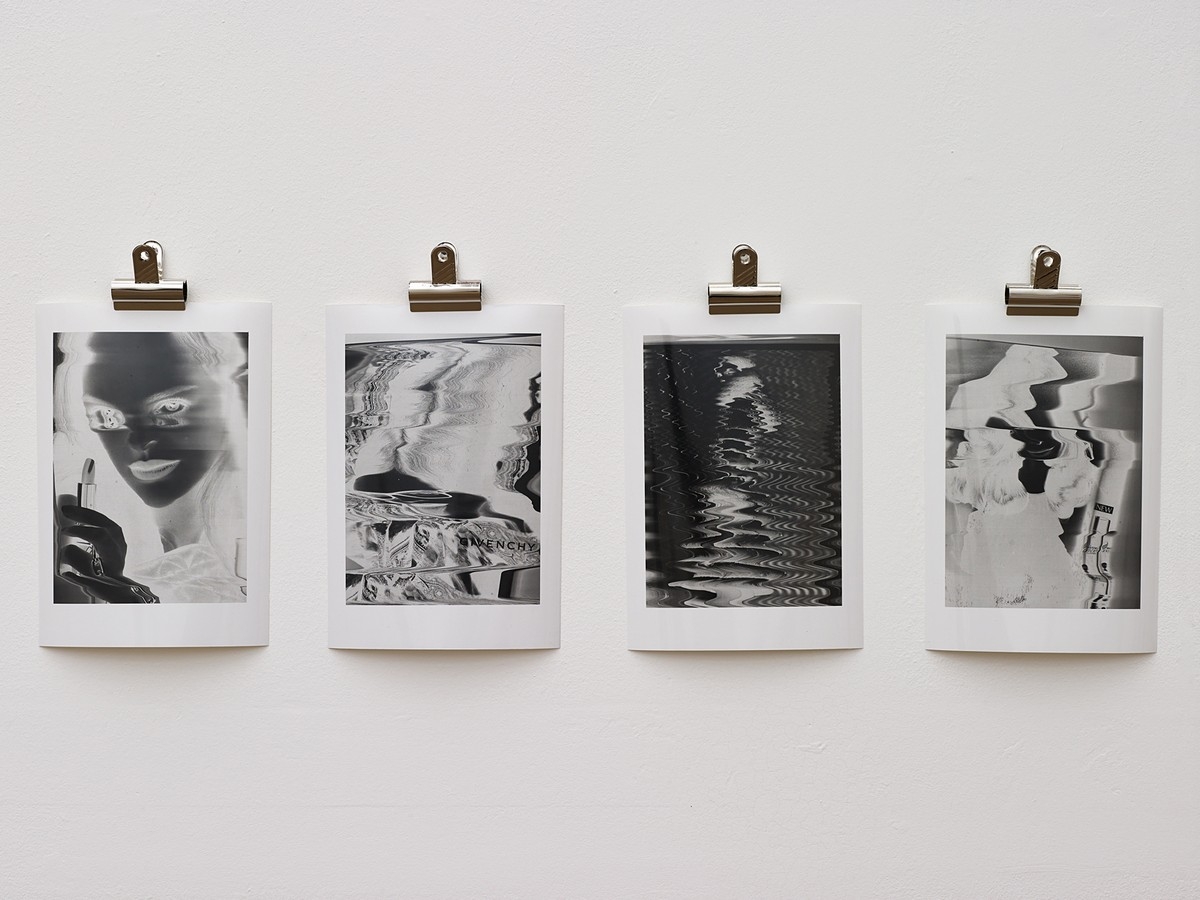