ART STUFF on a train # 32: ‘The Surprising Nude’ - FAD Magazine
Skip to content 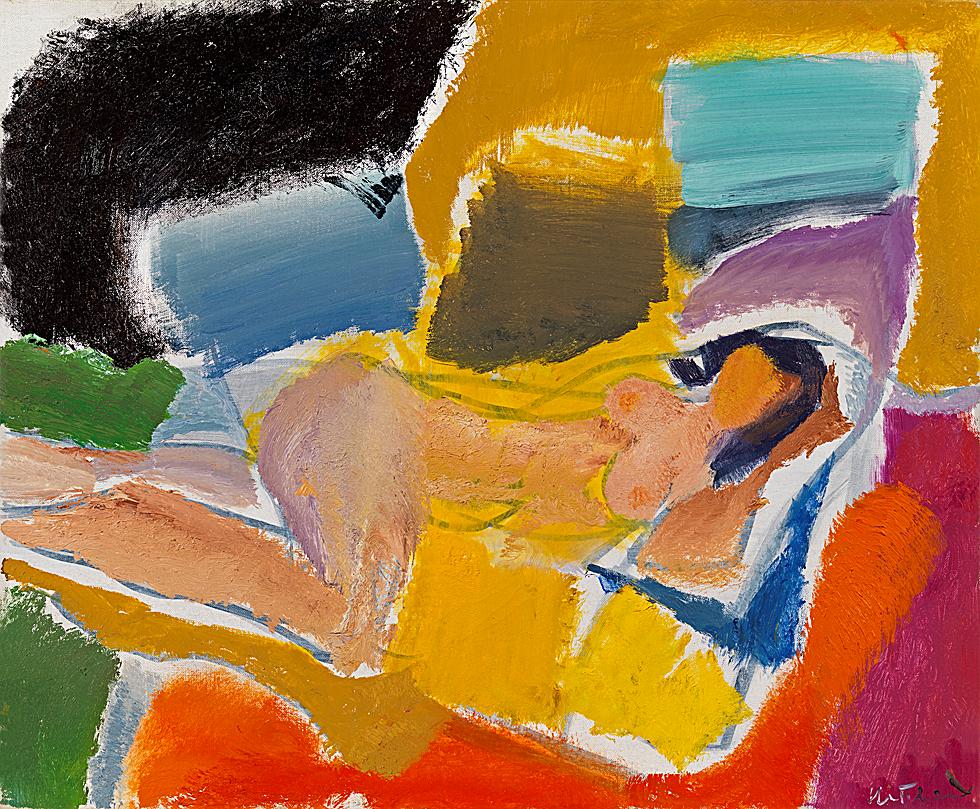 It’s interesting to see atypical works by famous artists: John Chamberlain’s paintings, Barbara Hepworth’s photograms, Hiroshi Sugimoto’s sculptures, Cy Twombly’s photographs, John McCracken’s mandalas. Think of Ivon Hitchens (1893-1979) and you’ll think of his elongated landscapes, typically of wooded scenes in the South Downs. Indeed, there are 10 lush examples in Richard Green’s current exhibition Ivon Hitchens: Romantic Modernist (to 14 Dec). Yet I hadn’t previously realised that typical Hitchens exhibitions during his lifetime sprinkled nudes and still lives among the landscapes. Richard Green’s show revives that by including a still life and three nudes: a hot Fauve from 1948; a 1965 figure which tends towards landscape; and one from 1968 which makes abstract play with cushions. Those three have enough brio to make it seem a pity that Hitchens was held back from painting more of them by his inability to afford a model. And it wasn’t just Hitchens: the other landscape, still-life and abstract-oriented painters of his generation reverted to the figure from time to time, consistent with the life class training of their student years. William Scott, Patrick Heron and Ben Nicholson all produced interesting examples. In Scott’s case, not only did he return frequently to the figure, but some blurring occurs, as it’s easy enough to read his still lives in more sexual terms than his nudes. 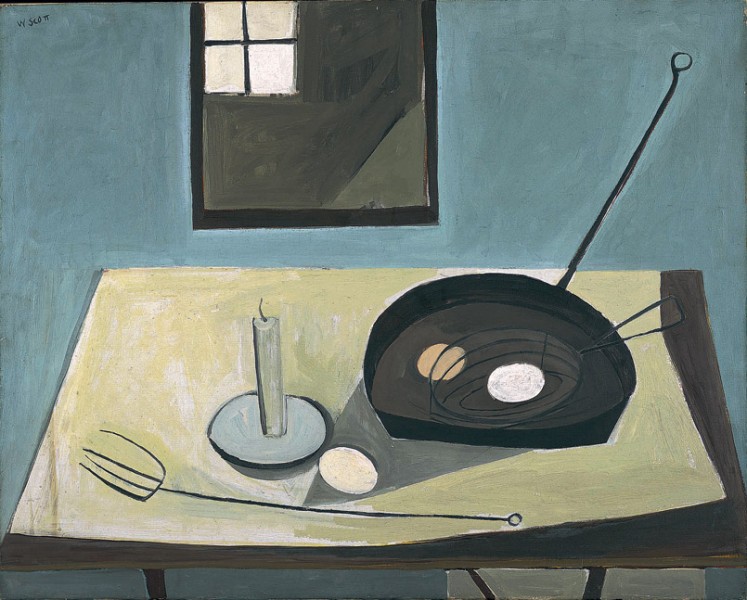