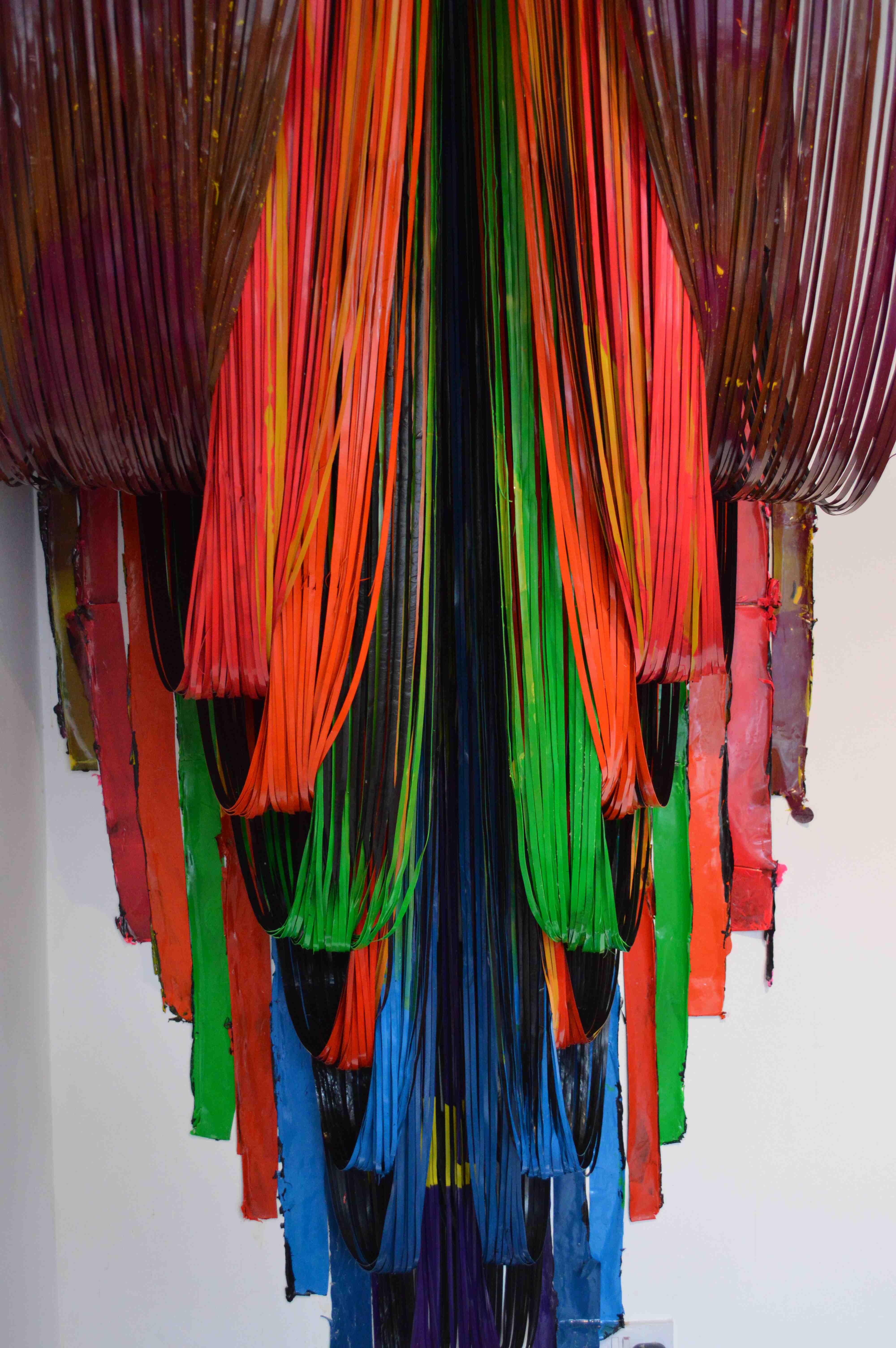 What’s a painting? The obvious answer is paint on canvas, or maybe better some kind of liquid which dries onto some kind of ground. But it’s possible to make something best considered a painting without using any liquid: take DJ Simpson’s router in MDF works or Sergei Jensen’s carpet pieces. Else liquid may be used without a ground, as in Lynda Benglis’ poured latex painting/sculptures or Piers Secunda’s objects and wall-hung reliefs formed entirely from industrial paint: he even uses paint to make the bolts which hold them in place. Glenn Brown has made paint-sculptures which push Auerbach’s portraits all the way to 3D, as well as flat photo-realist depictions of their thick impasto.

One could add Eduardo Costa, Analia Saban, Paul Desborough and Wang Yuyang. So there’s a definite tradition behind the practice of emerging artist Jonathan Gabb, currently showing (to 16th Nov, with an artist’s talk on this Thurs, 7th) at A Brooks Art on Hoxton Street, an attractively adventurous and characterful artist-run space which occupies a former Victorian florist’s. Gabb’s bright work suits that lineage, as does the show’s title, ‘Opera Rose’, which is actually a type of electric pink acrylic paint. Gabb applies paint to rigid plastic sheets, allows it to dry, then strips it off to form ribbons which he hangs to seize space with pure colour. 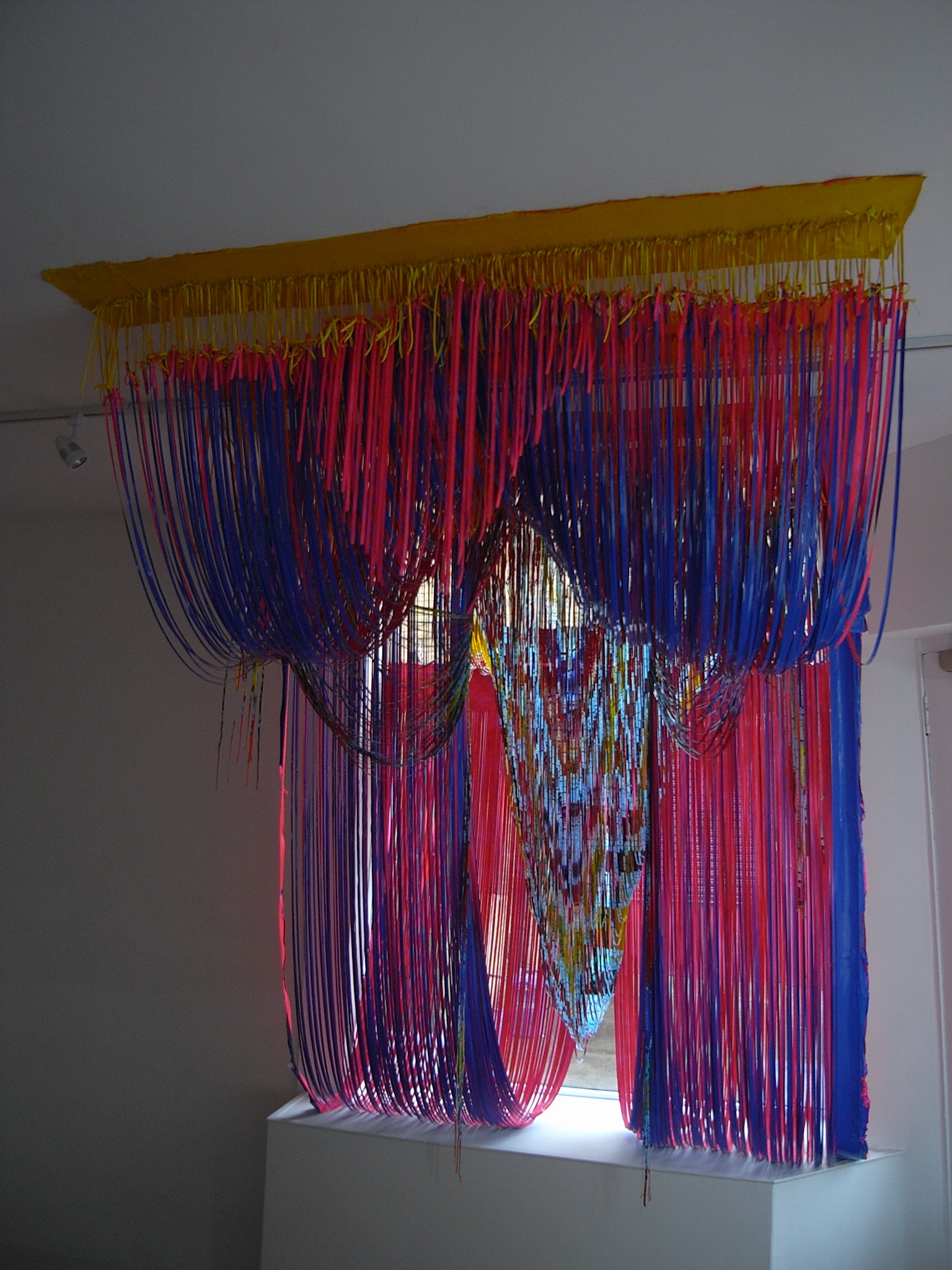