IC-98 A View from the Other Side at Beaconsfield Artists Talk and Reception: Tonight, Friday 2 March at 6.30pm - FAD Magazine
Skip to content 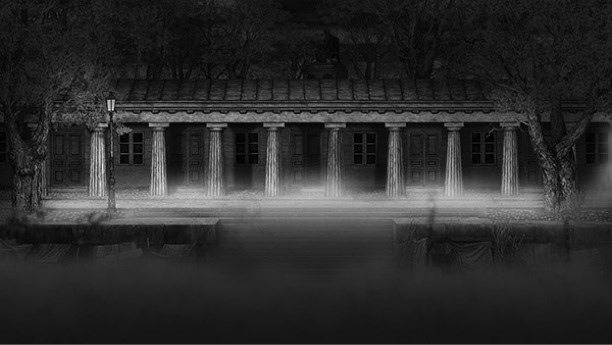 Tonight Artists IC-98 will discuss their collaborative practice and the works being screened at Beaconsfield.

A portico by the river undergoes transformation as hours pass, seasons change and centuries follow each other. The subject is the Gyllic Stoa, a controversial neo-clasical building in Turku, Finland which has served as fishmarket, bazaar, restaurant and petrol station in its time, before being left to decay for twenty years. This slow-burn, meticulously drawn animation meditates on public space, immigration and neo-liberal city policies.

Based in Turku, Finland, IC-98 are Patrik Söderlund and Visa Suonpää.
Beaconsfield’s FlatScreen exhibition A View from the Other Side is generously supported by The Finnish Institute in London.

Programmed all the year round with new or seminal work from artists working with moving image, FlatScreen is the digital plane that creates opportunity to move fast and react to new possibilities.