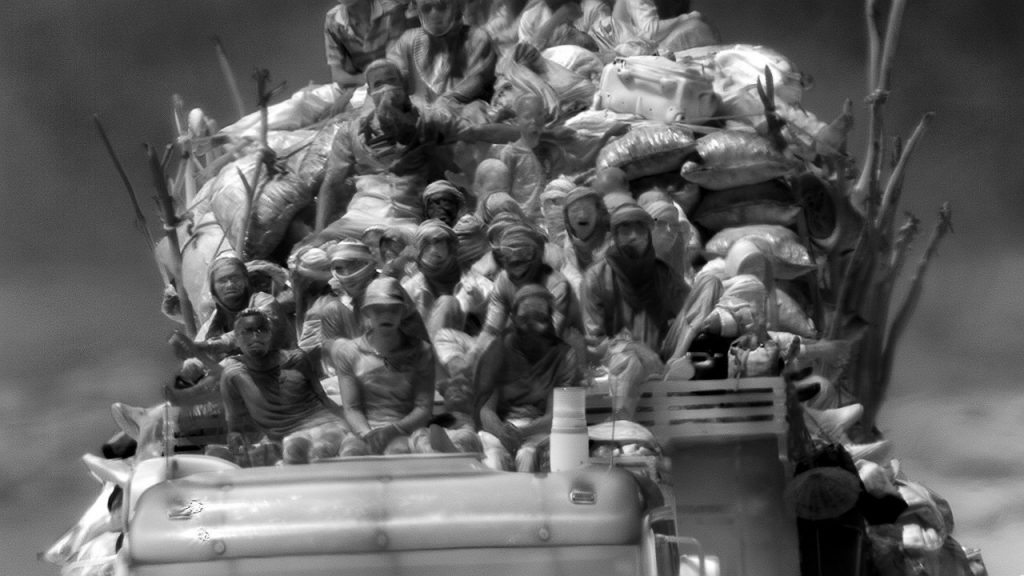 Richard Mosse: Incoming @ The Curve, Barbican
Richard Mosse has created a hard-hitting installation in the Barbican’s Curve gallery. Three screens show footage from a military grade thermographic imaging technology. We see refugees being rescued from boats and footage from refugee camps, where a lone man prays. Seeing fighter jets taking off and strafing targets with a deafening roar of a soundtrack is shocking and brings home the reality of the world we’re often insulated from. Another brilliant exhibition from Mosse. Until 23 April. 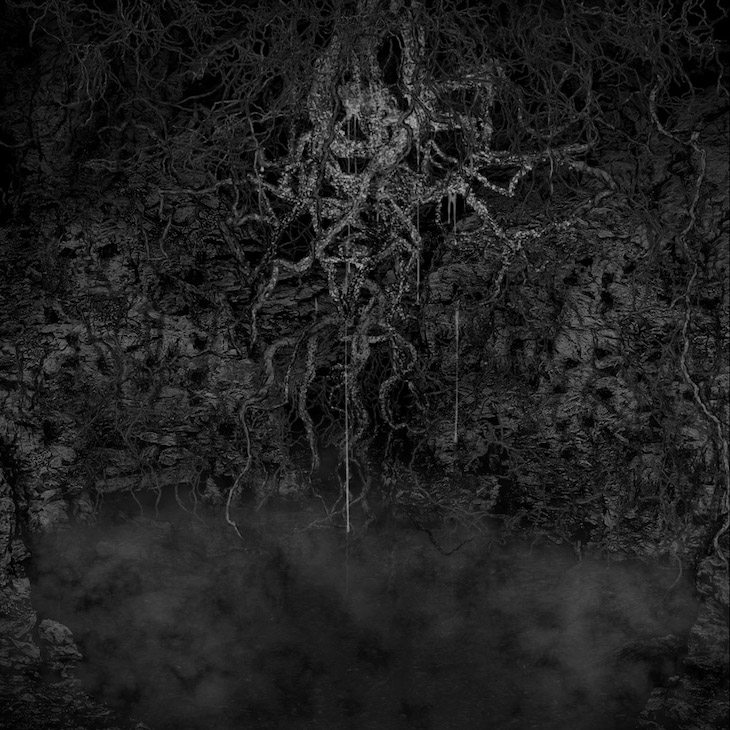 IC98: Meditations on the Anthropocene @ Beaconsfield Projects
Step into darkness for two supremely atmospheric films. Both are projected into cavernous spaces, one where we stand at the top of steps and watch souls get sucked into a giant cloud. In the other a giant space feels claustrophobic as roots grow on screen and sound reverberates us — we felt like people could appear from the darkness around us. A fantastic first visit for us to this gallery in Vauxhall. Until 23 April.

Casebooks @ Ambika P3
The cavernous Ambika P3 space plays host to an ambitious installation by six artists all based on an historical medical archive. A calf made from the same calfskin that binds the archive books repeats words from texts, a giant blue lake is part of performance and a computer tells us our future. It’s bonkers, but brilliant. Until 23 April.

Sussex Modernism: Retreat and Rebellion at Two Temple Place
The breadth of this exhibition is massive. Starting with icons based on classical style, right through to surreal paintings by the likes of Roland Penrose. The exhibition is exploring how radical artists and writers were drawn to Sussex in the first half of the 20th century. A great story backed up by some brilliant works. Until 23 April. 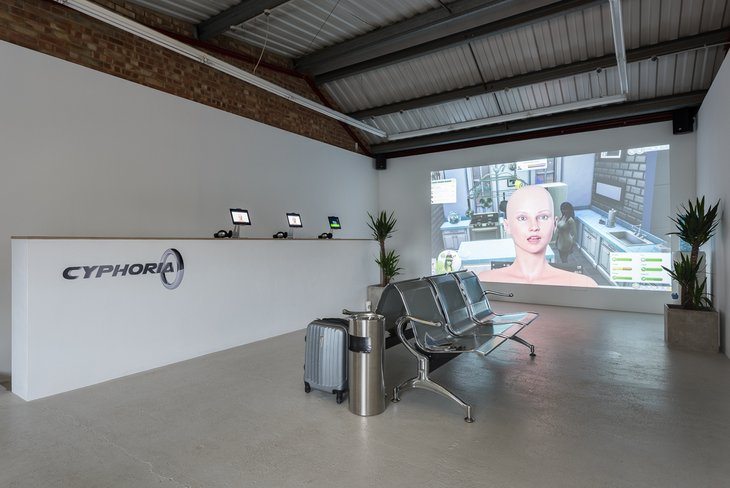 Stine Deja: Cyphoria at Annka Kultys
We walk into what looks like an airport departure lounge complete with the board, steel benches and a discarded coffee cup. But the video on screen takes us on a different journey — through cyberspace and into our own psyche. It’s surreal and imaginative. Until 22 April. 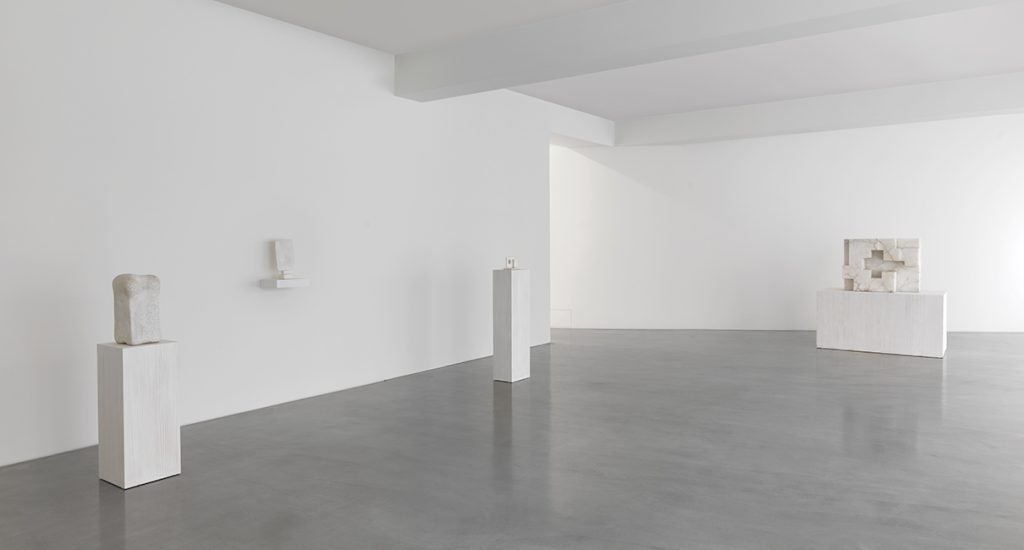 Monochrome @ Ordovas
An exhibition where every work is white is a masterclass in minimalism. Works by Richard Serra, Barbara Hepworth and Alberto Giacometti make for an excellent exhibition. Until 22 April. 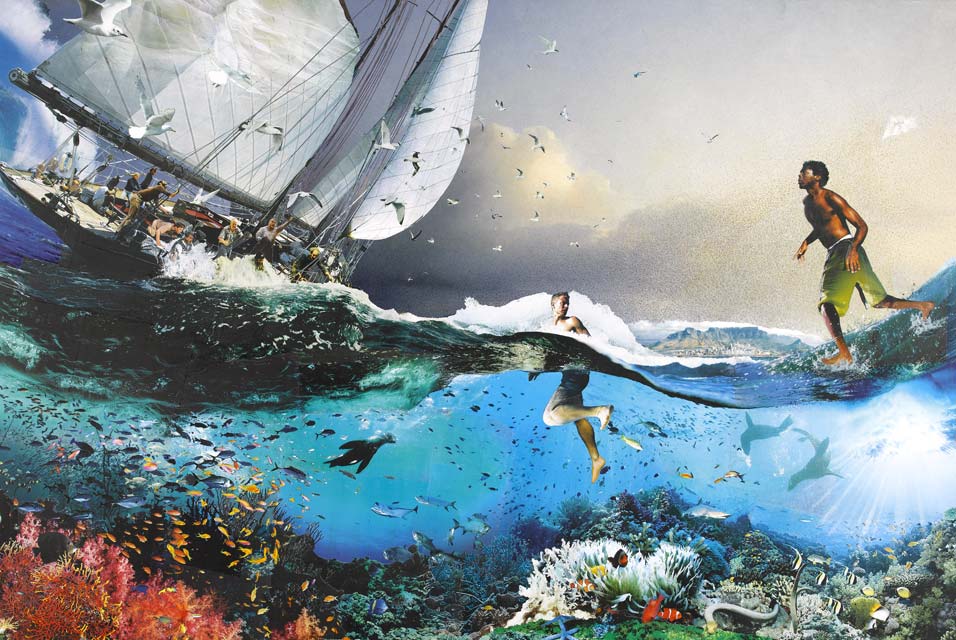 David Mach: Alternate Facts at Dadiani Fine Art
Artist David Mach is known for creating animals out of wire hangers or portraits from playing cards. This time he’s trying something new with massive collages of biblical scenes using modern imagery. The base of the tower of Babel is made up of terraced housing and a plague of locusts stream past the statue of liberty. Until 24 April.