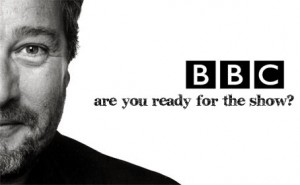 Starck’s new series, which begins on BBC2 tonight, is called Design for Life. Following the tried and tested format, he takes 12 young British designers, sets them challenges and each week eliminates the weakest. The winner becomes part of Starck’s “tribe” for six months, their triumphant concept given the opportunity to join the world’s most iconic orange-squeezer or those transparent Louis XV-style chairs.

The challenges in Design for Life are created by Starck to introduce a new way of viewing the design world.

“Although we had to make sure that everything was appropriate to be on television, the driving idea behind the series was to be real. Although it has been designed as an elimination show, a familiar model that viewers have seen so often, actually within that we were genuinely trying to give these young designers a chance to enter Starck’s world and engage with his philosophy and do the things that he wanted them to do. And that’s what subsequently happened, sometimes to the huge bafflement of the students.”

The icing on the cake with Starck’s series is that the successful design is, as intended, a thing of beauty and function and hopefully it will go into production once Design for Life has aired.
‘Design for Life’ starts tonight, 9pm, BBC2 Via (The Independent)