The lastest online exhibition at the artist-run gallery, 81 Leonard Gallery features new works by Méïr Srebriansky. ‘Age of Resin’ is a survey of the artist’s work in a new medium. 81 Leonard is run by Nancy Pantirer and Elaine Mitchell. The Gallery’s mission is to promote the works of emerging artists.

Srebriansky’s latest show marks the third traumatic event to impact his process. The Strasbourg native and New York-based artist’s survey are abstractions in a new medium, resin. His first experience with resin was in the form of a flower for his wife and the medium has taken new volumes.

Influenced by American New Wave Cinema, ‘Age of Resin’ takes impulsive forms in an exuberant manner with the foundation of realism. Various pigmented flowers bloom, breaking the fourth wall as you step into space.

‘By the Lake, Bird’s eye view, 2019’ explores the physicality of space. The gradient scale of blues in oil paints creates a base as the resin radiates from the center of the piece. The yellow cast resin echos the circular-shaped canvases found in the show. Often in tondo relief carvings, the background is obscure. In Srebriansky forming of these round paintings, there is not an indication of beginning and end. 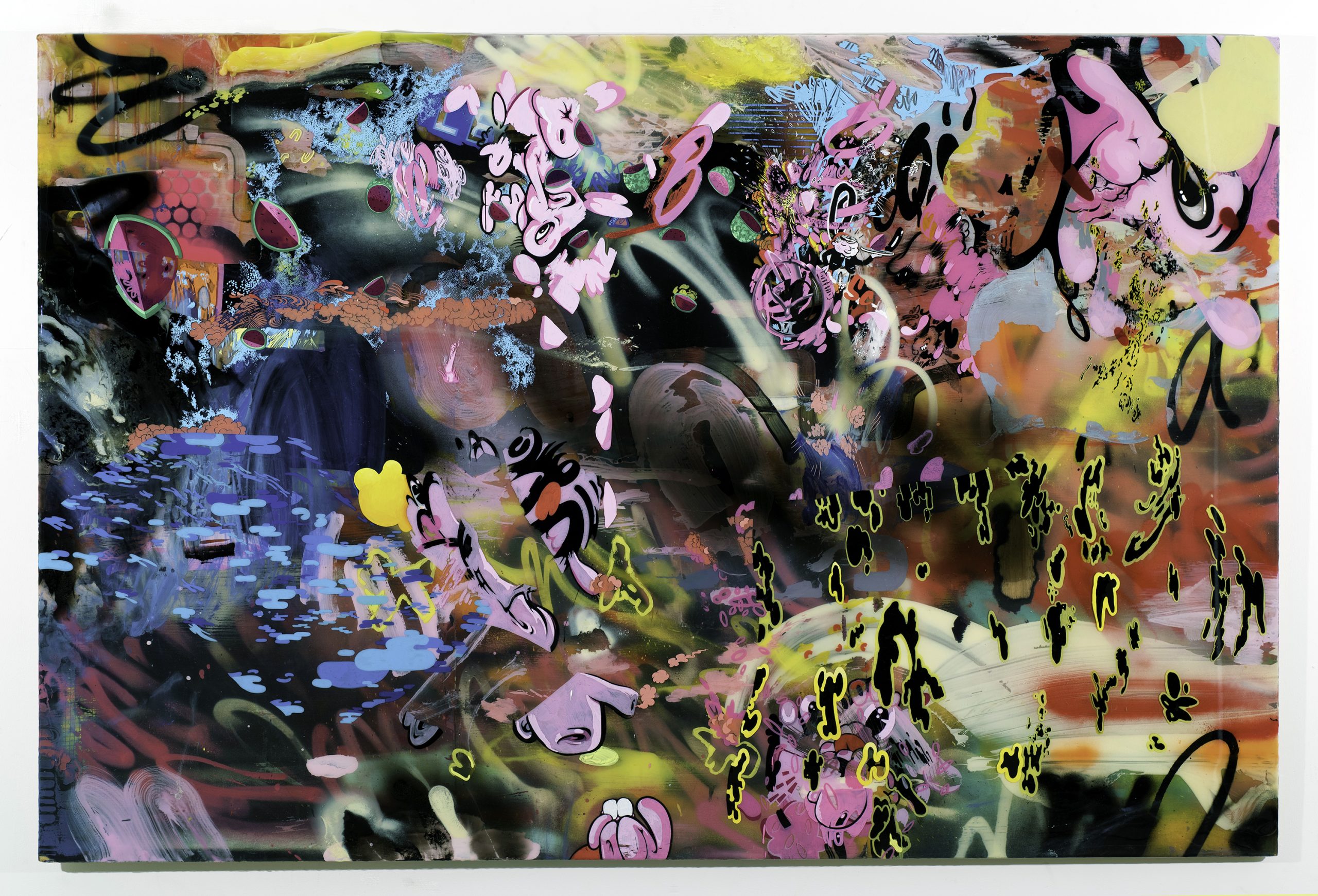 There are several High Renaissance accents, specifically three Tondos. The circular-shaped canvases are high-gloss and clear in appearance. The word derives from the Italian word, Rotondo, meaning round.

In an opposing hallway are frames displayed in a salon-style design. All of these works in this area are acrylic on paper and embody the life-like nature of the resin pieces in a two-dimensional format. The works are gestural in nature and the highly pigmented colors captive the viewer’s eyes in closer. 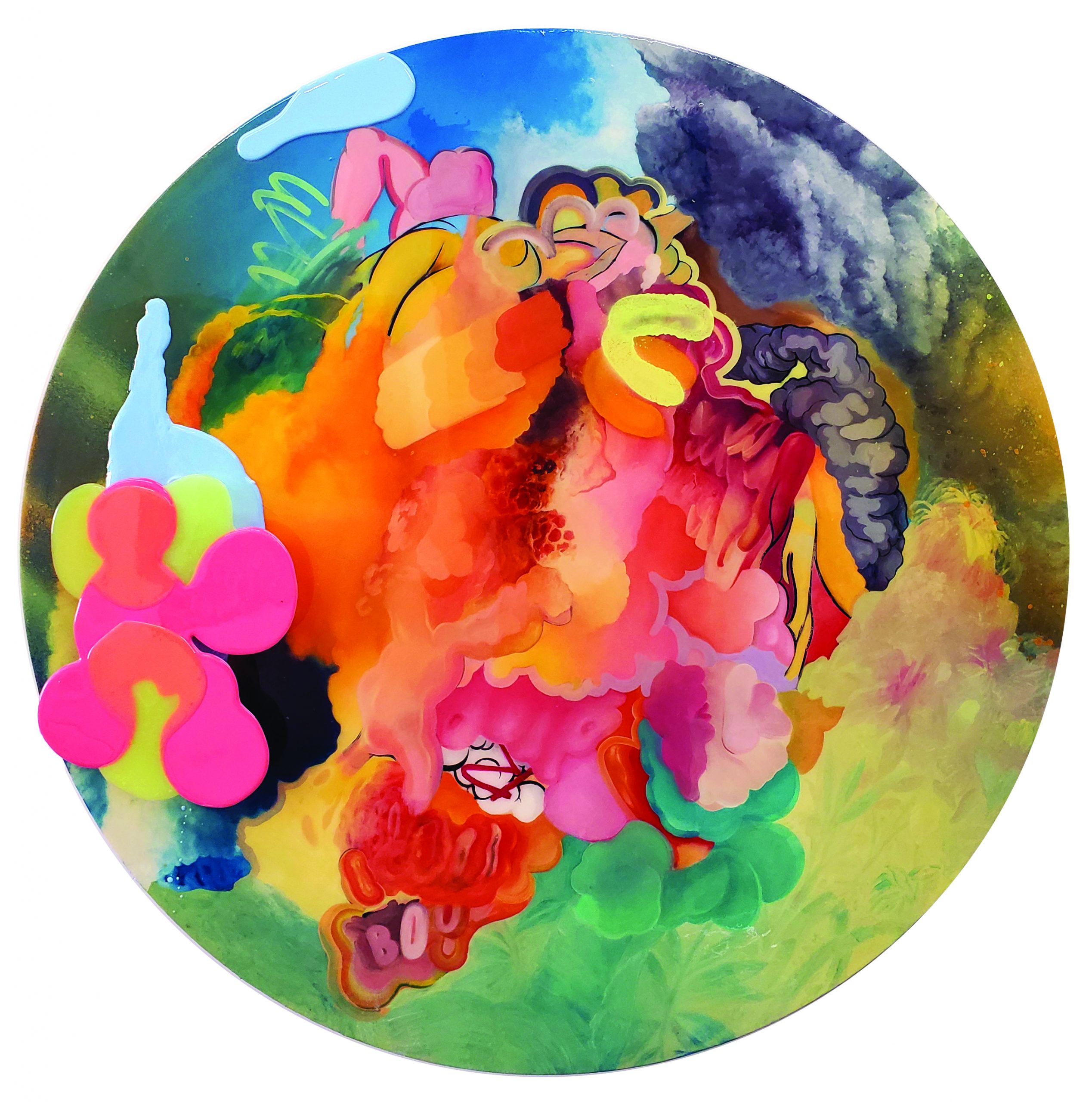 Similar to the two-component system of resin, the initial reaction to ‘Age of Resin’ is depth and dimension, and transforms into unity. The show parallels the chemical reaction that occurs in the making of resin. The hardening nature creates a contrast between the oil and volume of the protruding elements.

All of the pieces in ‘Age of Resin’ do not seem to have a starting point, instead, there is a collaborative element to each medium involved. From spray paint, epoxy, to resin and various pigments the abstract compositions emits clarity among the chaos.