British artist Brian Dawn Chalkley is the recipient of the 2022 David and Yuko Juda Art Foundation Grant. The grant gives £50,000 to an artist to help alleviate some of their financial pressures and give them freedom to concentrate on their practice. The announcement was made at 7pm on Wednesday 14th September 2022 at Annely Juda Fine Art in London

The deciding panel for this year’s grant was made up of the Foundation’s trustees, David and Yuko Juda, Nina Fellmann, Rupert Faulkner and Paul Calkin, joined by Andrea Rose (Former Director of Visual Arts, British Council), Reinhard Spieler (Director of the SprengelMuseum, Hannover) and Jonathan Watkins (former Director of IKON, Birmingham).

This year choosing was incredibly difficult-all eight could have been awarded the grant. However, we felt that Brian Dawn Chalkley’s work stood out as somehow quite different and was a revelation to us all.

This year’s shortlisted artists were Savinder Bual(b. 1976, Hitchin, England), Brian Dawn Chalkley (b. 1948, Stevenage, England), Lubna Chowdhary (b. 1964, Tanzania), Angela de la Cruz (b. 1965 La Coruña, Spain), Sean Edwards (b. 1980, Cardiff, Wales), Siobhán Hapaska (b. 1963, Belfast, Northern Ireland), Hilary Lloyd (b. 1964, Halifax, England), and Avis Newman (b. 1948, London, England). The David and Yuko Juda Art Foundation charity was set up in 2017 and this is the fourth year of grant giving. Each year, a curator is appointed to put forward around eight artists for consideration for the grant. This year the co-curators of the grantwereIngrid Swenson, curator and writer, and Andrew Wilson art historian, critic and curator. 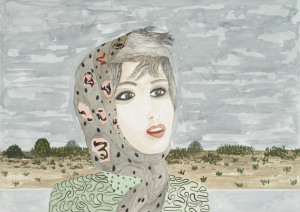 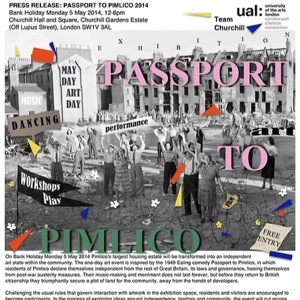 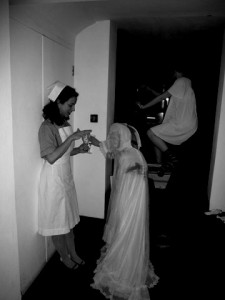 For their Fourth installment at the Whitechapel Art Gallery the Red Velvet Curtain Cult presents ‘Voyeur’. An evening of gazing, […]