Weed’s reputation among creatives is stellar. Many well-known artists confess their love of weed as a relaxant and a creativity booster. Even superstars, from Lady Gaga to The Beatles, have officially recognized their use of weed to make their creative juices flow.

But is there any objective evidence that would prove the impact of weed on creativity? How does this process occur at the physiological level? Let’s clarify what laypersons and scientists know about the weed-creativity link thus far.

Can Weed Spark Your Creativity?

In a nutshell, creativity is the person’s ability to exercise divergent thinking. It means you can find an alternative solution that hasn’t come to others’ minds. If we approach creativity from this angle, cannabis can be of real help as it assists in typing seemingly unrelated concepts together.

Best Strains for a Creativity Boost

Scientific findings are conflicting, which hints at the individual nature of the human response to weed’s psychoactive properties. It can bring a creativity boost to you while leaving others’ creative juices unchanged. Sometimes the problem also lies in the strain choice; you may just smoke the wrong weed type that has nothing to do with creative potential. Many users also report the mind-opening experience after weed consumption, which allows them to get to their creative ‘zone’ – a state of mind characterized by openness to experiments and higher creative productivity.

Here are some strains with proven impact on creativity:

You can choose any other strain for your creative stimulation, as we’ve just named a couple of popular variants with proven anecdotal effects on the imagination and artistry of their users. It’s all individual, and you can find your secret creativity recipe by trying several strains.

There’s enough research evidence supporting the association of weed with creative changes. Here are a couple of findings from peer-reviewed academic journals proving this relationship:

Alongside the studies supporting the link between creativity and weed smoking, some studies refute that link and even claim the contrary effect of marijuana administration.

Thus, following these findings, one may conclude that weed changes the person’s actual perception of their creativity instead of the objective creativity 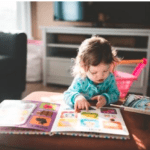 How to Write a Children’s Picture Book in 8 Steps 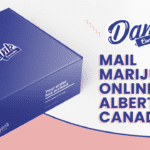 Whether you’re visiting Canada as a tourist or a resident looking for the best mail order marijuana service. The Dank […] 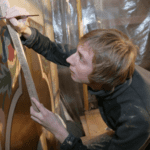 At the Crossroads of Exercise and Art: Why Physical Activity Makes You More Creative

Creatives across the world have found inspiration in exercise. Not many know this, says  Linda Weber from FITFORBEACH, but Charles […] 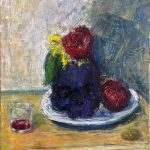 Cannabis consumption habits have changed and this is largely due to innovations with regards to consumption methods. No longer are […]