Art has been one of the strongest mediums of communication. The importance of art can be traced thousands and thousands of years back. During the ancient civilization, people used various kinds of available media and techniques to convey the subject matter to the people. However, things have changed over time. Even today, people do the same but on a modern platform. Online platforms like artfilemagazine.com have gained importance in showcasing the various kinds of artworks.

Let us dig into the important art periods and see how important it has been throughout the journey of art.

The prehistoric era is commonly known as the stone age. The prehistoric art era existed between 40,000–4,000 B.C. Art during this era was dependent on the use of stone carvings and natural pigments. Various representations of animals, objects, and other things related to different cultures and rituals existed on these stone carvings and natural pigments.

The period of ancient art existed between 4,000 B.C. – A.D. 400. Various civilizations emerged during this period. Ancient art was a part of these civilizations. The medium of work varied from civilization to civilization, although the purpose remained the same.

The medieval age is also commonly referred to as the ‘dark age.’ This period existed between 500-1400 and witnessed the cultural and economic fall of the Roman Empire. The artwork during this period, therefore, reflects darkness.

The art culture of the Renaissance period, between 1400-1600 emphasized individualism and nature. The high Renaissance period produced artists who influenced the world with their creative power and various ideals for expressing emotions.

Artists who followed mannerism idealized artists from the late Renaissance period. The figures during this period had exaggerated details. The compositions were more complex with stylized features. The technique and style of these artists often over-stressed the main subject.

This period between 1600-1750 witnessed richness and grandeur. The artists in this era were stylish but in a complex way. The paintings and the artwork during this period were often known for representing drama.

This period between 1699-1780 was all about decorative art, architecture, sculpture, and paintings. The period had softer aesthetics than the Baroque period. Lightness, elegance, asymmetrical designs, subtle colors, and the use of natural forms were the main characteristics of this period.

The Neoclassical period from 1750-1850 was extraction of classical antiquity. The focus of the era was on idealism. This period also has deep historical depictions in the artwork. There was also a hint of modern art in their work.

Romantic artists emphasized their work on imagination and the individual while rejecting the thoughts of harmony, order, and rationality. The affinity towards appreciating nature was a trait of the artists of the era between 1780-850.

The era of Realism existed between 1848-1900. It was an outcome of several events. The main aim of the artworks of this era was to capture everyday life. Accuracy was the main focus of this period.

Impressionist painters (1865-1885) aimed at catching the immediate impression of a moment. Unfinished, short, quick brushstrokes added the real feel to the sketches of this era. The subject matter of these paintings focused on modern life.

Nouveau art (1890-1910) can also be called new art. This was initiated to for creating an authentic movement. This movement was free from the limitations of the style. The main things that played a vital role were graphics, illustrations, and applied arts.

The artists of this era (1885-1910) concentrated on working alone, rather than in a group. They emphasized personal meanings, symbols, and vision. The outer world observations never played a role in their artwork.

Fauvism emphasizes the use of brushes, lines, intense colors, flat compositions, and bold surface designs. The movement was led by Henri Matisse between 1900-1935. It is a significant precursor of Expressionism and Cubism.

The loss of spirituality and worldview conflict led to the rise of Expressionism which existed between 1905-1920. Strong colors and distortion of forms successfully displayed the raw emotions and anxieties of the artists of this period.

Cubism came into the picture from 1907-1914. The concept strictly rejected the idea of copying nature. They shifted from the traditional perspectives and techniques and moved towards abstraction. The subjects of paintings of this period were often difficult to describe.

Art has been one of the most significant influencing factors for people. From the beginning of the Renaissance to Modernism, history has shown how art has influenced the entire society in various ways. The contemporary artwork that is affecting the world today itself is influenced by history. There were other forms like Surrealism, Abstract Expressionism, Op Art, Pop Art, Arte Povera, Minimalism, Conceptual Art, and Contemporary art that have been a major influence and part of the art evolved over the history.

Art is a big part of our lives, and we all have certain aesthetics that we lean toward. But do you know your favorite style? With such a variety of styles available, you deserve to find the one that you enjoy most. Here are some different schools of art that you should explore to find your own preferences. 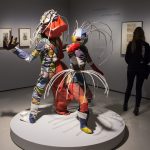 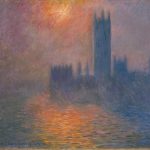 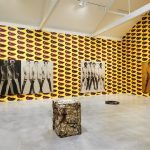