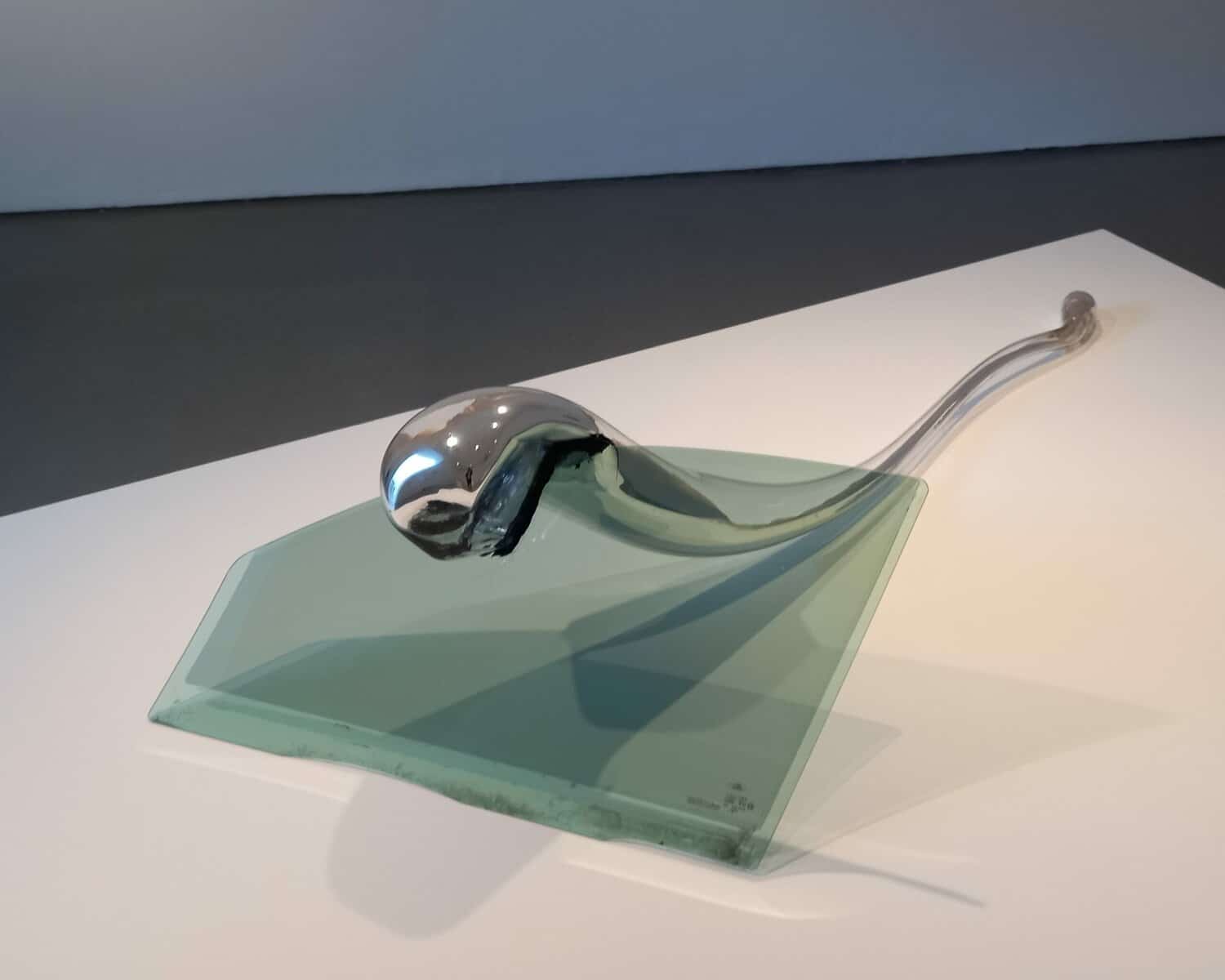 The UN has officially declared 2022 the International Year of Glass – a fact that escaped me until curator Clare O’Dowd mentioned it at the Henry Moore Institute’s highly appropriate show ‘A State of the Matter’.  Last year I wrote here about the V&A’s glass collection in the context of how, as an art material, glass hasn’t quite achieved the mainstream acceptance now fairly routinely accorded to textiles and ceramics. That’s probably down not to any lack of suitability, but to the circumstances of its production: an expensive and potentially dangerous process that doesn’t feature in art degrees as colleges don’t have the facilities, and which generalist artists can only realistically tackle on residencies. 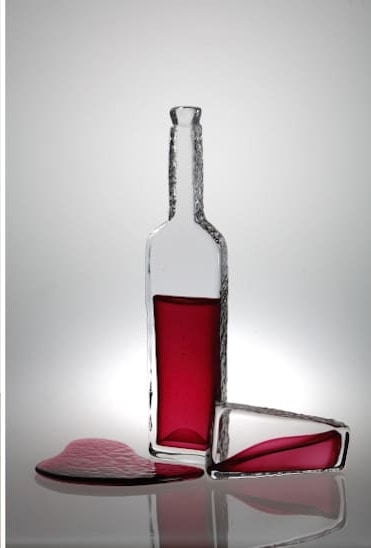 Elliot Walker: ‘Spillage’, 2019. A flattened form references still life painting, and while a solid glass bottle is hardly a surprise, the presence of apparent liquid and its spillage is a nice tease. 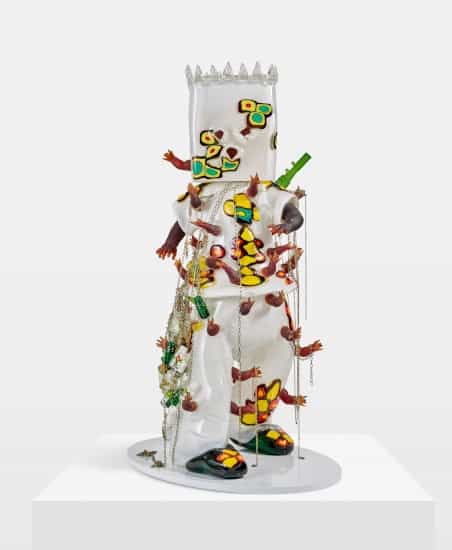 Hew Locke: ‘Mummy’s Little Soldier’, 2013. Making a project with Murano glass in Venice led Locke to the historic description of the enslaved ‘blackamoor’ and the exploitation of children as soldiers, consistent with the fragility of glass.

Petr Stanicky: ‘Mirror-Mondeo Bite’, 2014 (top image). A remarkably extended liquid mirror droplet, half creature, half distorted bumper, appears to be eating a car windscreen in a surreal look at looking through glass and into mirrors.