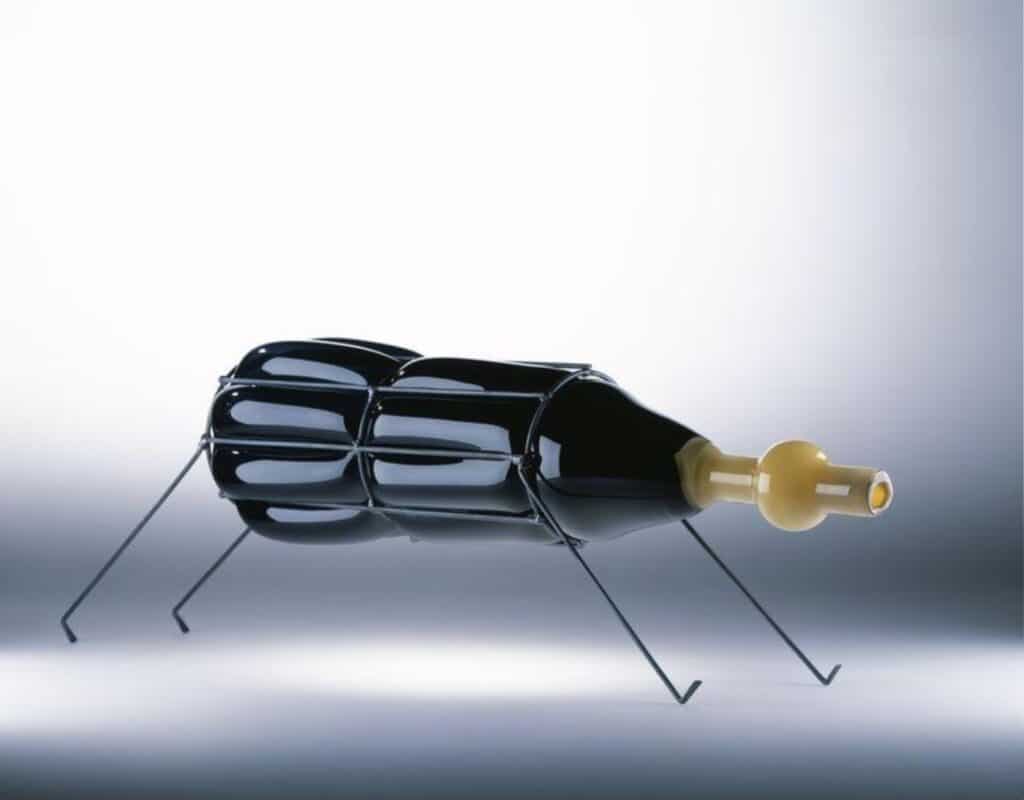 The old distinctions between ‘art’ and ‘craft’ have reduced sufficiently in recent years that ceramics and textiles can now be regarded as mainstream: one indicator of that is the publication by Thames & Hudson of Vitamin C (100 contemporary clay and ceramic artists, 2017) and Vitamin T (100 contemporary thread and textile artists, 2019). I’m not aware that Vitamin G is on the way, but it would make sense if work in glass were comparably recognised. I was reminded of that at the V&A recently, where the collections of glass are spectacular. Here are some examples: as Blondie nearly sang, ‘Soon turned out had an art of glass’:

Markku Salo: ‘Animal’, 1996 (top): a glass bottle blown into a wire cage at the Nuutajärvi glassworks in Finland makes for a witty interface between categories, with the tradition of ships in bottles in play as well as a functional vessel and the eponymous zoomorphism. 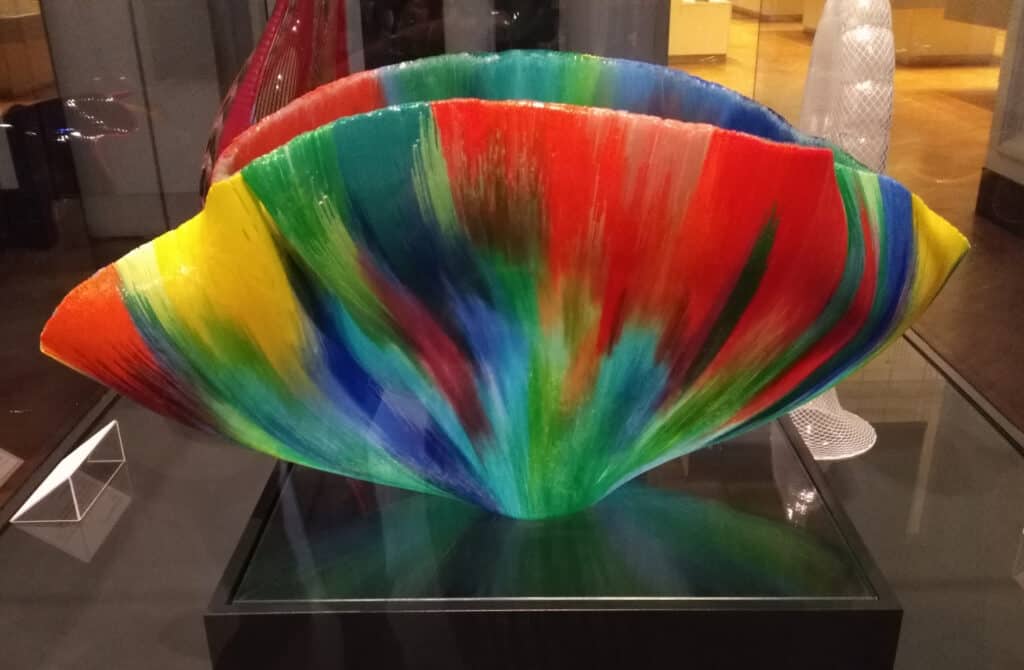 Toots Zynsky: Dondolante Serena, 2000 . On the one hand a potentially functional vase, on the other hand pretty much a thirty-layer painting by the American Mary Ann ‘Toots’ Zynsky. She’s known for developing the filet-de-verre technique, in which she layers thousands of multicoloured glass threads, fuses them in the kiln, then reaches in with heat-resistant gloves to shape the glass. 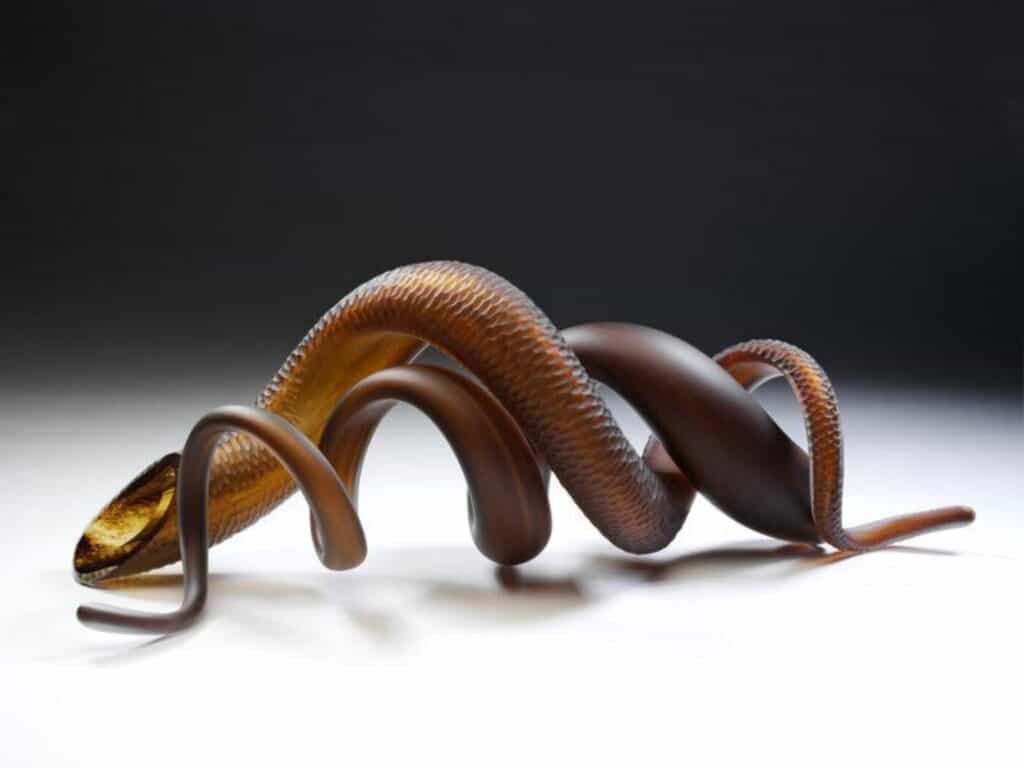 Tali Dalton: ‘Under My Wing’, 2006, British-born, Australian-based Tali Dalton suggests smooth and rough snakes – and, by implication, the variable friction in a relationship – through these intertwining forms in brown glass, one with wheel-cut surface decoration. 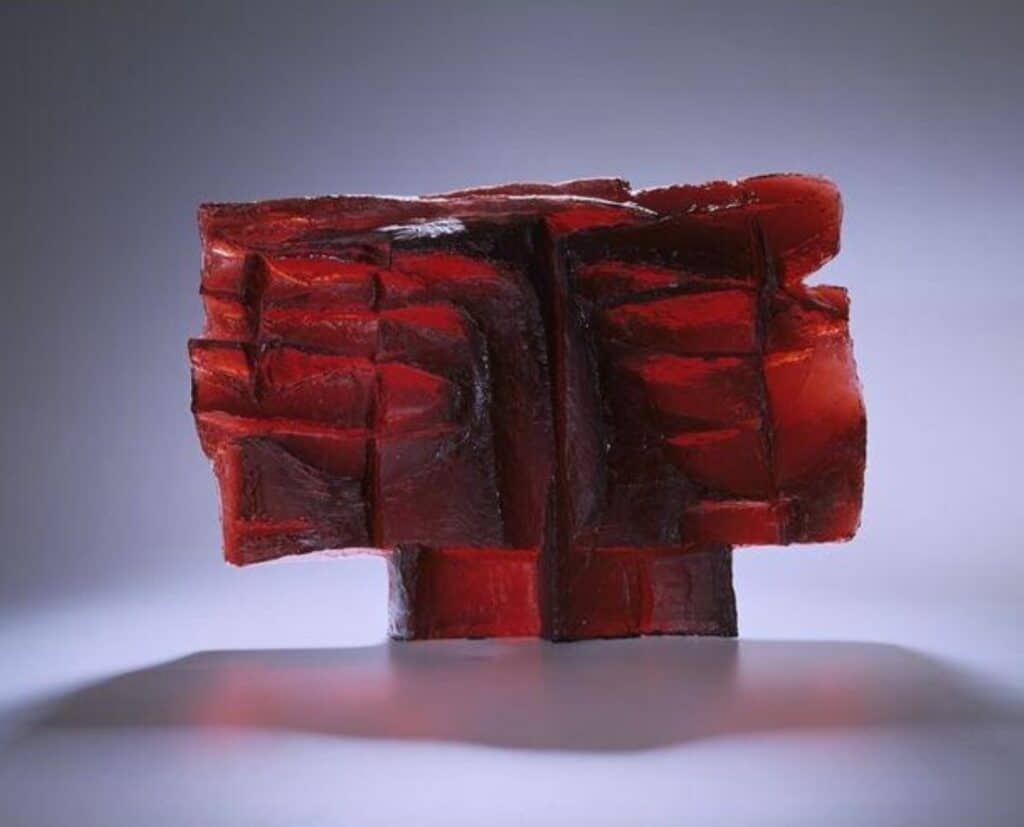 Stanislav Libensky and Jaroslava Brychtová: Winged Creature I, 1962. This mould-melted red glass, in the shape of a rectangular head-come-animal form, reminds me a little of Lynn Chadwick’s sculptures from around the same time. It was made in the Zelezny Brod glassworks, the then-nationalised amalgamation of nine factories in the small town at the centre of the Czech glass industry.