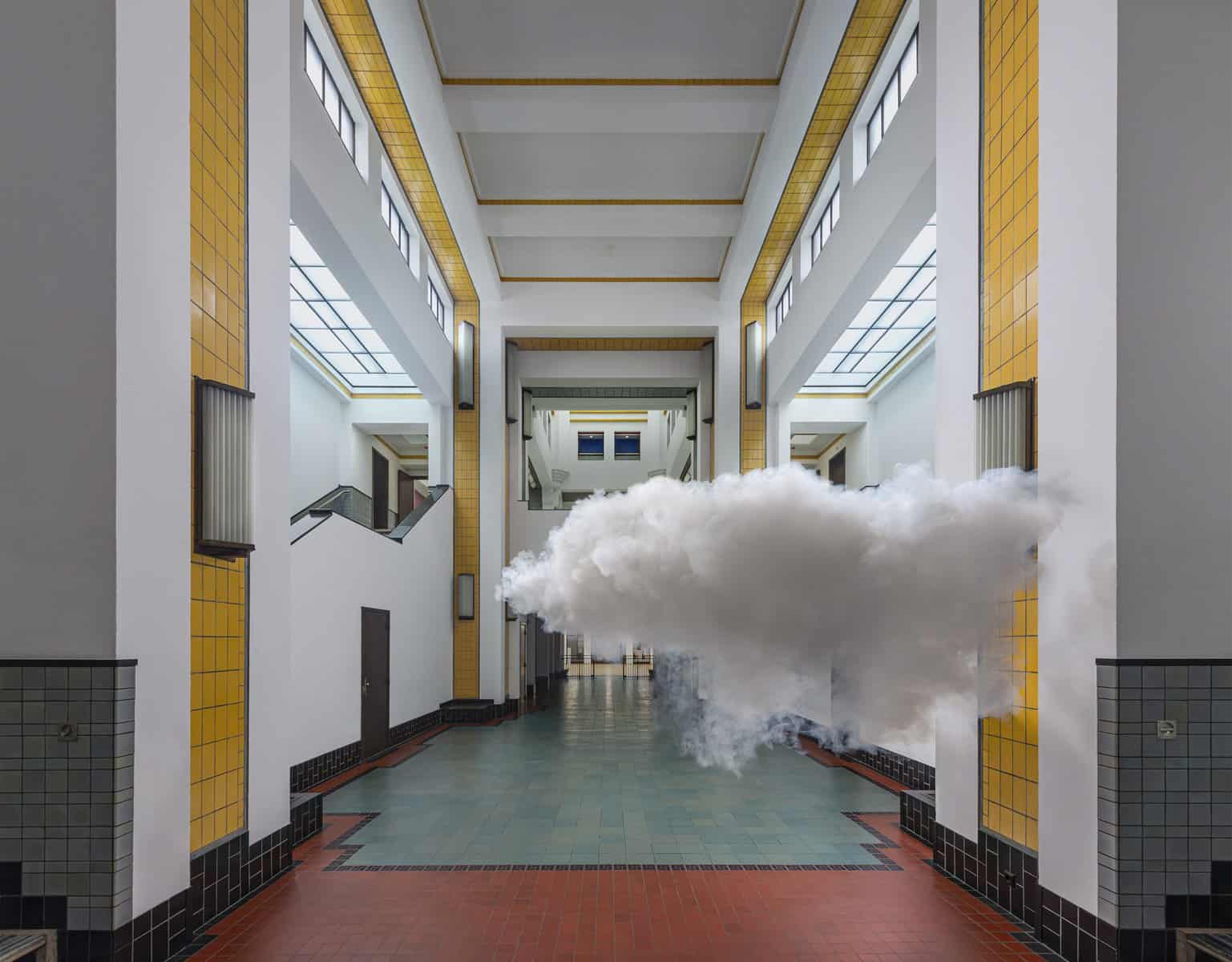 It is easy to assume that artists want to leave a permanent mark, to  make a work that will endure into the far future. Yet there’s also an attraction to the fleeting moment, the insubstantial gesture to be experienced and then left only in selected memories. That sets up different metaphorical potential, and also appeals to the frequently voiced concern that there is already ‘too much stuff in the world’.  The virtual offers one path, but  the cloud – which has its virtual equivalent, of course – is a natural subject. They often feature in art, but normally as representations. However, if you create an actual cloud, you can also photograph it – so something does remain. Counting fog or mist sculptures, whether outside (Fujiko Nakaya) or inside (eg Ann Veronica Janssens,  Olafur Eliasson), as a slightly different category, only a few artists have made clouds: Cyprien Gaillard, Simon Patterson and Filippo Minelli come to mind, plus two who are actually showing such works in Mayfair now… 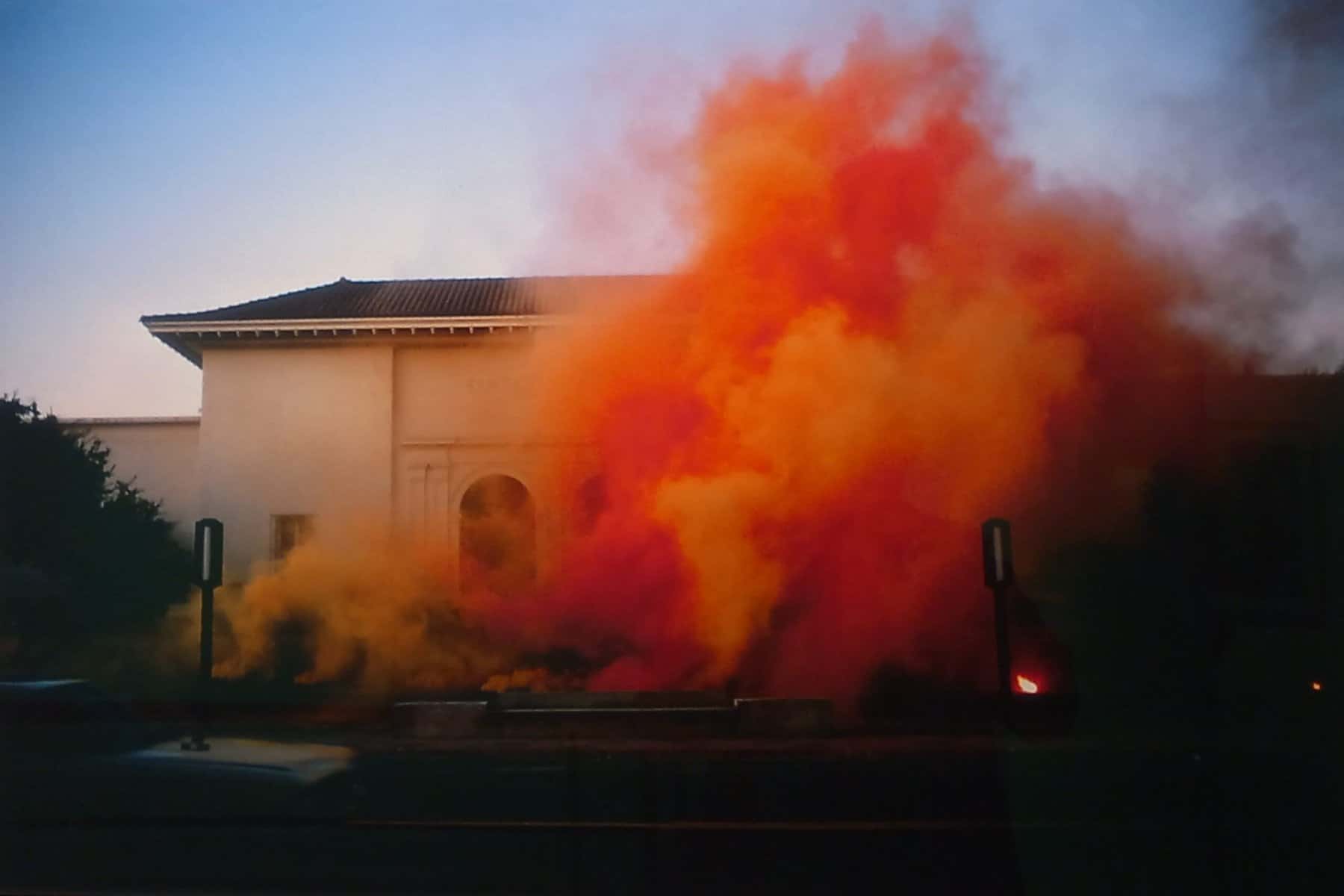 Judy Chicago: Santa Barbara Museum Atmosphere, 1969/2018. The pioneering feminist artist may have been the first to use the form – as a way of debunking the macho pretentions of land art by making hers as soft, colourful and ephemeral as possible. She has two in the current Gazelli Art House   show ‘Oh, Marilyn!’ 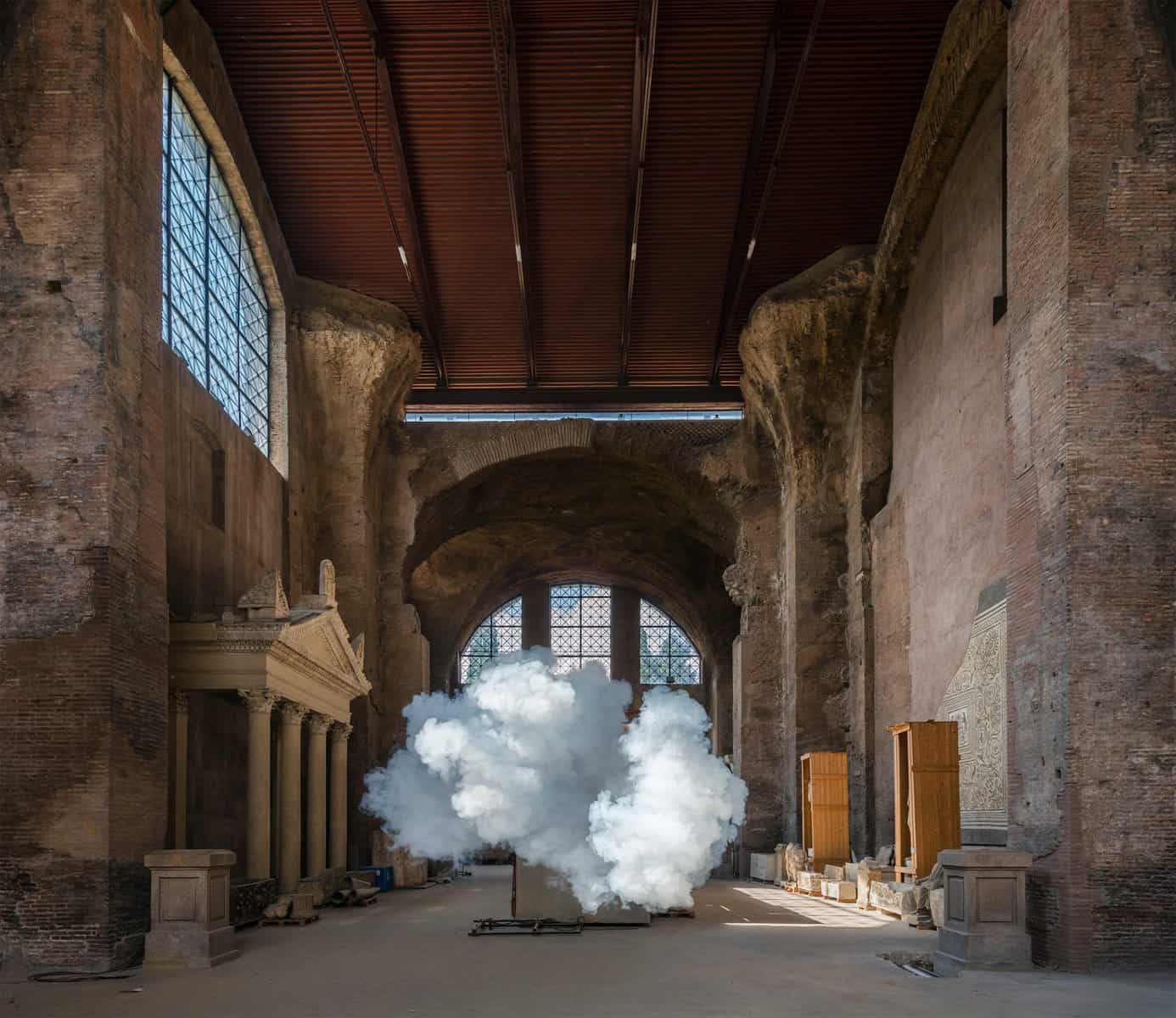 Berndnaut Smilde: Nimbus Kunstmuseum Hal, 2021, (top) and Nimbus Diocleziano Aula V, 2018.  Dutch artist @berndnaut makes clouds in rooms using light, water and air – actually, that’s the work of art, but as it is rather momentary, he takes a photographic record. There’s a retrospective of his outside-in architectural interventions at Ronchini Gallery: here’s how they look in new and old settings.

Having said all of which, I still like a nice cloud sculpture, and Rana Begum delivers at scale at the Mead Gallery at the moment: