The allure of Italy during the Grand Tour on show at Gallerie d'Italia, Milan - FAD Magazine
Skip to content

Gallerie d’Italia – Piazza Scala, the Intesa Sanpaolo museum in the heart of Milan, presents ‘GRAND TOUR. Sogno d’Italia da Venezia a Pompei‘. Under the High Patronage of the Presidency of the Republic and in partnership with the National Archaeological Museum of Naples and the State Hermitage Museum of St. Petersburg, it displays around 130 works from the Intesa Sanpaolo collection, private collections and numerous Italian and international cultural institutions, including the Royal Collection of Queen Elisabeth II (UK). This is a rare occasion to see so many works coming from some of the most prestigious collections worldwide.

The show, indeed, primarily focuses on Italy’s allure, heritage and importance in this cultural pilgrimage. Thanks to the vast selection of artworks, it investigates in depth all the various movements, ideas, styles and people that came in touch with the peninsula, showing how Italian culture shaped those centuries. At the same time, the skilful hands of the so many painters that visited the country, together with the words and the memories left behind by illustrious visitors, gave Italy each time a different colour. Gallerie d’Italia will represent this composite Italy of overwhelming beauty, depicted by artists as a suspended place, a stratification of memory and knowledge, a still image of history.

As the exhibition exemplifies, the Grand Tour was not a simple journey, and it was not one that remained unchanged in meaning during the centuries. From an educational expedition, it soon became an interior journey that Romantic poets and literates would take to discover themselves. Moreover, the tour was both a way of studying the Italian beauty by painting its most iconic cities, landscapes and cultural events, and a way of interiorising it, making it more of a private and imaginative encounter rather than a mimetic one. Indeed, the show presents numerous capricci – invented vedute of an Italian landscape that could only exist inside of the painter’s imagination. This way, Rome, Venice, Naples, alongside the other destinations, become part of the exhibition either in their sublime, neo-classical depiction and in their visionary dimension belonging to the Romantic era.

Another major theme of the exhibition is the fascination of these tourists for the ancient ruins, as well as for the great masters of the past. The exhibition set-up, indeed, begins and ends with a tribute to antiquity, which represented one of the main reasons to come to Italy, especially during the 18th century. Canova’s studio in Rome, for example, was a must-visit spot, which led both to many new important commissions to the artist, and to the creation of multiple copies of ancient statues. These often became souvenirs to take home after the Tour. Canova, a great genius of sculpture, was greatly appraised for his ability to create new models of the so-called ideal beauty, as it can be appreciated in this amorino made for the Russian prince Nicolaj Borisovic Jusupov.

This fascination for the past became even greater after the new campaigns of excavation in Rome and Naples, and especially with the rediscovery of Pompeii and Herculaneum. Probably the most emblematic figure of this period was Johann Joaquim Winckelmann, whose portrait recurs in the exhibition in more instances. There’s one, by Anton von Moron, that caught the German art historian while working on his Monumenti antichi inediti, dressed in a luxurious red robe, with a sumptuous fur lining. And then there’s Anton Raphael Mengs’s portrait, depicting Winckelmann in a more intimate way, showing a simple man holding in his hand a Greek edition of Homer’s Iliad.

Not only cities, then, the show in Milan also puts a spotlight on the people that made this journey incredible. From living artists to those of the past, from ancient poets, such as Virgil, Petrarch or Boccaccio, to modern intellectuals like Johann Wolfgang von Goethe and Winckelmann. Alongside these names, also noble families, collectors, and other illustrious travellers became the protagonist of the Tour. The Tolstoj family or the noblewoman Margherita Sparapani, whose literary salon was one of the most coveted destinations, are just a few names to remember.

Everything on this trip was vested with a particular sense of importance. From cities to landscapes, from festivities, such as the famous carnival in Venice to cultural hubs, everything left a special mark on visitors. This formative moment became compulsory for Europe’s elite, as well as those from other continents, involving sovereigns, aristocrats, politicians, churchmen, academics and artists, all besotted with the sheer variety of Italy’s unspoilt landscape, the magnificence of cities, monuments and works of arts which made and continue to make this land a sort of wonderful “open-air” museum.

Thanks to all the artworks put together by intesa Sanpaolo at the Gallerie d’Italia, the exhibition offers a rare occasion to delve into the Grand Tour. Visitors immerse into it, almost taking their own journey through the Italian beauty. Through the many voices that emerge, the exhibition shows how the Grand Tour was decisive in forging a perception of Italy, forging the myth of the Bel Paese linked to the beauty of its landscapes and art, still of great interest today. The variety of styles on display also manages to account for the varying impacts this beauty, and the cities that characterised it, made on visitors, as well as all the collateral activities that emerged as a consequence of the Grand Tour. 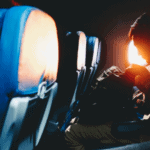 Necessary Items To Pack In Your Carry-On?

When traveling light we usually need a few important items, so a carry-on bag is essential. It contains all necessary […] 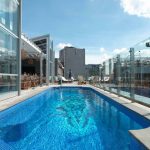 A NEW SERVICE TO BOOK LUXURY TRAVEL WITH CRYPTOCURRENCY

The covid-19 pandemic revealed to many people just how important travelling is. The lockdown has been eased in many countries; […] 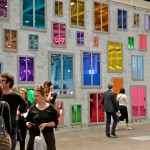 How to have fuss-free travel to Art shows during COVID?

Fuss-free travel to Art shows during COVID : Charter planes The coronavirus pandemic has made it difficult for people to […]