Sean Kelly has announced that they will be opening a new gallery in Los Angeles in Spring next year. The new gallery will be led by Thomas Kelly (Sean’s son) a partner and director at the gallery who will relocate to the California city.

Located in the city’s Hollywood neighbourhood the new 10,000-sqft space will open with an exhibition by London-based artist Idris Kahn.

“The opportunity to show our roster of internationally respected artists, including Dawoud Bey, Antony Gormley, Rebecca Horn, Callum Innes, Idris Khan, Shahzia Sikander, Alec Soth, and Janaina Tschäpe, in the city is very exciting. We look forward to forging new relationships with artists based in and around LA and to furthering our already strong relationships with curators, collectors, and institutions on the West coast.”

The new space is designed by architect Toshiko Mori in collaboration with Hye-Young Chung Architecture. Of the new space, Mori, who previously designed the gallery’s location near Hudson Yards in New York, said that it will offer “varied spatial experiences, combining atmosphere and light with the rich context of Los Angeles.”

“This new venture builds upon the gallery’s thirty-year history. We are committed to expanding opportunities for the artists we represent and continuing the gallery’s legacy generationally. We look forward to working with LA’s rich artistic community of artists and being active contributors to the cultural life of the city.” 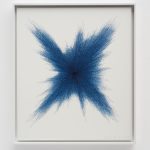 The dominant contemporary feature of the British Museum’s well-received received new Islamic Gallery* is a site-specific work by Idris Khan. 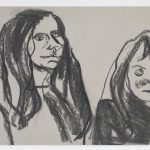