REALITY CHECK is the inaugural exhibition at Anderson Contemporary, a new artist-led gallery space in London presented by Guts Gallery.

‘Reality’ is the bedrock upon which society builds. For this reason, it is frequently opposed to fantasy and fiction, which are seen as imagined, unfixed. Yet, when prodded in the right way, reality’s core components – surfaces, objects, events – are also liable to bend and blend. Surfaces respond to touch, objects shapeshift, events feel more and more incongruous. Now, more than ever, reality appears to be in a constant state of flux. On top of this, it is also constantly being perceived from countless perspectives, each slightly different to the next.

When the conditions of our own reality feel inhospitable and overwhelming, we often turn to art and the powers it possesses to reshape and reinterpret the world around us. Processes of making and consumption lead to the creation of new spaces and sensations. It is in these spaces that dialogues can be initiated and solidarity forged between artists and audiences.

REALITY CHECK brings together an international cohort of artists. Some of those featured seek to agitate and expand the limits of their realities through surreal subject matter, whilst others respond to the surroundings and experiences of their own everyday lives through vivid visual representation. We hope viewers will allow themselves to become immersed in these worlds, and perhaps undergo a reality check of their own.

In addition to the exhibition, Guts will invite exhibiting artists to create a series of charity prints and original drawings to help raise funds for the Anderson Foundation with 50% of proceeds being donated to the foundation, and 50% going to the artist.

Providing An Inspiring Environment For Artists To Expand Their Practice And Ideas.

Built on the bank of the River Lea canal, this iconic location on Fish Island faces the Olympic Park and will provide not only workspaces for contemporary artists as well as exhibition spaces for artists and curators alike. A completely philanthropic project, the space is entirely focused on nurturing and supporting individual and collective artists in East London and the surrounding art community.

“It has always been the belief of everyone within the Anderson business that if you can make a difference to positively change the lives of other people within the wider community that we operate we should. This led to the establishment of the Anderson Foundation which in its 20 years of existence each year raises money to support charities and organisations that have objectives that align with those of the Anderson Group.

Principally these relate to inclusion, sport, engagement, positivity and diversity.

Over the years the Anderson Foundation has supported the Marina Dalglish Cancer Support Trust, Marie Curie, The Hospice Movement, Help for Heroes, Think Pink, The Lighthouse Club, and most recently the National Autistic Society for whom we raised in excess of £15m to build a state of the art world-leading educational facility for young people from the ages of 4-25.” 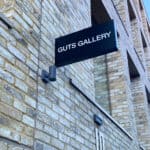 Guts Gallery have announced the opening of a permanent art space in Hackney. ‘I am so excited to announce the […] 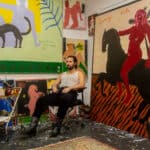 “It’s not that I’m not lucky, in fact, I’m the luckiest guy I know, it’s just that the introductions had […] 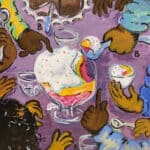