“From the very first time I saw Tyler’s work, I have been captivated by his magical and whimsical view of the world, and now more than ever we need this dreamy escapism to lift our spirits, so I am thrilled that Tyler is collaborating with Sotheby’s Photographs on this fabulous exhibition. Tyler’s deep rooted knowledge and appreciation for the great masters of the medium, in particular Richard Avedon, is visible in his style and approach which, combined with his trademark playful lens, creates a body of work that is distinctly fresh with a singularity of vision that is his alone.”

A curated selection of 25 prints by Californian Fine Art photographer and filmmaker, Tyler Shields, are being offered for sale via sothebys.com until 12 March. Hailed “Hollywood’s favourite photographer” by the Daily Mail and one of the “100 Best Things in the World” by GQ, Shields’ has photographed all manner of celebrity from Bruce Willis to Elon Musk. His earliest works chronicling the young L.A. glitterati – among them a shoot with Lindsay Lohan wielding a gun and drenched in blood, and Emma Roberts falling from a window – caused a global social sensation. Advised at first that these campaigns would be an “impossible” shoot, Shields’ rose to the challenge. In his own words: ‘The fun is in the chaos and how each shoot requires a new set of skills and challenges.’

Though recognised for working with pop-culture figures, Shields’ work isn’t simply about the concept of celebrity. Instead, the artist’s surrealist portfolio experiments with notions of the gaze, power structures, hyperrealism and cinematography while tapping into themes of eroticism, violence, decadence, fantasy and consumerism. Inspired by artist’s who have pushed the boundaries – from Irving Penn to Helmut Newton, PT Anderson and Hitchcock – Shields’ oeuvre aims to re-evaluate the modern concepts of what constitutes portrait photography today. His vision is to capture a new type of Americana, pushing the limits of what can be captured in a fraction of a second. The actress Allie Marie Evans once said: ‘He makes you feel like the impossible is always possible. Perhaps that’s why his best work is nothing short of magic.’

‘Tyler Shields: Dreaming Awake’ shows the entire breadth of the provocateur photographer’s portfolio, beginning with the works shot in 2012 (Glitter Mouth, Birkin Tug of War, Gator Birkin and Mouth Drip) to his most recent, captured during the global pandemic. In between, there is the unforgettable Rolls Royce on Fire (2014), which “literally shows the progression of the explosion happening”, Prada Popcorn (2014), The Swans (2015) and Under the Rain (2018), an image which Shields’ himself admitted looked better on film than it did in real life.

While in quarantine, Shields’ recovered his old cameras, including a 35mm that was gifted to him from Clint Eastwood, to create new works: from Chanel Silhouette (2021), his first exploration into shooting silhouettes given the need to make his only model anonymous for the series, to Chateau Marmont (2020), a depiction of the iconic yet never-before-desolate Hollywood Hotel. Please find further highlights below.

Born in Jacksonville, Florida, Shields started his career as a professional in-line skater, competing in the X-Games and winning the world championship. In his twenties, he began directing music videos before his photography career inadvertently took off after photographing his ex-girlfriend’s empty closet. The shot was uploaded to MySpace and the image went viral. 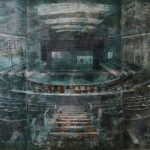 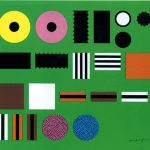 Whilst provenance is an important factor in establishing the genuineness of work for valuation purposes, it isn’t normally a big factor in exhibitions. 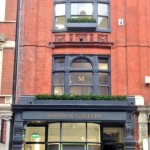