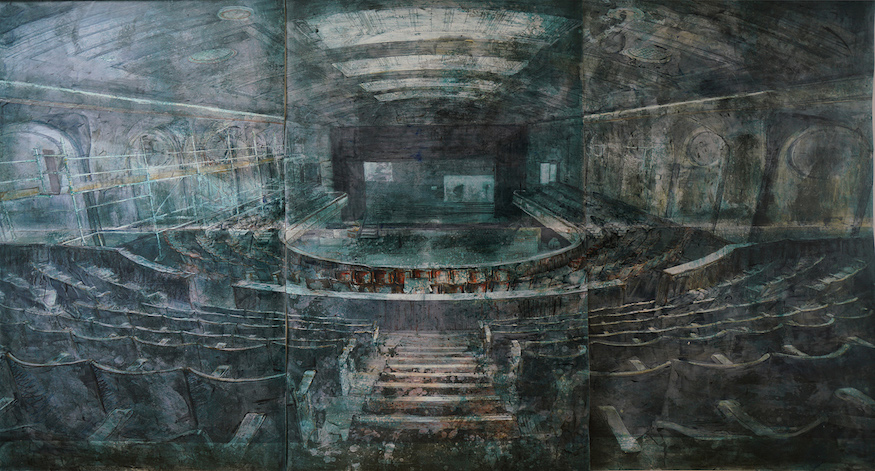 Exhibit A: Kristina Chan & Juree Kim @ Anise gallery
I’m a massive fan of when architecture and art overlap, and this show is firmly placed on that nexus. Kristina Chan uses bronze and copper to create wall mounted sculptures and prints that have a fantastic textural quality to them. The show is held together by a large work of an Edinburgh theatre that looks like it’s within an underwater wreck. Until 7 April. 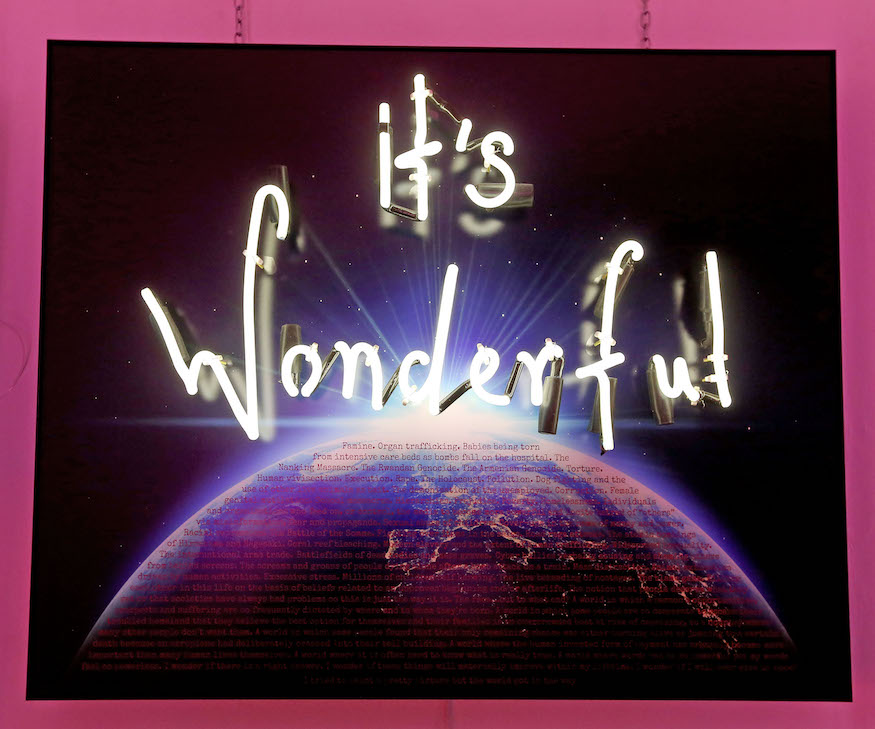 Neon wonderland  @ Imitate Modern
I do love a bit of neon art and it has taken over this small gallery space across two floors. Uplifting messages from Lauren Baker and Rebecca Mason sear my eyeballs with positivity. It’s fun, it’s visually striking and perfect for these overcast days. Until 12 April. 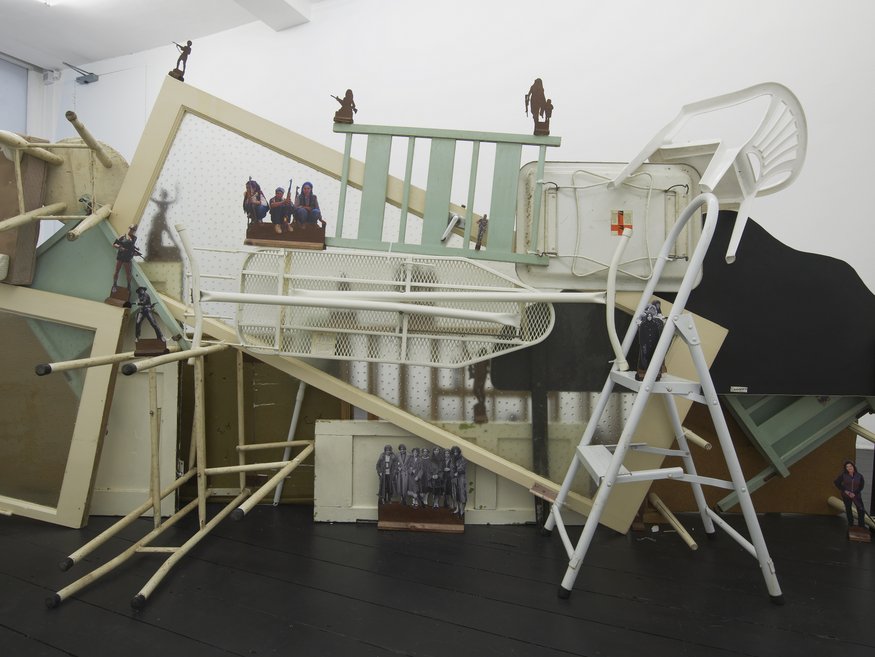 Home strike @ L’etrangere
Female artists take domesticity and turn it on its head. The defensive wall by Paula Chambers is great as it’s made from domestic furniture. Plus it’s populated by women holding guns sourced from images on the Internet and it’s truly surreal — the bride and her bridesmaids with assault rifles is quite the sight to behold. Until 21 April. 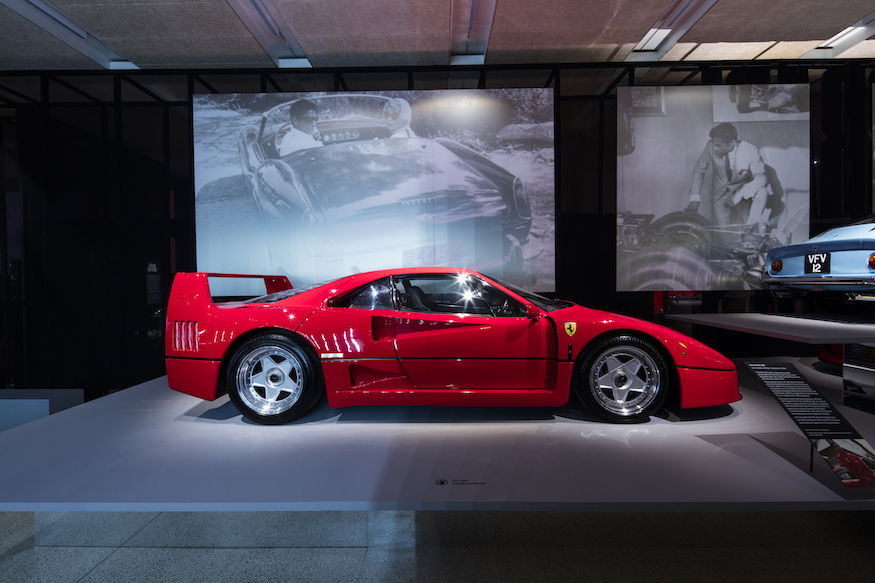 Ferrari: Under the skin @ Design Museum
Are cars works of art? If there’s a company that straddles that line then Ferrari is definitely it. This blockbuster exhibition is filled with fantastic cars from classic racing cars to a modern hypercar. It’s a brand with a long history and this is the perfect way to celebrate 70 years of this prestigious car manufacturer. Until 15 April. 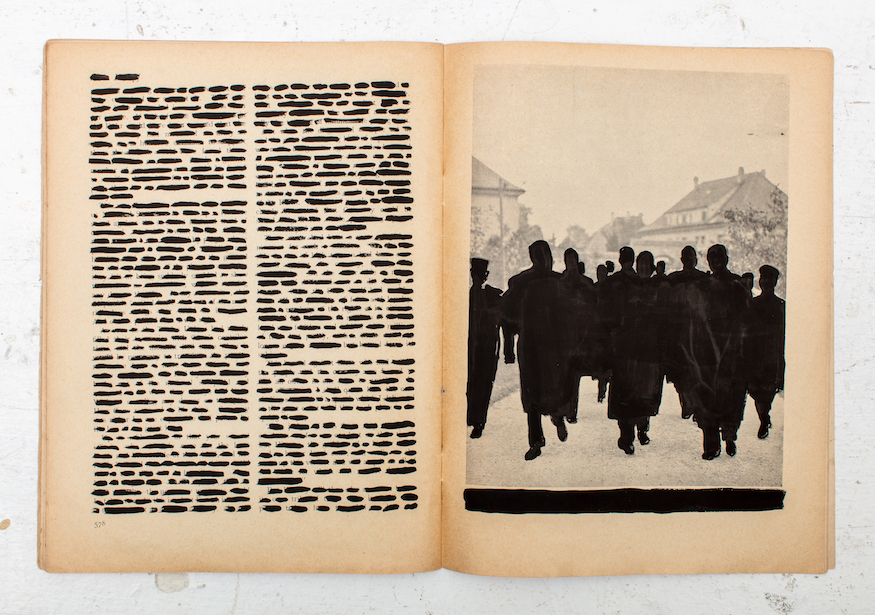 Gideon Rubin: Black Book @ Freud Museum
Can you take away the power of Nazi symbols, words and images by blacking them out. The pinnacle of this exercise is a rare first edition of Mein Kampf that is largely covered over by black marker pen. It’s a powerful work and apt to be displayed in Sigmund Freud’s final home, given he narrowly escaped Nazi persecution himself. Until 15 April. 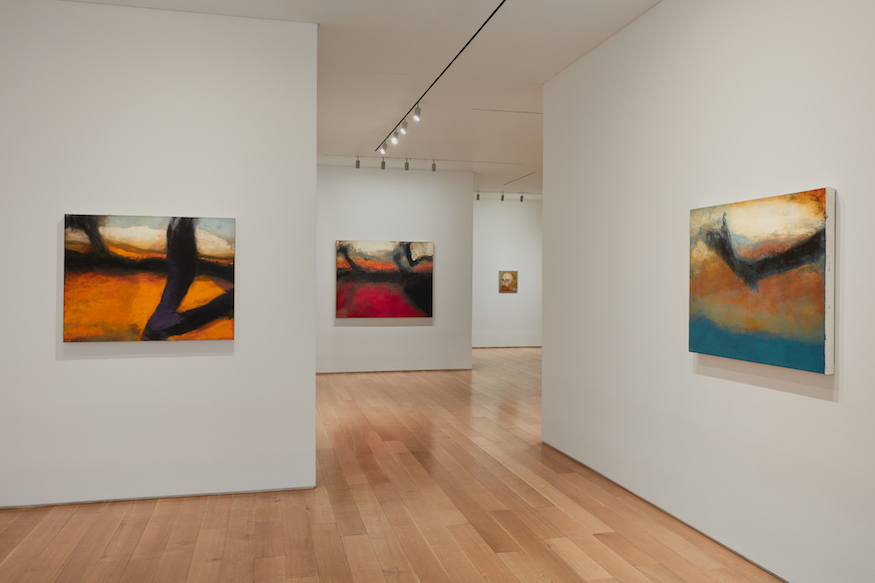 Hughie O’Donoghue: Scorched Earth @ Marlborough Fine Art
Bright reds, oranges and a deep black slathered across large works makes these landscapes feel abstract and at times nightmarish. The reference point is Van Gogh but O’Donoghue brings his own fresh intensity into these all consuming paintings. Until 14 April. 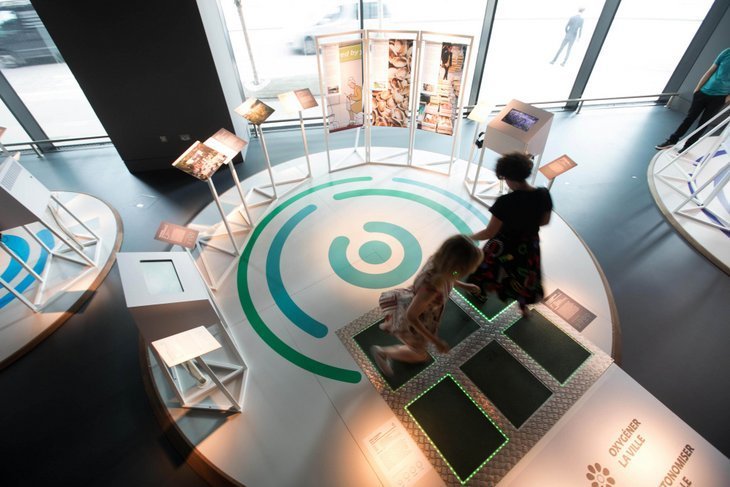 London Visions @ Museum of London
What does the future of London hold for us? How do migrants assimilate into a new city? What’s the solution for locally produced energy? Lots of food for thought in this programme of exhibitions that also explore new technologies such as energy generating paving slabs and drones that could change London for the better. Until 15 April.