Video slots have been around for years, with new iterations being churned out every month. The games generally follow generic themes that relate to different cultures around the world, apart from licensed slots that try to cash in on their namesake’s popularity. Given the relative simplicity involved in video slots, its easy to understand why most providers and developers don’t invest much in the game’s aesthetic appeal. Most people simply play slots according to the best welcome bonus they manage to bag.

Yet others still manage to find an artistic edge to their work on video slots, creating experiences that turn the medium into an artistic canvas, full of character and expression. Below are some of the most artistically impressive video slots to come out in recent years.

There are certain art styles that are immediately recognisable and instantly immerse their audiences in the feeling they emit. Cash Noire is a video slot that captures the essence of a neo noire style all too well, plunging players in a world filled with intrigue, mystery and crime. It is one of the most holistic presentations in an online video slot, carefully tailoring the game and art design together to create a cohesive look and feel. Cash Noire goes above and beyond what traditional video slots generally offer, walking players through a series of shifting stages that create a narrative and sense of progression that is rarely seen within the genre.

Delving into darker territory, Dark King: Forbidden Riches is perhaps one of the most impressive slot designs to be released this year. The art direction in this entry veers into the realm of dark fantasy, bringing video games like Diablo and Castlevania to mind. The artistic concept is executed brilliantly, with high production values alluding to a visual spectacle that will have fantasy fans hooked to their screens for hours on end. Dark King: Forbidden Riches manages to incorporate a brilliantly sinister artistic design with powerful execution to create what is possibly one of the most satisfying visual representations in the history of video slots.

Few video games have had the massive cultural impact that Street Fighter II: The World Warrior brought in 1991. The iconic game redefined the fighting genre and established itself as an influential pop culture icon. So, game provider NetEnt was faced with quite a mammoth task in creating a video slot adaptation for one of the best video games ever released. Luckily, the provider delivered. The adaptation manipulates the video slot structure to recreate the iconic game with incredible detail. Players are walked through the exact same game structure they were met with in 1991, picking their favourite character and fighting through battles by spinning the slot’s reels. There are even instances where players are given direct control of the characters they picked. The adaptation managed to realise the original’s art design with impeccable attention to detail, creating an experience that resonates perfectly with fans of the game.

Art in the Most Unlikely of Places

Although most video slots out there tend to be bland and devoid or any direction, feeling and soul, these slots defy all odds. Through a strong art direction and great execution, these slots and others alike have brought art and expression, turning the simplicity of a video slot into an inspiring canvas. The developers behind these works have managed to create experiences that push the medium’s limit, instilling hope for more video slots to follow suite. 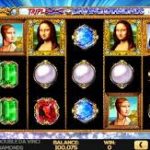 5 examples of Artful design in games. 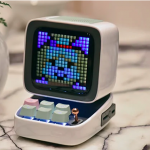