The Ocean Cleanup, the Dutch non-profit organization developing advanced technologies to rid the world’s oceans of plastic, today presented their plan to go full circle in their mission: creating a product from the plastic they recovered from the ocean to help fund the continued cleanup. The organization has taken its first batch of plastic certified from the Great Pacific Garbage Patch (GPGP), recycled it, and turned it into something useful and durable: sunglasses. Through a contribution of EUR/USD 199, supporters have the chance to own a piece of the Great Pacific Garbage Patch and help fund the continuation of the cleanup, as 100% of the proceeds will go directly to the next cleanup operations.

The product is made with the first plastic catch during the System 001/B campaign in the GPGP. When the campaign concluded, the plastic was returned to shore in December 2019, marking the end of Mission One and starting the next journey: going full circle from trash to treasure by creating a product to help fund further cleanup. To maintain the claim of origin and give supporters assurance that the plastic is from the GPGP, The Ocean Cleanup followed the steps laid out in the public traceability standard developed by DNV GL, leading global certification body. Recycling this ocean plastic had never been done at a commercial scale before, but, together with a team of experienced partners, The Ocean Cleanup managed to turn it into a high-quality and safe material from which this limited first batch of products has been made. And, because The Ocean Cleanup is a non-profit, 100% of the proceeds will go into next year’s cleanup operations. Each pair of sunglasses is estimated to enable cleaning an equivalent of 24 football fields worth of the GPGP. When every pair from the first batch is claimed, that will equate to approximately 500,000 football fields of cleanup in the GPGP, allowing the organization to use plastic to clean up even more plastic – going full circle each time until they have achieved their mission: ridding the oceans of plastic.

Designed in California, made in Italy

Sunglasses were chosen as the first product because the organization wanted to offer something that is durable and useful and reminds users of the beauty and importance of our oceans. The Ocean Cleanup™ sunglasses are meant to last and stay valuable, they are designed in California by renowned designer Yves Béhar and his team at fuseproject, and crafted with care in Italy by Safilo, one of the leading Italian eyewear companies and manufacturer of sunglasses. The frame is made with plastic certified by DNV GL from the Great Pacific Garbage Patch.  The sunglasses’ case is made with the recycled material from System 001, also known as ‘Wilson’, the first ocean cleanup system deployed in 2018. With end of life in mind, from the metal hinges to the polarized lenses, all components are designed to be easily taken apart and recycled again should this be necessary.

“It’s incredible to think that only a year ago this plastic was polluting our oceans and now it’s something beautiful, thereby turning a problem into a solution. Of course, The Ocean Cleanup is only here today because of our supporters, so I am excited these sunglasses are just another opportunity for everyone to be part of the cleanup and help us maximize our impact. I am thankful for the support of our followers and our partners and for their dedication and efforts to realize this very important step on our mission to rid the world’s oceans of plastic,”

says Boyan Slat, Founder and CEO of The Ocean Cleanup.

Get your sunglasses here: products.theoceancleanup.com

About The Ocean Cleanup

The Ocean Cleanup develops advanced technologies to rid the world’s oceans of plastic. Founded in 2013 by Boyan Slat, The Ocean Cleanup now employs approximately 95 engineers and researchers. The foundation is headquartered in Rotterdam, the Netherlands.

Instead of going after plastic debris with vessels and nets – which would take many thousands of years and billions of dollars to complete – The Ocean Cleanup plans to deploy a fleet of long floating barriers that act as an artificial coastline, enabling the winds, waves, and currents to passively catch and concentrate the plastic. Once fully operational, the full fleet of passive collection systems is expected to remove 50% of the Great Pacific Garbage Patch every five years’ time.

After years of conducting reconnaissance expeditions, scale model tests, and the deployment of prototypes on the North Sea, the first ocean cleanup systems were deployed into the Great Pacific Garbage Patch in 2018 and 2019. Once proof of technology is achieved, The Ocean Cleanup can commence full-scale cleanup and begin removing vast amounts of ocean plastic that have been accumulating in the ocean for decades. In October 2020, The Ocean Cleanup, in close cooperation with partners in the value chain, for the first time went ‘full circle’ and presented its first product, made from the Great Pacific Garbage Patch, with 100% of the proceeds going to the continuation of the cleanup.

Complementary to its approach to solving the legacy problem of plastic in the ocean garbage patches, the organization developed the Interceptor™ technology to help prevent plastic garbage from entering the oceans. 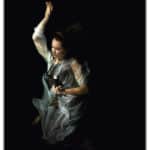 Many artists are deeply engaged with environmental themes, Alexander James Hamilton however is exceptional in the depth of his commitment. 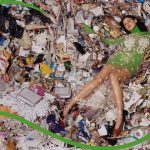 Fashion must fight the scourge of dumped clothing clogging landfills

Every year millions of garments are discarded as consumers ditch fast-fashion styles for a new wardrobe. At last the industry is acting – but more has to be done 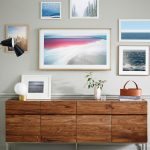 Yves Béhar’s studio Fuseproject has created a TV for Samsung that looks like a framed artwork when hung on the wall.