A Big Hand for Baselitz - FAD Magazine
Skip to content 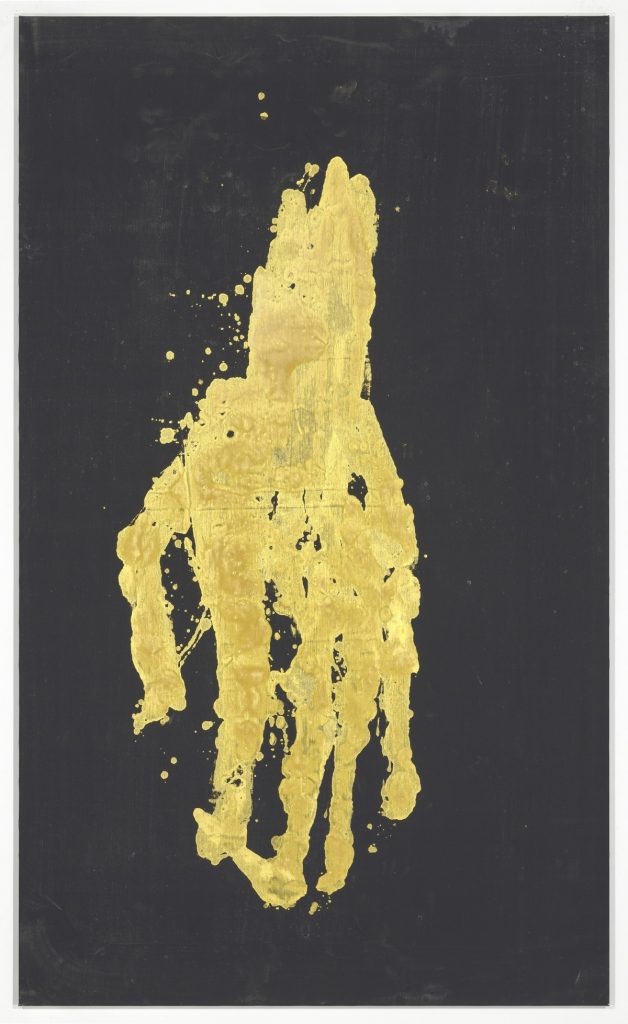 The past few years have tended to see Georg Baselitz in fine, adventurous form, at least in the studio (less so in the interview room, where his ludicrous generalisations about female painters have tended to put people off). And you have to hand it to him here: well into his ninth decade, Baselitz has come up with a series of works quite unlike anything he has done before – a whole show of hands, many of them monumental. They have, as the show’s title has it, ‘Darkness Goldness’ (at White Cube, Mason’s Yard to 14th Nov). They could be his own ageing hand painting itself – he isn’t one for assistants. 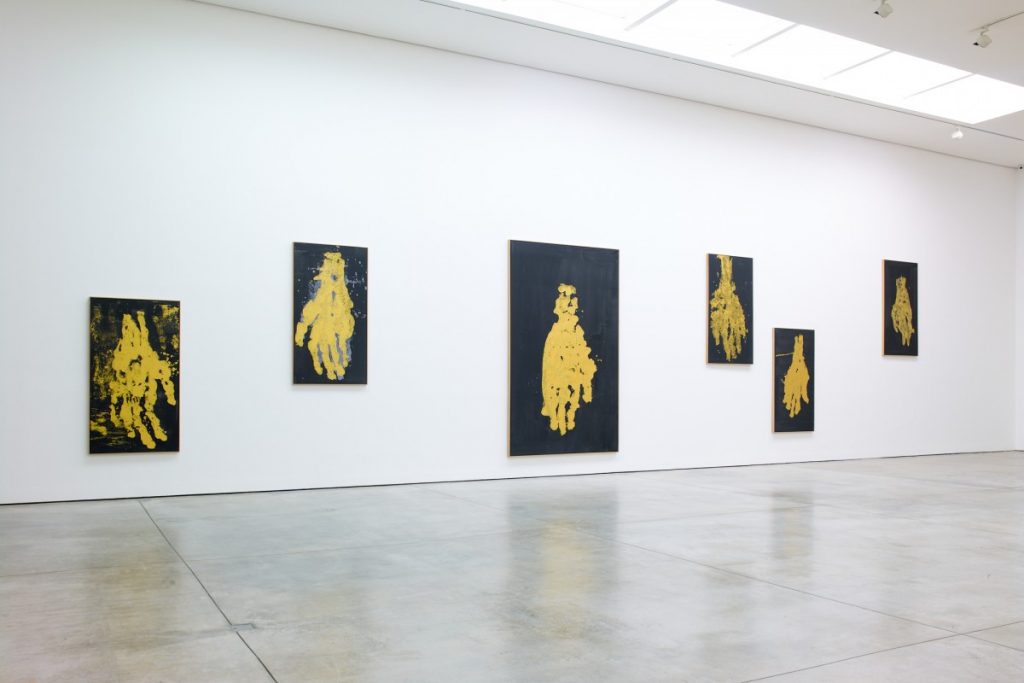 Having said which, Baselitz does distance his hand through a neat manoeuvre: these are not direct paintings, but monotypes made by painting on a different canvas, then pressing that against the canvas to be shown. That reduces the realism likely, but then Baselitz says they’re not of particular hands – his or anyone else’s – they’re more in the nature of symbolic representations, and though some are titled for other artists, they are homages, not hand portraits. Most of them appear to be dangling down, but that subverts the trope for which Baselitz is most famous: inverting his subjects in order to emphasise the abstract qualities of the work. Here, by way of a little joke perhaps, is a subject for which we can’t tell if they are ‘the right way up’ or not. Nor are these just drawings and paintings, there are also a set of wall-based sculptural reliefs, the first Baselitz has made since 2013. Baselitz modelled these in clay, 1.8 metres long, on tables in his Munich studio, then sent them away to be cast into fire-gilded bronze. 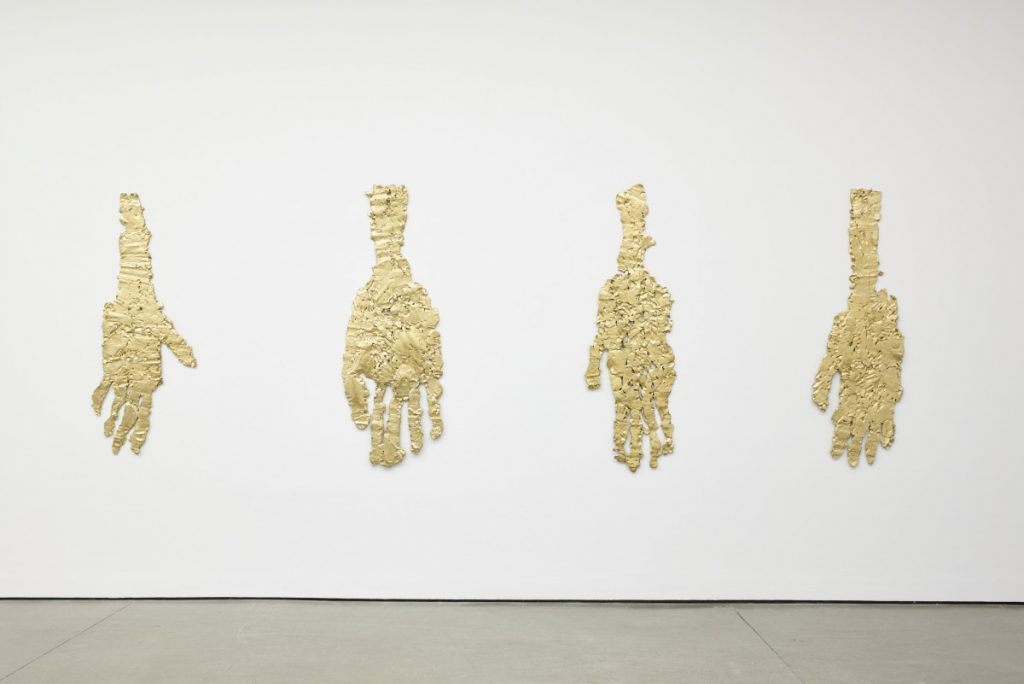