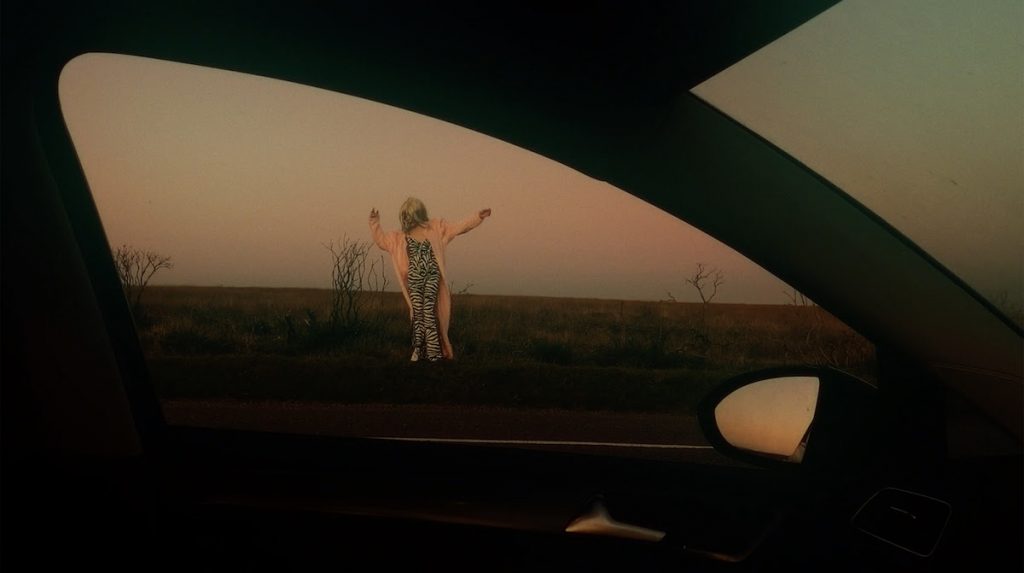 Artists including Jenkin van Zyl, Yuko Mohri, Alberta Whittle and Liv Fontaine have made new work for the digital programme, which also showcases works by artists Georgina Starr, Urara Tsuchiya and Sarah Forrest. These artists, who were all part of the planned Glasgow International 2020, have been selected to create or contribute work for our digital programme to give audiences a taste of what the Festival aimed to bring them this year. In some cases, this is now with the added lens of our current context.

Additional programming includes an audio introduction to the festival, given by Director Richard Parry; and a recorded panel discussion between Richard Parry, curator Stefanie Hessler and writers Brian Dillon and Orit Gat, which explores the ways in which the resonance of the festival’s theme of attention has changed in light of the COVID-19 crisis, will also be available.

Jenkin van Zyl, whose arresting work brings to the fore performance and queerness, will show a new, panoramic video work comprising footage shot in Iceland shortly before the UK lockdown in March.

Scottish-Barbadian artist Alberta Whittle will present a working iteration of business as usual: hostile environment. Originally commissioned with the support of EventScotland in celebration of the Year of Coasts and Waters 2020, the project was conceived to explore Glasgow’s Forth and Clyde Canal as both a literal and poetic route through which to reflect on the role of waterways in the voluntary and involuntary movement of people. Reworking aspects of the new film at speed and in light of the Covid-19 outbreak, Whittle powerfully incorporates archival footage relating to the UK’s Windrush scandal as well as material highlighting the role of immigrants in the NHS as they tackle the virus, foregrounding how political and ecological climates intersect and shape one another.

Japanese artist Yuko Mohri, who primarily creates sculpture and installations comprising found objects and kinetics, has produced a new video work; splicing film scenes where no humans are present with scenes from Yasujir? Ozu’s acclaimed film Tokyo Story (1953), much of which is set within claustrophobic domestic interiors.

Glasgow-based artist Liv Fontaine, whose live performances are primarily concerned with the politics of relationships and sex, has created a new video work featuring new material created under lockdown conditions in Glasgow.

Existing works showing as part of the digital programme will include Georgina Starr’s Yesterday (1991), a recording made by the artist when she was alone in the corridors of the Slade School of Art almost 30 years ago. In the strange and unsettling context of the current moment, the haunting tune reflects a certain kind of melancholia for returning to the past and to how things used to be. Starr’s major new film work Quarantaine, which, presciently, alludes to the period of enforced isolation commonly known as quarantine, will show at GI2021.

Glasgow-based artist Urara Tsuchiya, who has been sequestered in northern Italy since the country went into lockdown in early March, shows the video work Give us a Meow (2019), first shown as part of an installation at Frieze Art Fair last year. The film is set in a remote country cottage and shows the artist dancing alone in a variety of self-made costumes, in what appears to be an entranced or captivated state.

The Scottish artist Sarah Forrest will present a single-channel film for the digital programme, comprising one component of a larger installation titled The Unreliable Narrator (2019). The work depicts a magician’s hands as they shuffle decks and undertake card tricks, conjuring a narrative that we knowingly enter into even though we understand it is false; and building an intimate, almost haptic connection with the viewer.

We thank the participating artists and the many more who were busily preparing for this year’s festival in both the Director’s and Across the City programmes. We are working on a plan to restage a festival in 2021 and will communicate details in due course.

We recognise that this is an exceptionally difficult time with implications far beyond the festival as people are forced to adapt to new and unprecedented challenges in day-to-day living. We are honouring payment for existing contracts to artists and Across the City projects involved in the 2020 festival.

The support, guidance and backing that we have received from Glasgow Life, and our core funders Creative Scotland, EventScotland and the Scottish Government and from Glasgow International’s Advisory Board at this time has been invaluable. instagram.com/gifestival

About Glasgow Life
Glasgow Life is an independent charity which provides culture, leisure and community learning services to citizens and visitors to the city on behalf of Glasgow City Council. In 2018/19, nearly 19 million attendances were recorded at Glasgow Life managed venues, events and festivals, up more than a third since 2007.

Since almost all the venues it manages are temporarily closed, Glasgow Life has moved some of its culture, sport and learning offering online. glasgowlife.org.uk/glasgow-life-goes-on