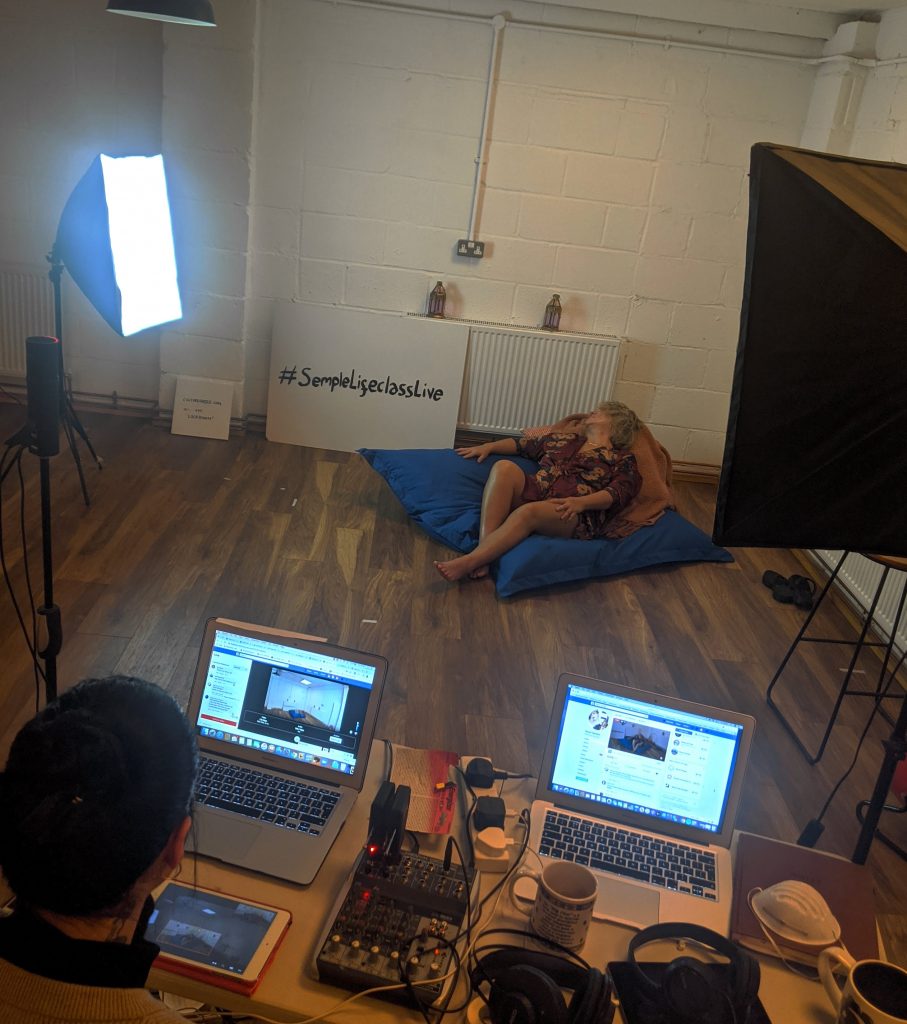 Over the last week, we have seen fantastic initiatives by major museums, art fairs and galleries, utilising the internet to keep culture moving and audiences connected.

On Friday night, British artist Stuart Semple contributed by opening his studio and hiring a life model, then streaming a free, live, online life-drawing class via Facebook for everyone to take part.

Quite unexpectedly, and despite the coronavirus, over 3000 artists from around the world joined him. Whole art schools who were self-isolating participated, people in countries as far away as the Philippines set their alarm clocks to join in the middle of night and thousands of others drew together.
During the 2-hour class, Debbie, the model, was handed a facemask. The online community made a series of quick drawings that spoke to the present moment, rallying together to share tips with other artists and newbies – about everything from foreshortening to how to draw feet. Simultaneously, artists were able to share their work with one another and the world via Instagram, using the hashtag #SempleLifeClassLive. Just a quick scan will show the breadth of talent out there and the vast inspiration across the community. instagram.com/explore/tags/semplelifeclasslive/ 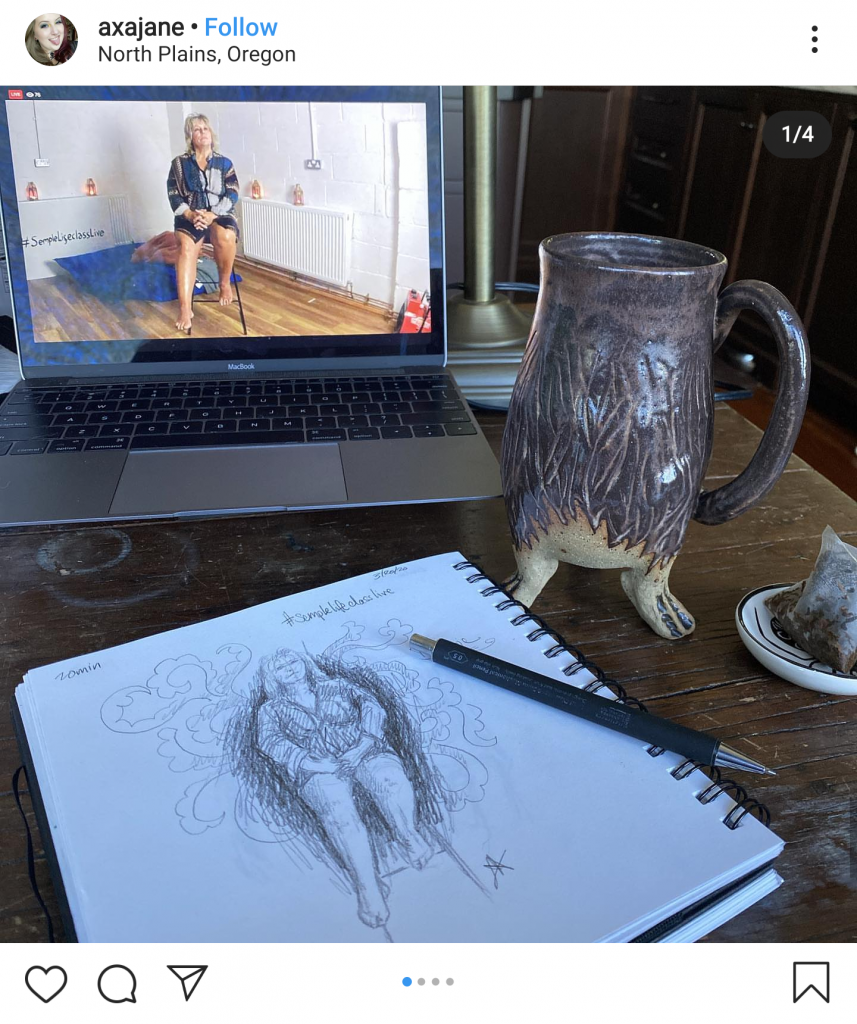 Stuart Semple is well known for his work around democracy and inclusion, famous for releasing thousands of ‘Happy Clouds’ from Tate modern at the height of the last recession and his democratic distribution of artist materials including the Pinkest Pink and Blackest Black paints – the results of his anti-elitist spat surrounding Anish Kapoor’s monopoly on colour 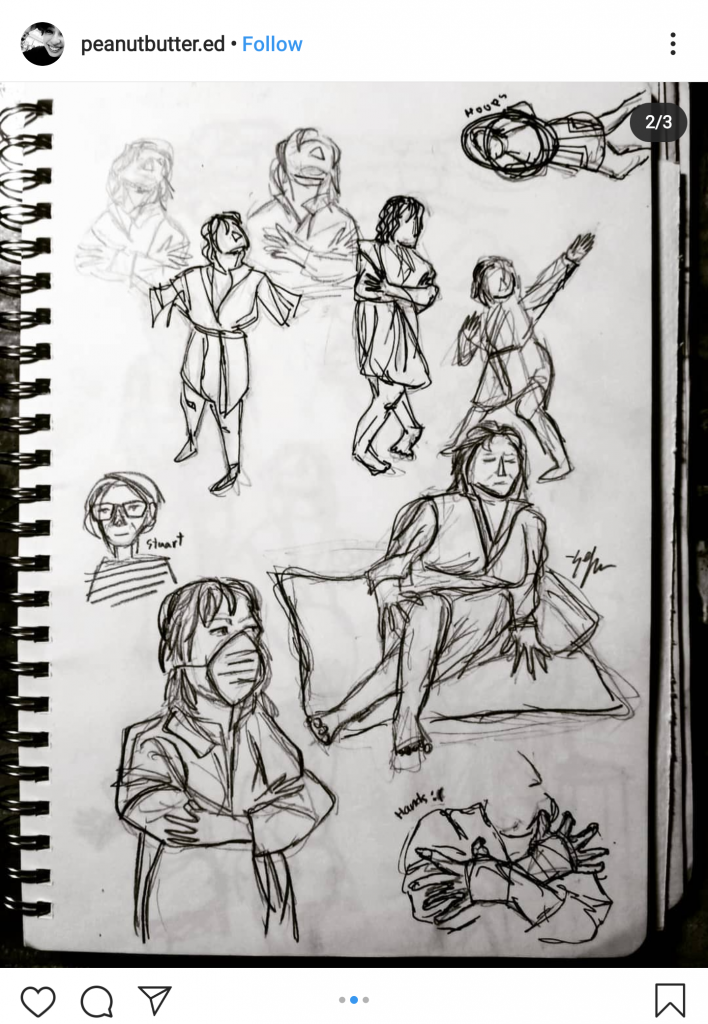 Semple himself has been in isolation for the past 10 days suffering symptoms. He said:

“It’s beautiful to see that artists and culture can keep going. We may be in isolation, but the art community certainly isn’t isolated. I’m so grateful that we have the internet. I’m a bit blown away by what happened, I wasn’t expecting so many people! But the way everyone connected at the same time to draw the same thing, despite what’s happening outside, felt potent and really special.” 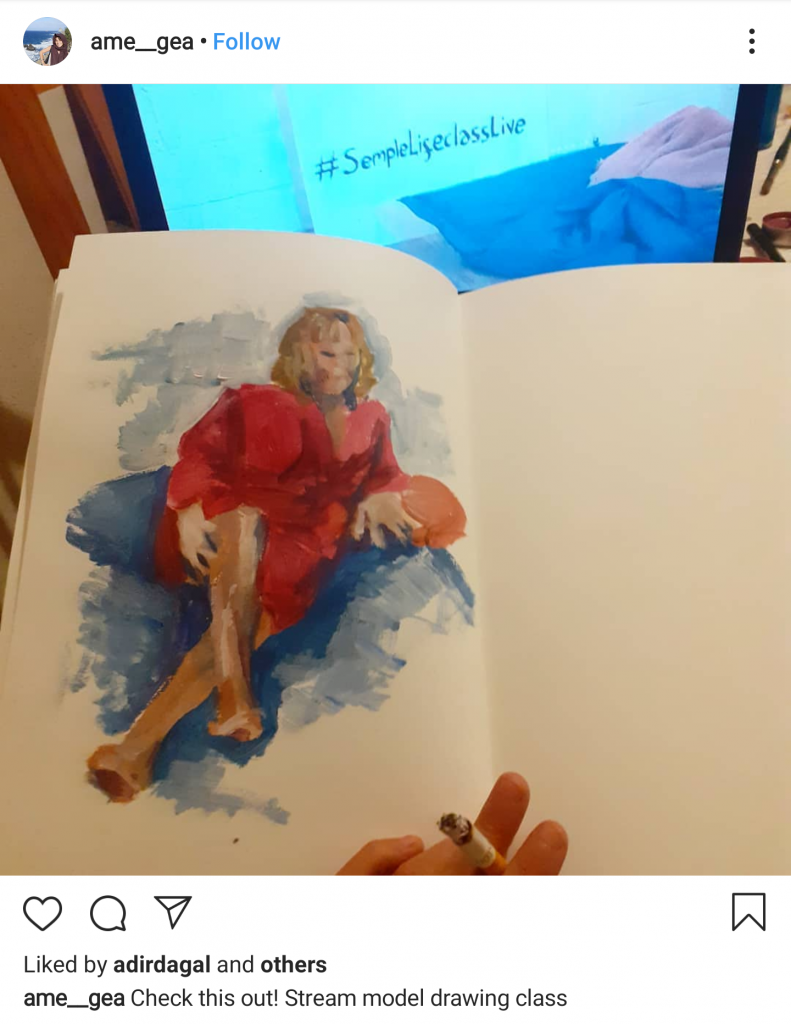 The first life-class is still on the artist’s Facebook page, so that any artists who would like to draw from the model with Stuart’s guidance can draw along at any time: https://www.facebook.com/MrStuartSemple
Semple has planned a further class for Friday 27th March (7 – 9pm GMT).
It’s totally free, everyone is welcome, and you can sign up for a reminder on his FB page