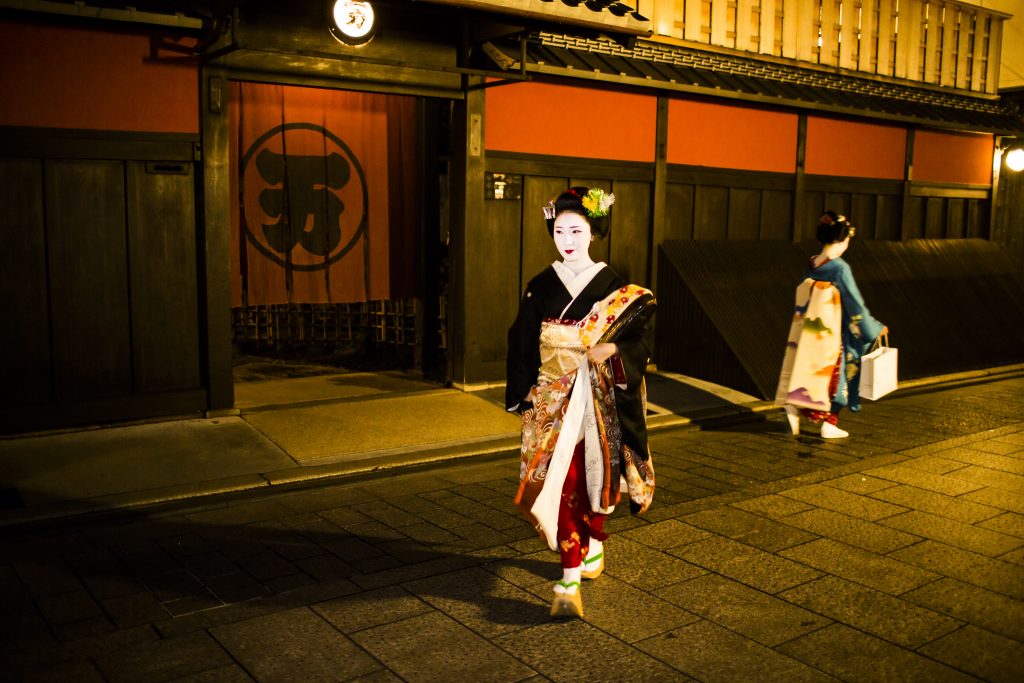 The exhibition reveals the sartorial and social significance of the kimono from the 1660s to the present day, both in Japan and in the rest of the world. Rare 17th and 18thcentury kimono are displayed for the first time in the UK, together with fashions by major designers and iconic film and performance costumes. The kimono’s recent reinvention on the streets of Japan is also explored through work by an exciting new wave of contemporary designers and stylists. 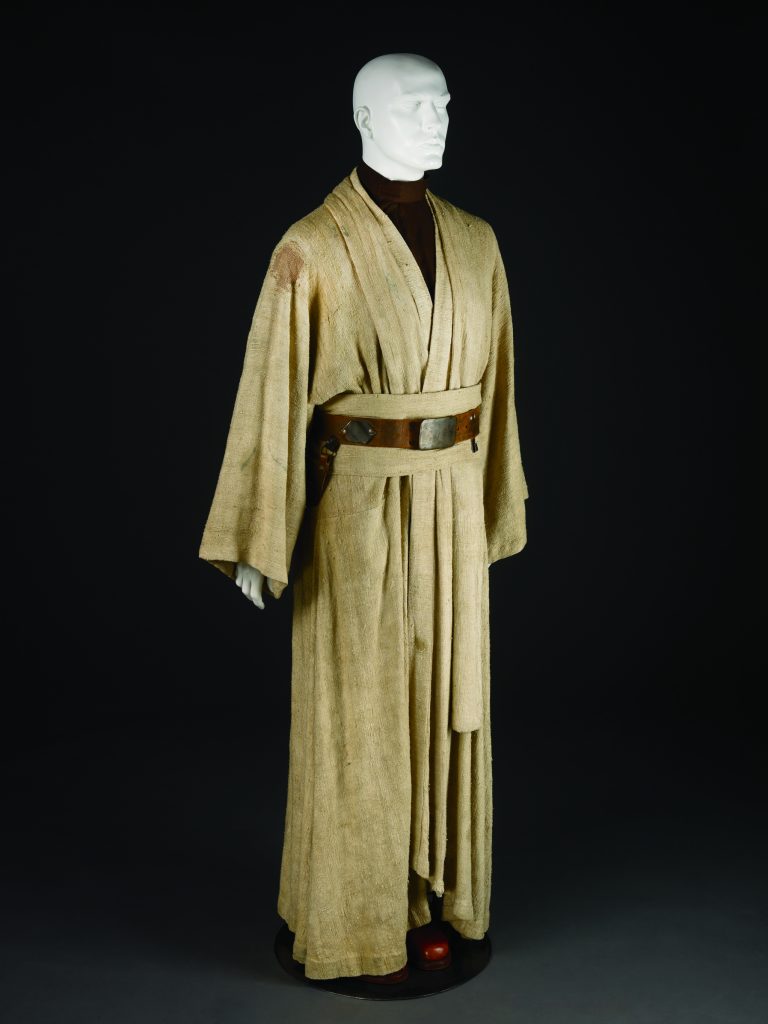 Highlights of the exhibition include a kimono created by Living National Treasure Kunihiko Moriguchi, the dress designed for Björk by Alexander McQueen and worn on the album cover Homogenic, and original Star Wars costumes modelled on kimono by John Mollo and Trisha Biggar. Designs by Yves Saint Laurent, Rei Kawakubo and John Galliano reveal the kimono’s role as a constant source of inspiration for fashion designers. Paintings, prints, film, dress accessories and other objects feature throughout the exhibition, providing additional context to the fascinating story of the style, appeal and influence of the kimono. Almost 300 works are featured, including kimono especially made for the show, half drawn from the V&A’s superlative collections and the rest generously lent by museums and private collections in Britain, Europe, America and Japan. 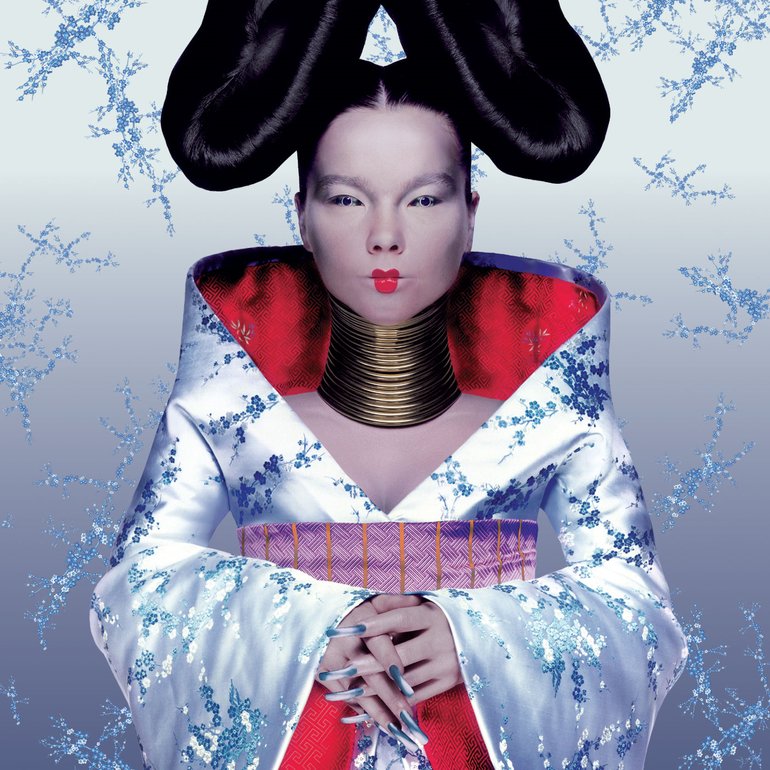 Kimono: Kyoto to Catwalk begins in the mid-17th century when a vibrant fashion culture emerged in Japan. The increasingly wealthy merchant classes demanded the latest styles to express their affluence, confidence and taste, while leading actors and famous courtesans were the trend-setters of the day. The simple structure of the kimono focused attention on the surface, allowing for the creation of sumptuous patterns using sophisticated techniques. The first section of the exhibition explores these designs and shines a light on a fashion-conscious society not dissimilar to today’s, in which desire for the latest look was fed by a cult of celebrity and encouraged by makers, sellers and publishers.
Kimono were first exported to Europe in the mid-17th century, where they had an immediate impact on clothing styles. Foreign fabrics were also brought to Japan and incorporated into kimono. Rare survivors from this early period of cultural exchange, including garments made in Japan for the Dutch and kimono tailored from French brocade and Indian chintz, are on display to reveal the fluid fashion relationship between East and West that resulted from the global trade network.

The late 19th century saw a worldwide craze for Japanese art and design. Kimono bought from department stores such as Liberty & Co. in London were worn by those wishing to express their artistic flair. Japan responded by making boldly embroidered ‘kimono for foreigners’, while the domestic market was transformed by the use of European textile technology and chemical dyes. The kimono’s biggest impact on western fashion came in the early 20th century, when designers such as Paul Poiret, Mariano Fortuny and Madeleine Vionnet abandoned tightly-corseted styles in favour of loose layers of fabric that draped the body. This was part of a broader fascination with East Asia which can be discerned in jewellery and dress-accessories of the period, particularly those created by the celebrated French firm of Cartier. 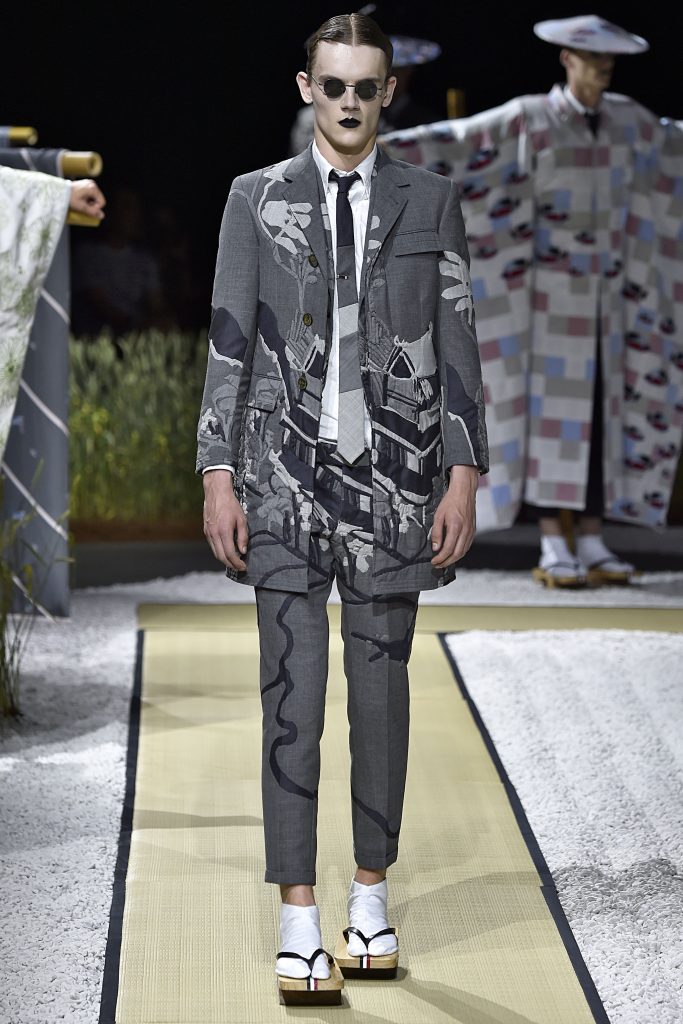 The final section of the exhibition shows how the kimono has continued to inspire fashion designers around the world. The potential of the garment to be translated and transformed is seen in designs by Thom Browne, Duro Olowu and Yohji Yamamoto. The kimono’s timeless, universal quality has also made it the ideal costume for film and performance. The display includes the outfit worn by Toshir Mifune in Sanjr, Oscar-winning costumes from Memoirs of a Geisha, and the Jean Paul Gaultier ensemble worn by Madonna in her video Nothing Really Matters. Japan itself is currently witnessing a resurgence of interest in kimono. J?tar? Sait? designs kimono couture for the catwalk, Hiroko Takahashi seeks to bridge the divide between art and fashion, and more casual styles are created by small, independent studios such as Rumi Rock and Modern Antenna. 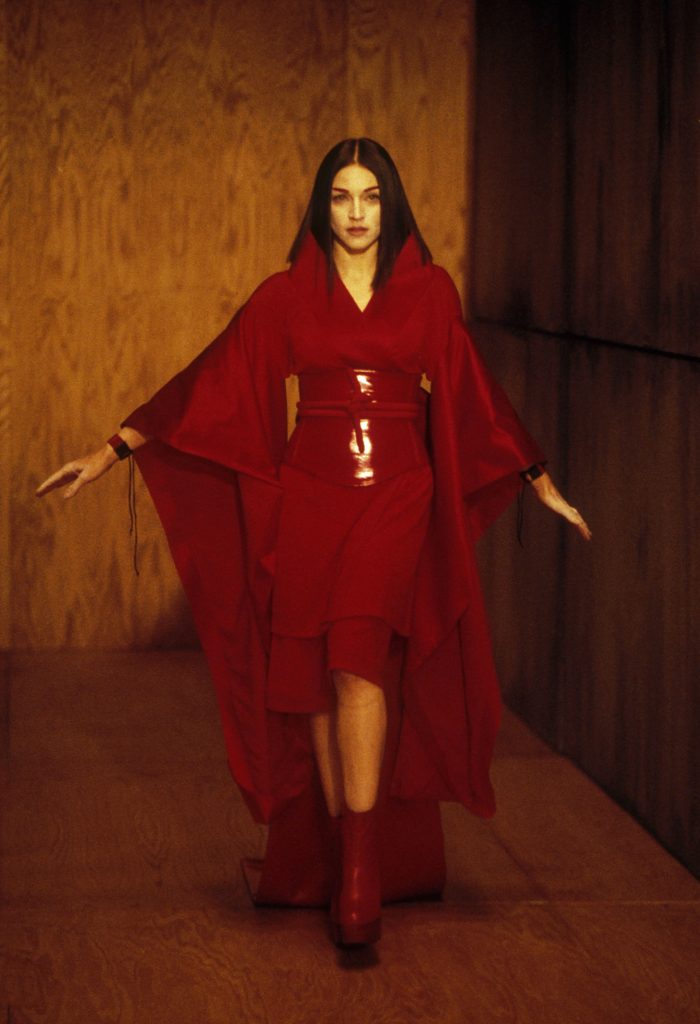 Anna Jackson, curator of Kimono: Kyoto to Catwalk at the V&A, said:

‘From the sophisticated culture of 17th -century Kyoto to the creativity of the contemporary catwalk, the kimono is unique in its aesthetic importance and cultural impact giving it a fascinating place within the story of fashion.’ 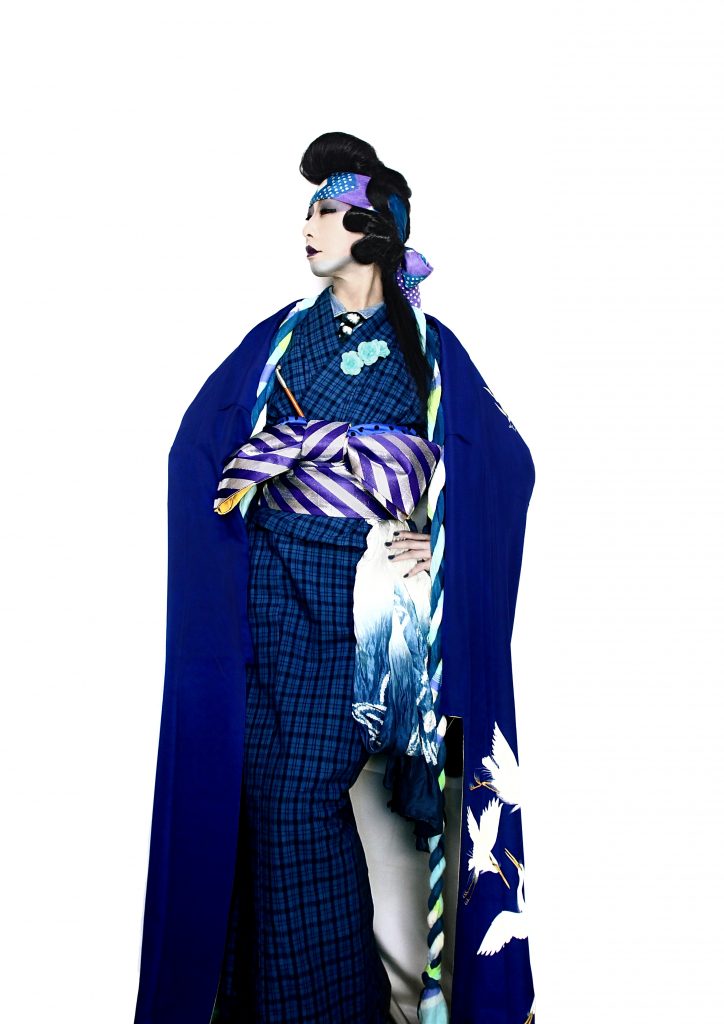 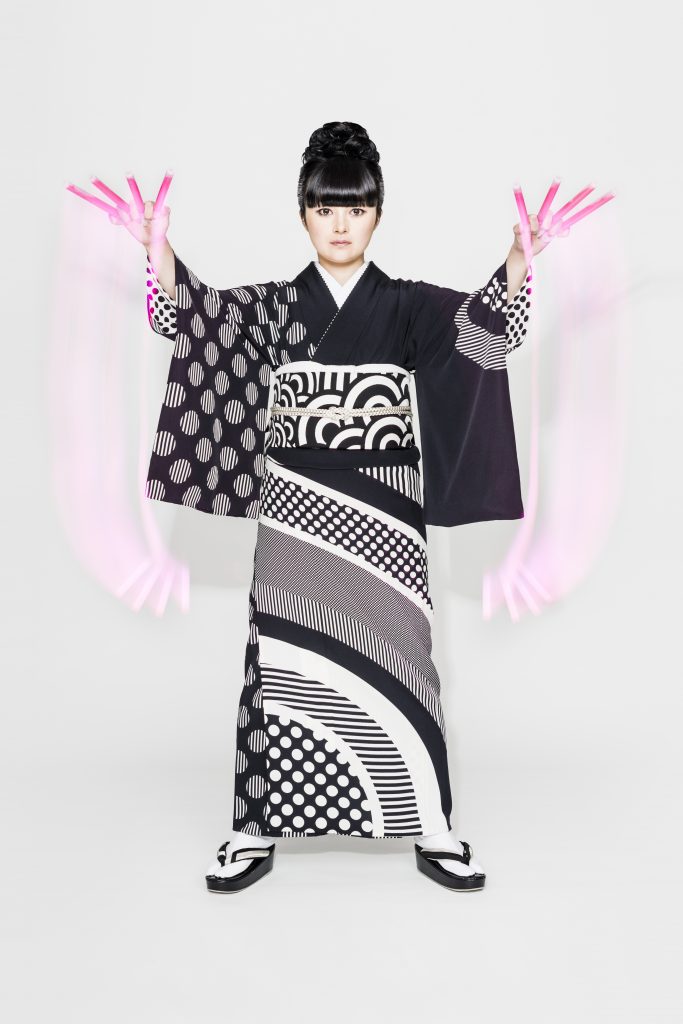 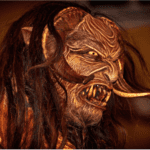 How to Become a Costume Designer in the Entertainment Industry 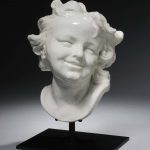 V&A acquires the most exquisitely modelled piece of English porcelain, discovered at a French flea market

The V&A has announced it has acquired a previously unknown porcelain sculpture Head of a Laughing Child (about 1746–49) after its chance discovery at a French flea market eight years ago.