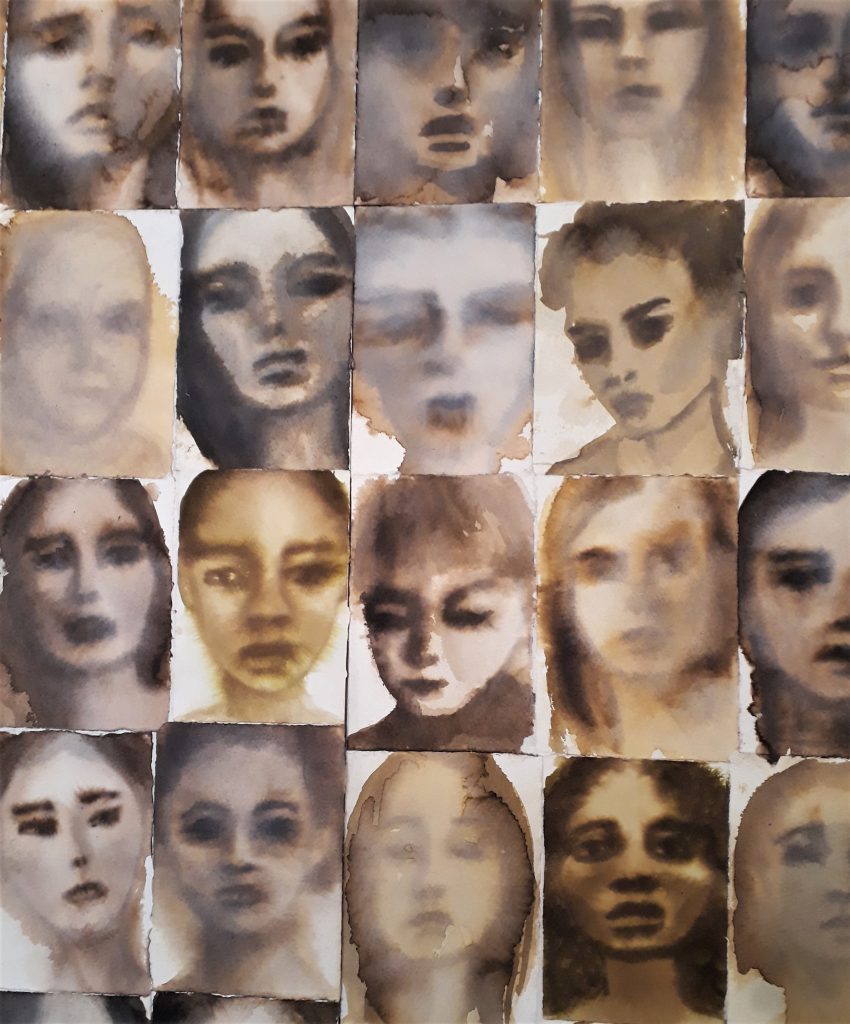 The Trinity Buoy Wharf Drawing Prize is on tour, the last stop being Leicester (21 Feb – 18 April). 1800 entries were whittled down to the 60 artists shown, with their primary motivations across technical accomplishment, working drawings towards a future purpose, exploration of expanded techniques (eg film of drawing) and the expression of potentially media-neutral ideas. Alice Motte-Munoz won the first prize of £8,000 with Shelley Tregoning second, though unusually a subsidiary prize is worth more: Penny McCarthy won the Evelyn Williams award of £10,000 and a future show at Hastings Contemporary. It’s natural to wonder, wandering round such shows, what you might have chosen, and I rather liked the following: 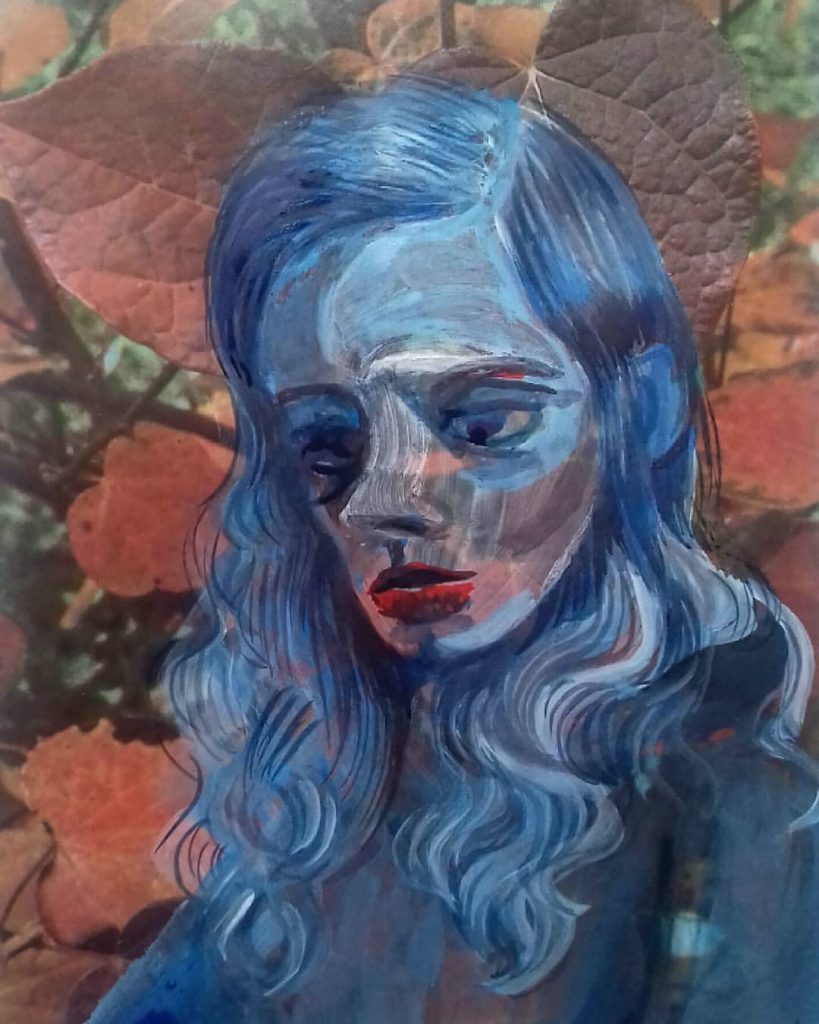 People are the dominant subject of the show – maybe that’s linked to Chantal Joffe’s presence as a judge. This face – from a series on pages from a 1970’s book aiming to explain such homemaking projects as the use of house plants and needlepoint – is particularly intense. The title, says Wooll, is a melancholy nod not only to the style and era of the book, but also to the unknown women who pored over such volumes. Incidental question: why is there only one ‘W’ in her almost perfectly double-lettered name? ‘Hannah W Wooll’ would be a neat name… 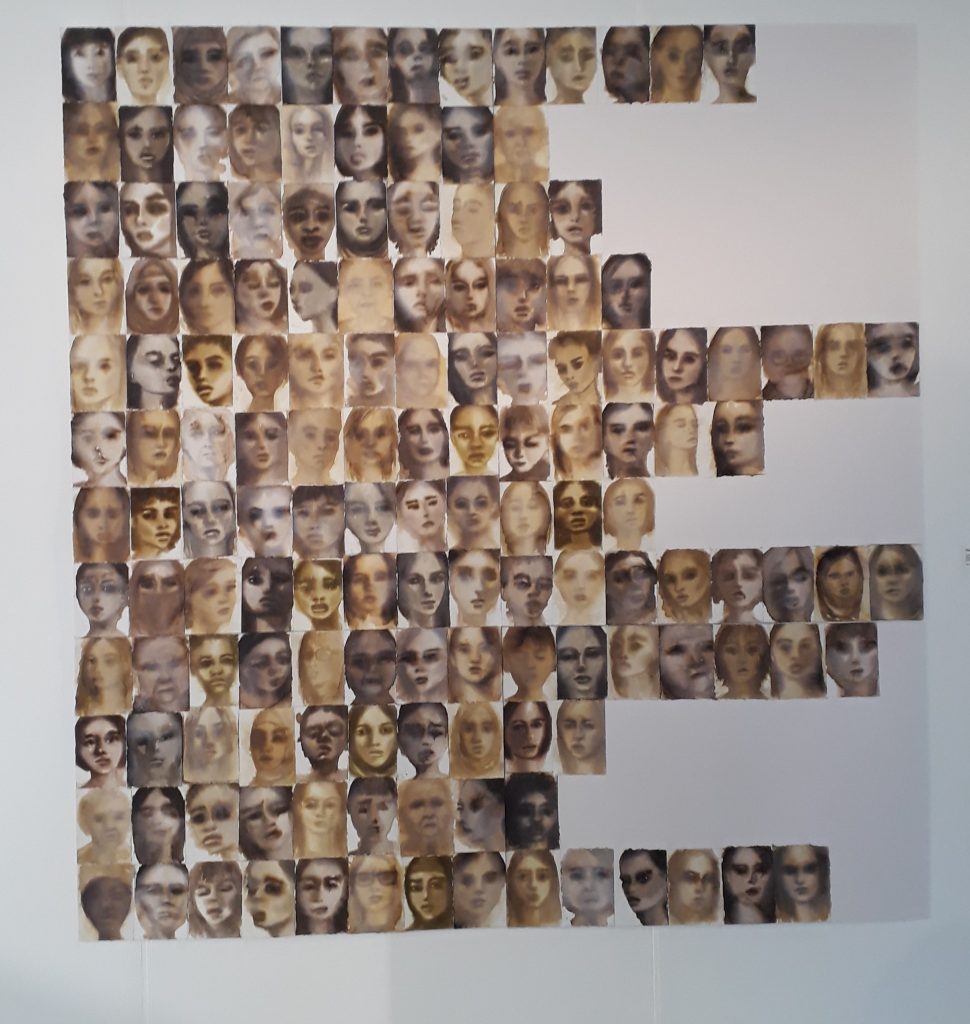 I see less logic in that middle ‘G’, but Roberts combines skilful use of the bleeding qualities of ink with a wider implication of blood-letting. She shows – not as portraits, but as representations month by month of their range of age and ethnicity – the sobering number of women killed by men in the UK in one year, most of whom knew their killer. There’s more to murder than knife crime… 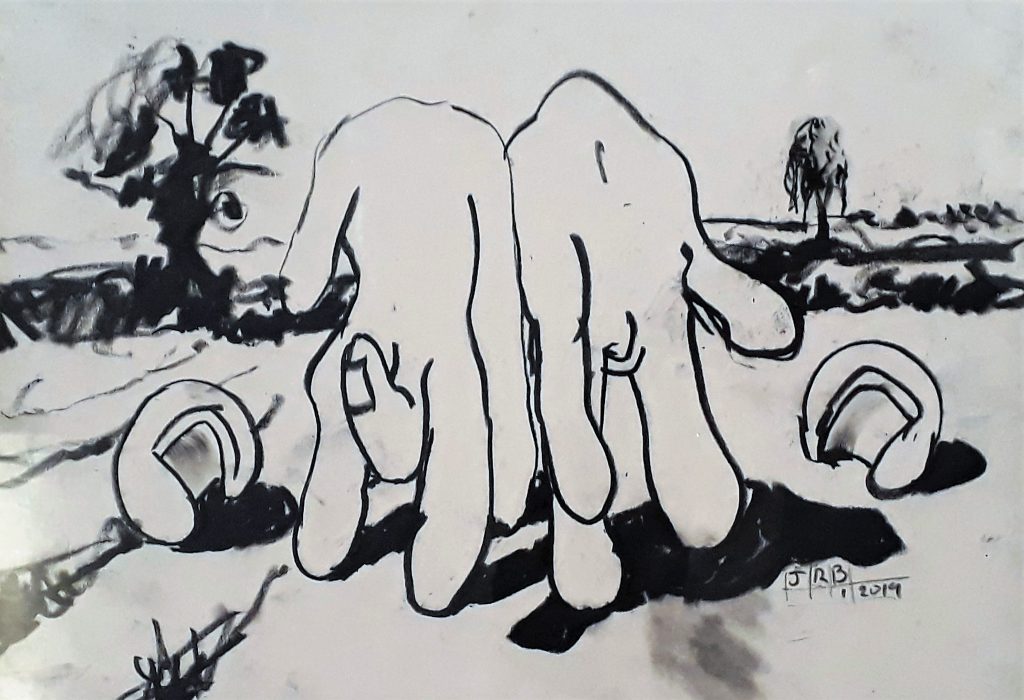 Bennett has developed ‘hand characters’ who act as his figures, going so far as modelling them in Plasticine so he can draw their various positions. These are evidently bikers enjoying the countryside: it seems they have discarded their helmets and are preparing to shake hands, which I take to be an act of maximum intimacy in their world.