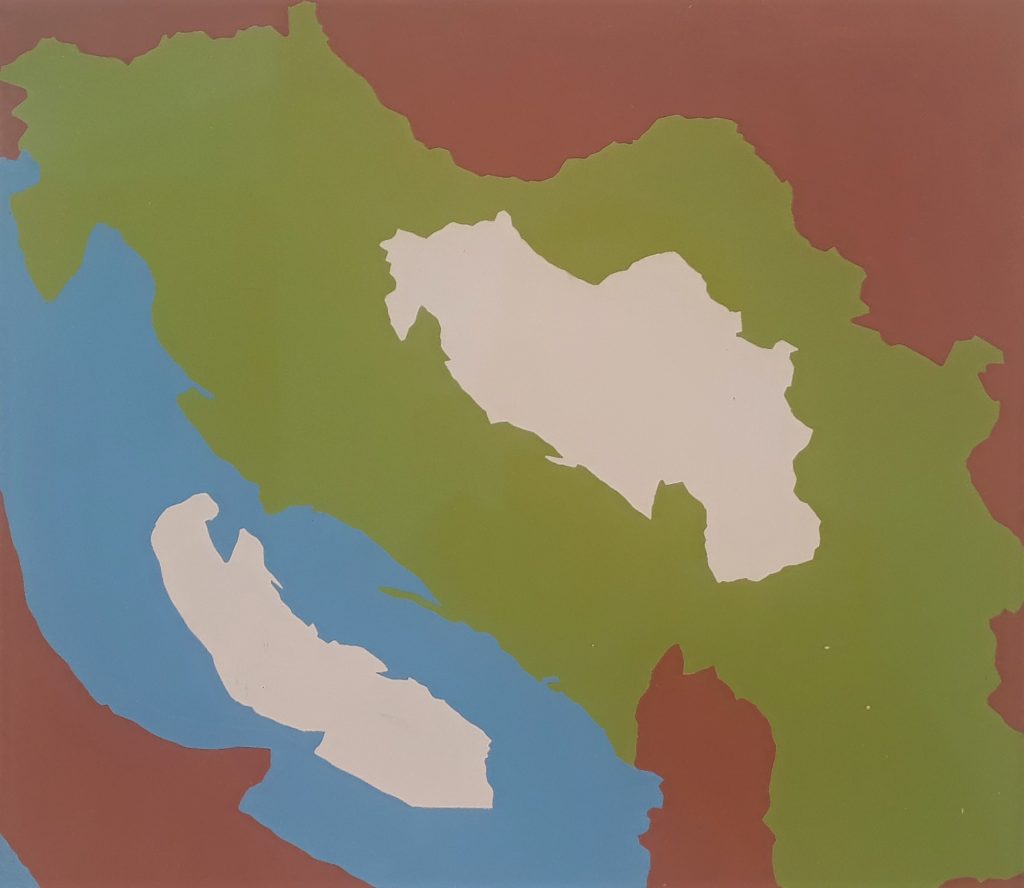 It’s a sign of the pervasive effect of global warming on our current thinking that as I wandered round Frieze Masters, I found works from the 70’s, 80’s and 90’s which seemed plausibly related to the theme – whatever their original agenda:

OHO: ‘The Melting of the Snow and Ice in Yugoslavia’ 1969 (top image). In this witty conceit from the Slovene collective (active 1962-71), the remaining snow takes the forms of the Yugoslav national outline and of the Adriatic Sea, implying that both were once fully frozen. What could have been a Cold War jibe at the time seems more connected now to the ice-to-sea-conversion of climate change. 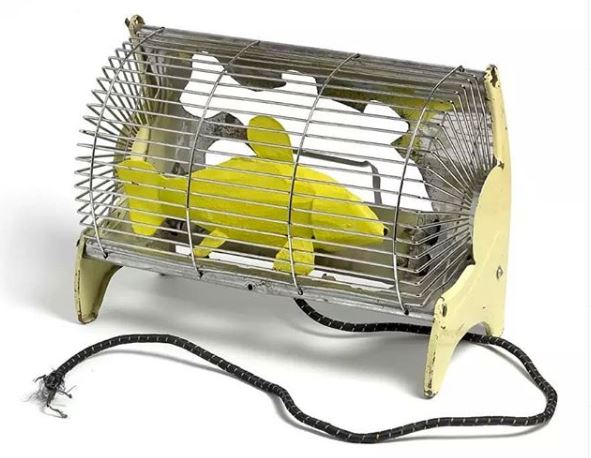 Bill Woodrow ‘Electric Fire with Yellow Fish’, 1981. Yet another of the seemingly endless supply of those brilliant early works by Woodrow in which new forms emerge from metal items. Is this one way to cook your supper? I guess, but it’s also another old work which might now be recast as carrying a message about global warming. 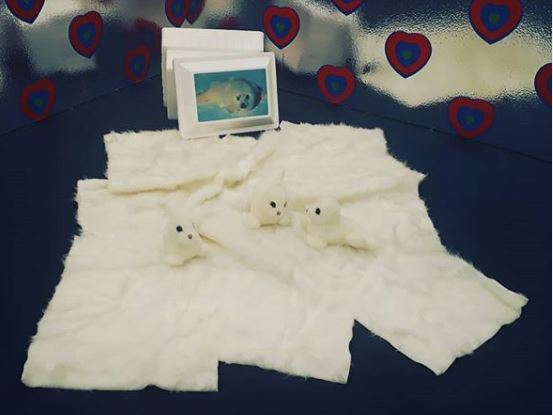 General Idea: ‘Hope Chest#, 1992. This consists of acrylic ‘fun fur’, three stuffed acrylic toy Harp seal pups, plus found polystyrene cooler with laminated placemat. This was made in the early days of protest against seal culling: the hope proved justified as that was controlled, but maybe the cubs will now be stranded on disappearing ice. It also acts as one of many self-portraits of the Canadian collective active as General Idea from 1967 to 1994: Felix Partz, Jorge Zontal and AA Bronson. It is, rather tidily, self-packing, brought to the fair in the cooler which forms part of the work and becomes a ‘hope chest’ (the trans-Atlantic equivalent of the ‘bottom drawer’ traditionally used to collect items such as clothing and household linen, by unmarried young women in anticipation of married life).