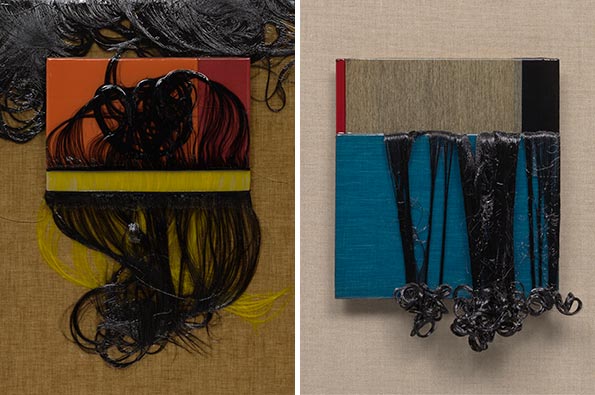 In the first show – Civilisation, James explored the relationship between art history, transformation and personal experience. In the second show – Automatter, he delved into the subconscious mind through his practice of automatic drawing and oil painting. James describes all of the work in the trilogy as a premonition about the future. The ghostly figures in Civilisation and the eerie forms and music of Automatter anticipated the darkness that was to enter the artist’s life when his wife passed away in 2018 – after the work was completed. 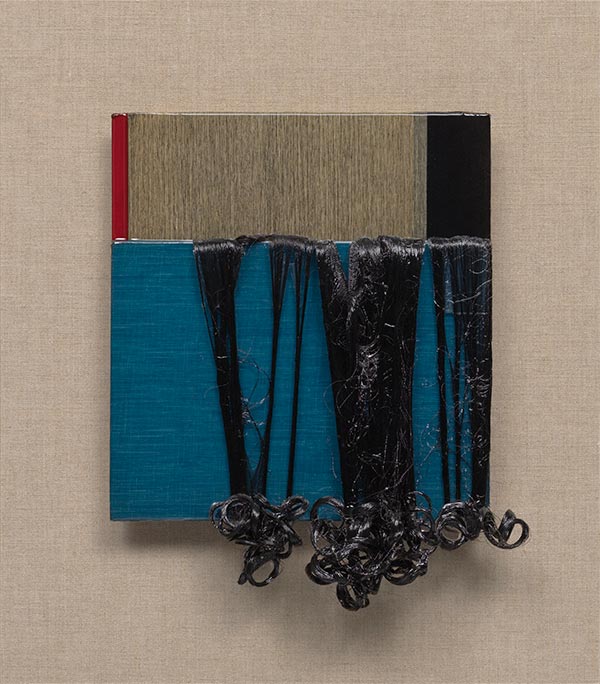 Some of the works in Storyboard were made prior to this defining moment whilst others have been made afterwards. The title of the show refers to the unfolding sequence of events that James finds himself in. The works or ‘assemblages’ as he refers to them, are portraits of people he is yet to meet – perhaps in this life or another? The materiality and forms are all consistent with the previous two shows, but James introduces colour in the form of geometric abstraction, a departure from the monochromatic
figurative representations of Civilisation and Automatter. The use of hair is also prevalent, which for James was especially poignant considering his wife lost her hair when she was being treated with chemotherapy. Ultimately Storyboard can be seen as a vision of reincarnation. 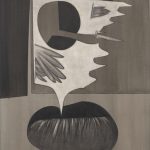 London based artist David James has just opened Automatter, the second exhibition in a trilogy of three at GALLERY46. We managed to get an interview with him just after the opening. 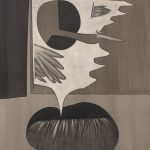 AUTOMATTER, the second show in a trilogy by renowned Creative Director DAVID JAMES

AUTOMATTER is the second show in a trilogy by renowned Creative Director DAVID JAMES at GALLERY46. 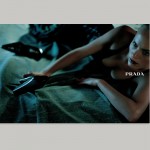 David James ‘Out of print’ is a digital exhibition that explores the changing nature of creative design and advertising over the last 20 years.