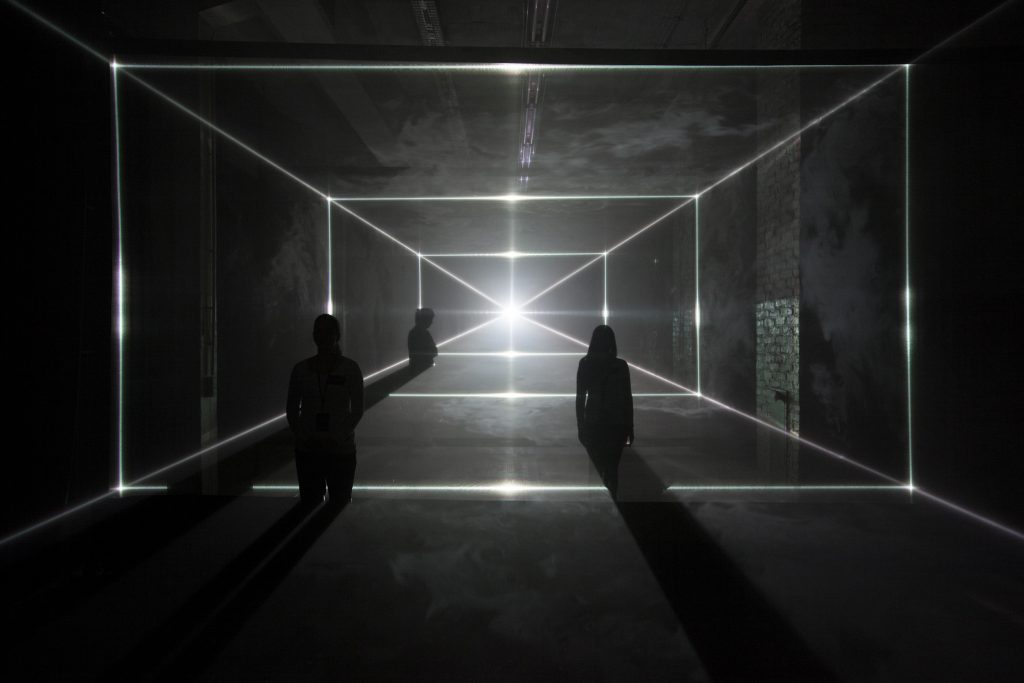 A major immersive exhibition by London-based practice United Visual Artists (UVA) will be presented by The Store X The Vinyl Factory at 180 The Strand, opening 2 October 2019, in collaboration with the Fondation Cartier pour l’art contemporain, Paris.

OTHER SPACES will feature three large-scale installations by UVA – including the UK premiere of an immersive installation featuring sound recordings of wild ecosystems around the world which conveys the importance of preserving the beauty of the animal world; a meditation on time experienced in a pitch-black room illuminated by oscillating light pendulums; and an installation that uses light as an architectural material to explore our perception of space.

Founded in 2003 by British artist Matt Clark, UVA is known for its bold site-specific installations and collaborative practice, combining experimental new technologies and processes with traditional media. Taking its title from the writings of philosopher Michael Foucault and referring to worlds that are transitory or juxtaposed to our reality, OTHER SPACES contains works that are both architecturally and conceptually interruptive. This exhibition will feature new and adapted work from across UVA’s 15-year career, which has spanned the fields of science, music, architecture and performance, and will be presented at 180 The Strand from 2 October until 8 December 2019.

The exhibition will feature a site-specific iteration of Our Time, commissioned by The Store X The Vinyl Factory for OTHER SPACES. An evolution of UVA’s hugely popular 2013 commission for the Barbican, Momentum, this atmospheric installation with newly produced music by Mira Calix will see visitors walk below the kinetic sculptures as they swing in and out of phase, projecting light and sound to manipulate the viewer’s experience of time.

Making its UK premiere will be The Great Animal Orchestra – a mesmerising soundscape of animal sounds recorded in natural habitats around the world by American musician and bioacoustician Bernie Krause. This immersive installation was commissioned by the Fondation Cartier on the occasion of the eponymous exhibition presented in Paris in 2016. Over the course of nearly fifty years, Krause has studied the secret and complex world of animal sounds, collecting over 5,000 hours of audio-recording of over 15,000 species in the heart of nature. The analysis of the graphic representation of these soundscapes via spectro- grams reveals that the sounds of the animal world are as carefully orchestrated as the most complex musical scores. Yet Krause’s soundscape also reveals that The Great Animal Orchestra, increasingly threatened by human activities, now risks being reduced to total and utter silence. UVA have imagined a visual translation of Krause’s soundscape, featuring colourful abstract spectrogram landscapes evocative of the environments where the wildlife recordings were made. After Paris in 2016, The Great Animal Orchestra has been presented in Museum of Art, Seoul, Korea; Power Station of Art, Shanghai, China; and XXII Triennale di Milano, Milan, Italy.

In the installation Vanishing Point, beams of white light will be projected into space from an invisible vanishing point, creating different shapes and divisions within the room and playing with the audience’s sense of perspective. Inspired by Renaissance perspective drawings by Leon Battista Alberti, Leonardo Da Vinci and Albrecht Du?rer, this immersive laser installation employs perspective as a tool to reshape and redefine a space. 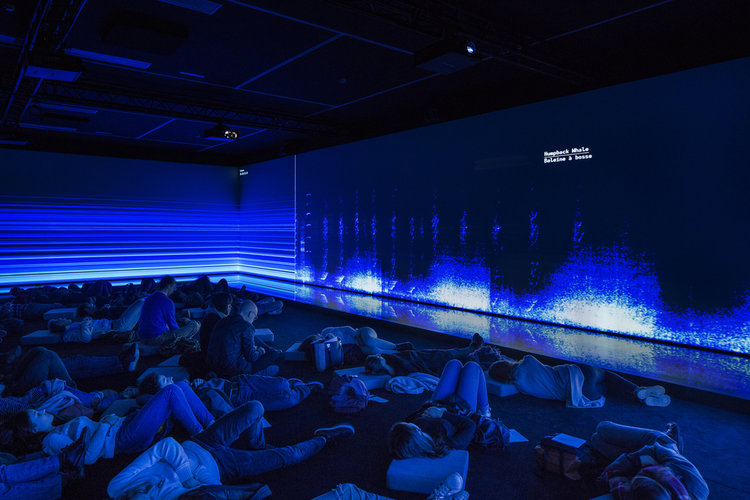 “I’m excited to bring these three works together under one roof to celebrate 15 years of UVA’s work and collaborations. It is a time that has brought such a rapid technological and ecological transformation, so it’s a moment to reflect on that shift as well as our work with such a diverse range of extraordinary practitioners, all of whom have formed and informed my world.” 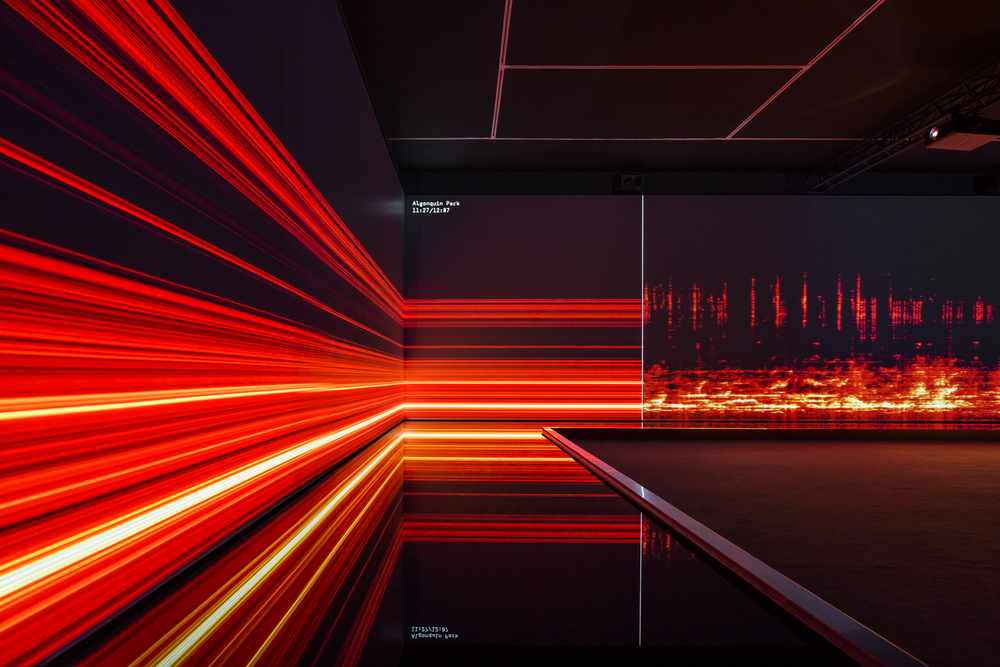 About The Artists
UVA (United Visual Artists) is a London-based collective founded in 2003 by British artist Matt Clark. UVA’s diverse body of work integrates new technologies with traditional media such as sculpture, performance, and site-specific installation.

UVA is collected by the Fondation Cartier pour l’art contem- porain, France and MONA, Australia. Public works are sited internationally in Toronto, Dubai, Philadelphia and London. The practice has an open and inclusive approach to collaboration and have worked with artists including choreographer Benjamin Millepied and the Paris Opéra Ballet, filmmaker Adam Curtis, and musicians Massive Attack, Battles, and James Blake. Most recently UVA collaborated with Christopher Bailey for the Autumn/Winter 2018 fashion runway show at Burberry. The work with Bernie Krause is also part of this collaborative practice. 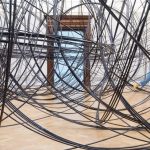 Climb inside a giant figure, de-stress in the dark, feast on femininity, escape a pink tower and sleep in a wheelbarrow. 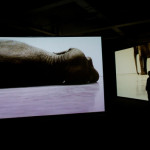 Here Today is an art exhibition, curated by Artwise, to celebrate the 50th anniversary of The IUCN Red List of Threatened Species 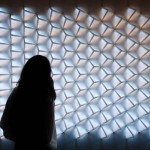 ‘Momentum” totally transforms the Curve into an other-wordly space like no other;

Nick Knight: The Fund from Beck's Green Box Project on Vimeo. Bringing together 30 of the world’s most innovative and […]