The Russian city of Perm, 1,500 kilometres east of Moscow, is the start of Europe if you travel from Asia. Photographer John Peter Askew has visited regularly for two decades after the chance introduction of being granted an exhibition there. From an archive of 20,000 negatives, he has selected 199 for a book and linked show  ‘We’ at the Northern Gallery for Contemporary Art in Sunderland.

Staying with the same family, Askew has clearly developed an attachment, reflected in his stated aim of seeking ‘intimacy with people, place and time’. That might make him sound like, say, Nan Goldin – but it looks to me as if it is the formal properties of a potential image which lead Askew to take photographs, not their emotional potency. And yet the project also avoids the documentary or anthropological tone, which wouldn’t fit the inclusive title, and yields an interesting position ‘in-between’ the objective and subjective: Askew’s nuanced engagement emerges incrementally as he elevates what is ordinary in his chosen locale. One way of reading the whole collection is as a paean to the simple life, one which has moved on from communist constraints yet not bought into the environmentally damaging capitalist assumption of an entitlement to rule the world. The exhibition* presented that social whole by displaying variously sized photographs not just on the walls but on tables containing grids of up to 42 images. The book** has equally sized reproductions of C-prints from film, a further resistance to the 21st century, differently sequenced but also stressing the connectivity in Perm’s alternative model of society. Here, for example, is a sequence of five images with flowers: ambiguously insubstantial between inside and outside; countering the masculinity and accentuating the supine vulnerability of four sleepers; as a support act for fruit  which is indeed their natural place; as a pattern among patterns in gentle rest; and – finally for real? – as a paradoxically surreal face replacement.  Whether in the gallery or on the page, this is commonplace beauty to make you think. 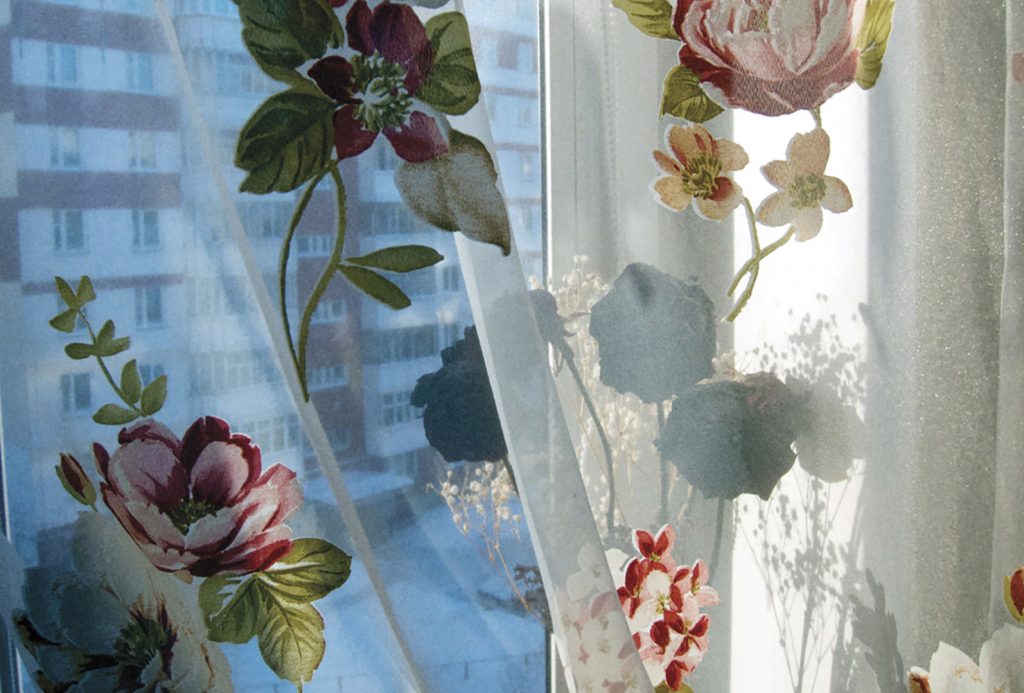 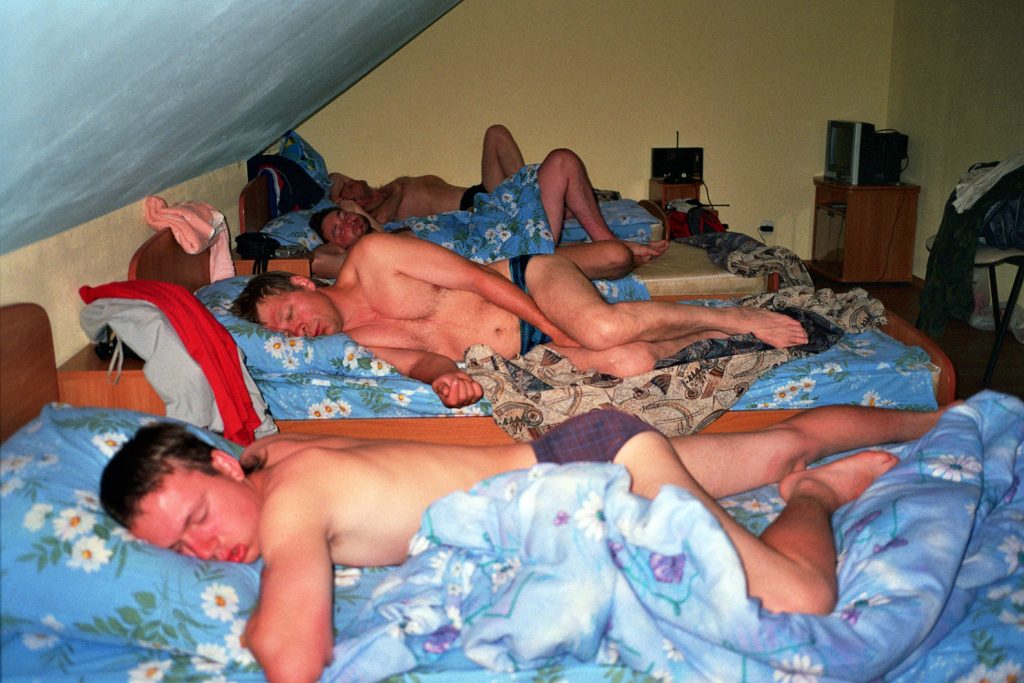 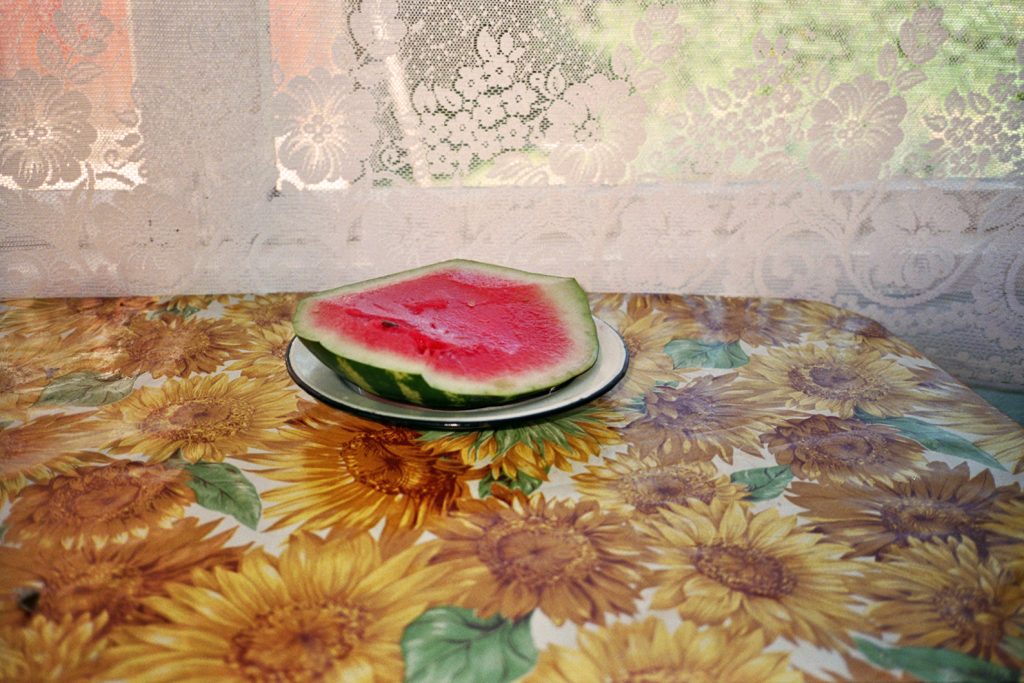 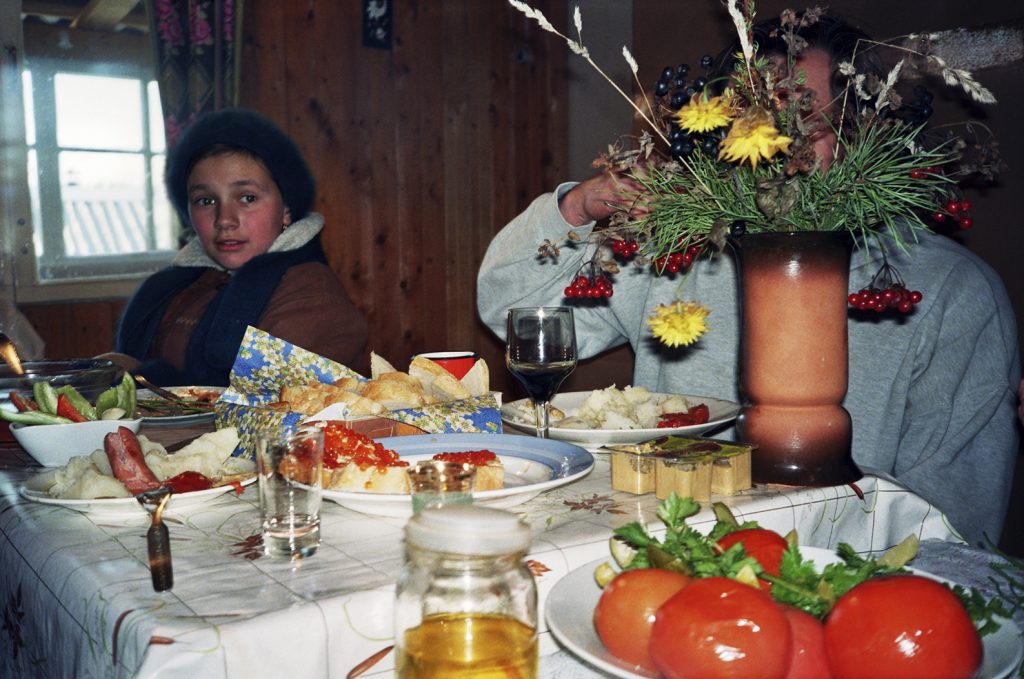