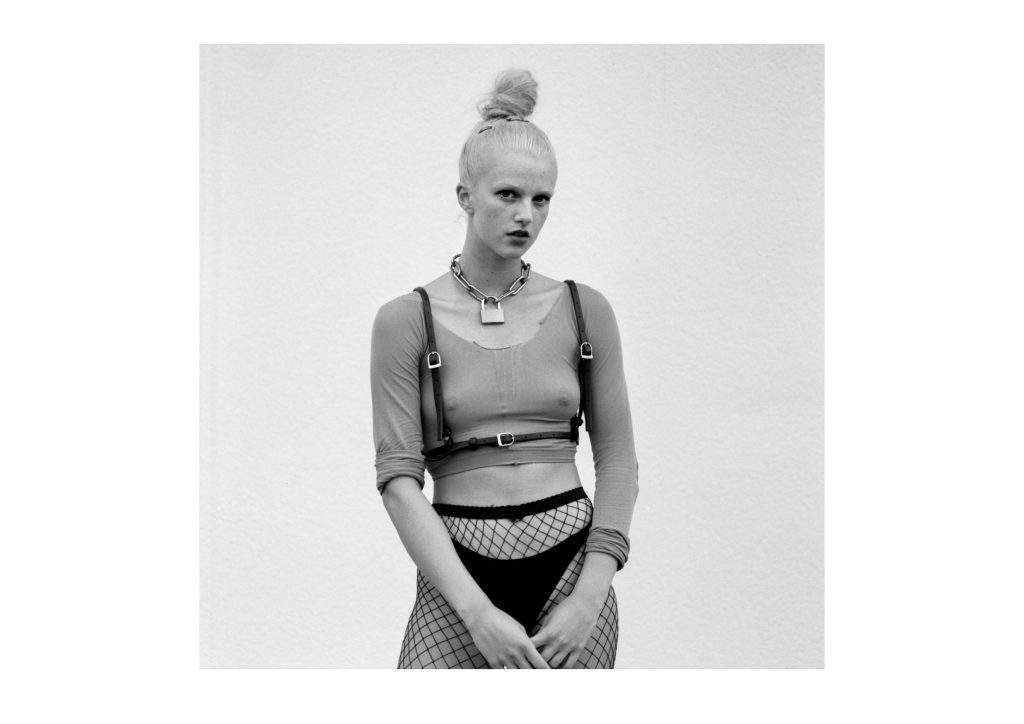 Anna-Lena Krause: Katie from ‘The Aftermaths’, 2017

If you haven’t been to the Saatchi Gallery lately, the current shows might surprise you. Free presentations of Saatchi’s own acquisitions, typically foregrounding big paintings, are absent. The two main shows are pay-to-enter affairs presenting works from disparate sources. Photography, film and installation predominate, but the sheer presentational chutzpah is the most striking feature. That’s consistent with the hard labour which Saatchi’s technicians often put in temporarily taking down substantial shows in order to allow fairs to occupy the building, but both ‘Sweet Harmony’ and ‘Beyond The Road’ take that to another level. The former presents a multi-sponsored history of rave across two floors through sociological, artistic and musical lenses. The latter converts the whole top floor into a linked sequence of staged tableaux in which sound and lighting take equal billing with the art. ’Sweet Harmony’ includes DJ performance, a car suspended upside-down, and many documentary photographs and associated ephemera. It all gives some sense of what the 80’s-90’s rave scene was like, updated to consider what current protests – such as Extinction Rebellion – draw from its culture. For example, I liked James Alec Hardy’s TVs – laid on hammocks and hacked to generate light shows – which swing before a ‘morning after’ forest scene; Liam Young’s cityscapes filmed by laser scanners; Chelsea Louise Berlin’s extensive collection of flyers; and Anna-Lena Krause’s application of something like the Bechers’ typological aesthetic to portraits of the bleary and stunned after event in Berlin. 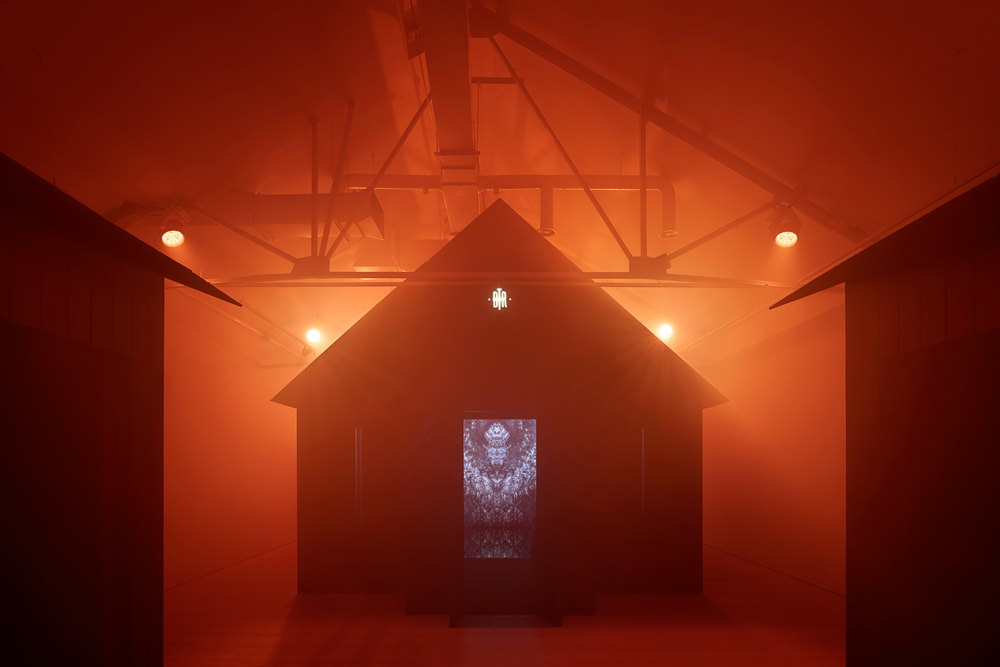 ‘Beyond the Road’ –  installation view of one scene

Beyond The Road (‘created by Colin Nightingale & Stephen Dobbie (Punchdrunk) and James Lavelle (UNKLE) in collaboration with the Saatchi Gallery’) is an immersive experience with psychedelic and haunted aspects. Original artworks, by such as Nathan Coley, Doug Foster, and John Stark, are presented in unusual conditions; along with what I took to be free adaptations of other artists’ language – pseudo Emin, Hirst and Boyce, for example. The result may be more spectacular than profound, but the spectacle gets it quite a long way. 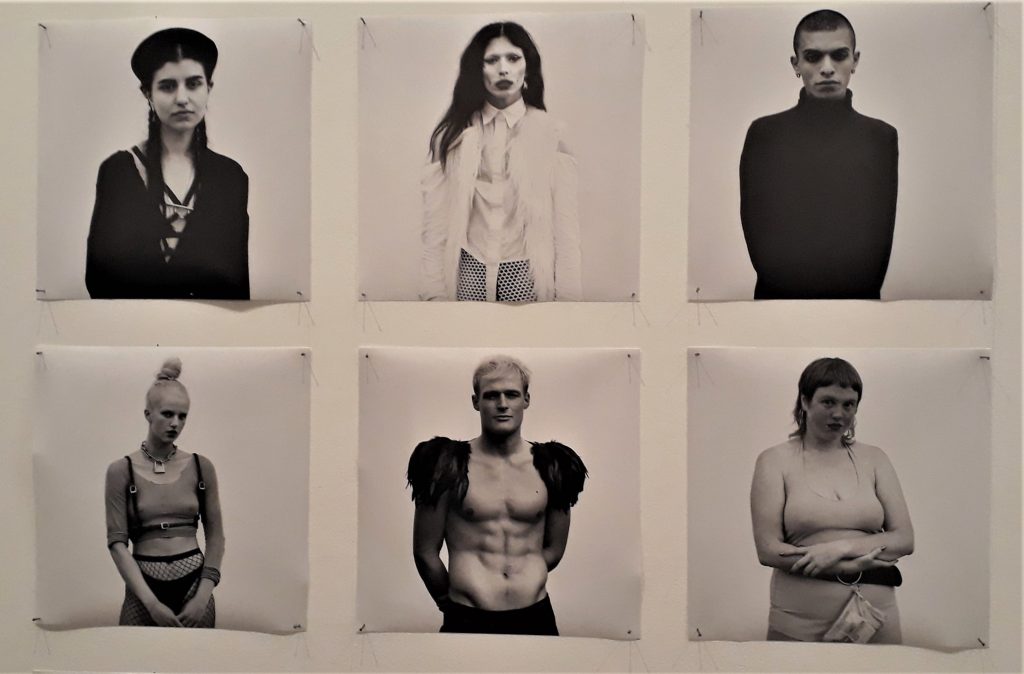