The multi-millionaire Turner prize-winning artist has been barred from a new central London art shop. Mayfair’s new ‘ArtShop’ has been created by fellow British artist and long-term rival Stuart Semple, who has had to install a full-time security person on the door of the new concept store. ArtShop opened last week to queues of artists round the block and security in place, in case of Kapoor. 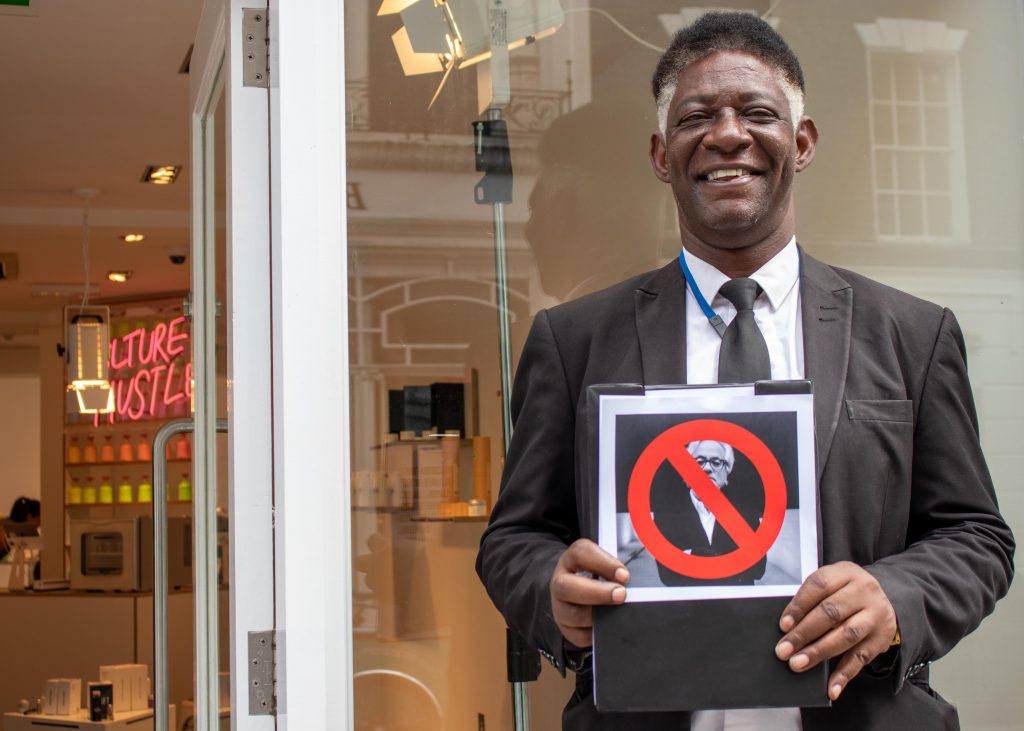 WHY?
Kapoor secured the rights to be the only artist in the world to use the blackest black in his work, to the great annoyance of Stuart Semple and many other artists. Semple released the pinkest pink on the internet and made it available to all artists except Anish Kapoor.

Angered, Kapoor acquired Stuart’s pinkest pink, dipped his middle finger in it and posted a photo on his Instagram as covered by the metro HERE.

The latest in the feud is that Stuart has had to bar Kapoor from his new store, as he explains:

“Since the artist in question broke the legal terms of service on our website, acquired the pinkest pink and posted it on his Instagram, we’ve had to ensure security measures at the store are adequate to prevent a further breach.

We are asking members of the public to sign a declaration on entry to ensure they will not share my creations with Kapoor or his associates. I hope the process will be relatively painless and thank our visitors for their patience on entry to the store.” 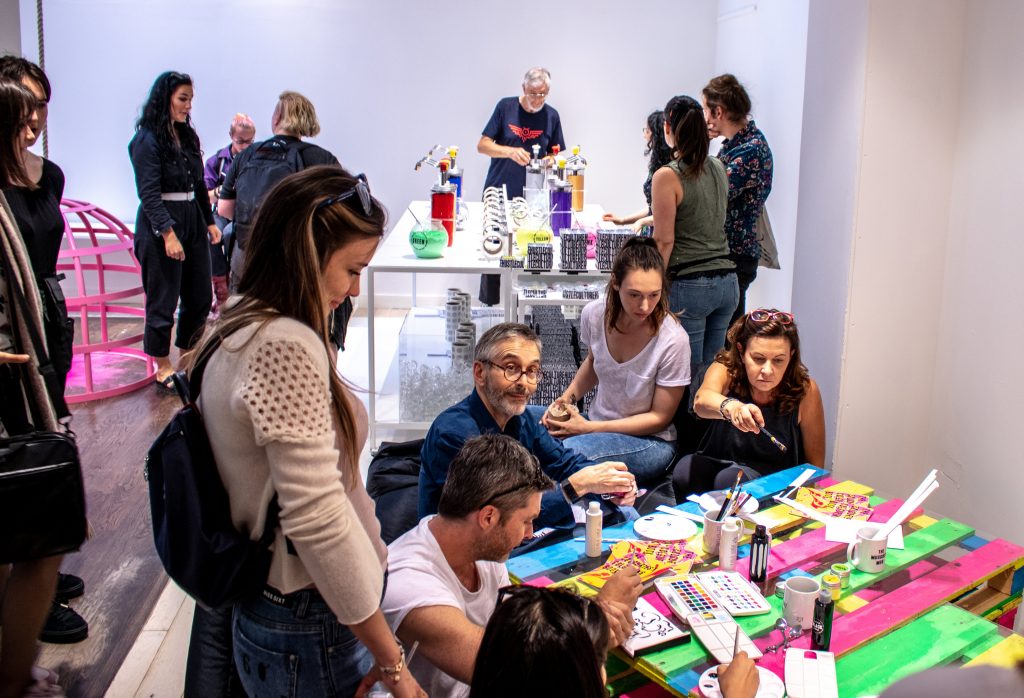 The ‘ArtShop’ concept store is open daily at 49 South Molton St and features Semple’s colour creations including the Pinkest Pink, Black 3.0 (the world’s blackest black paint), holographic pigments and his many potions. 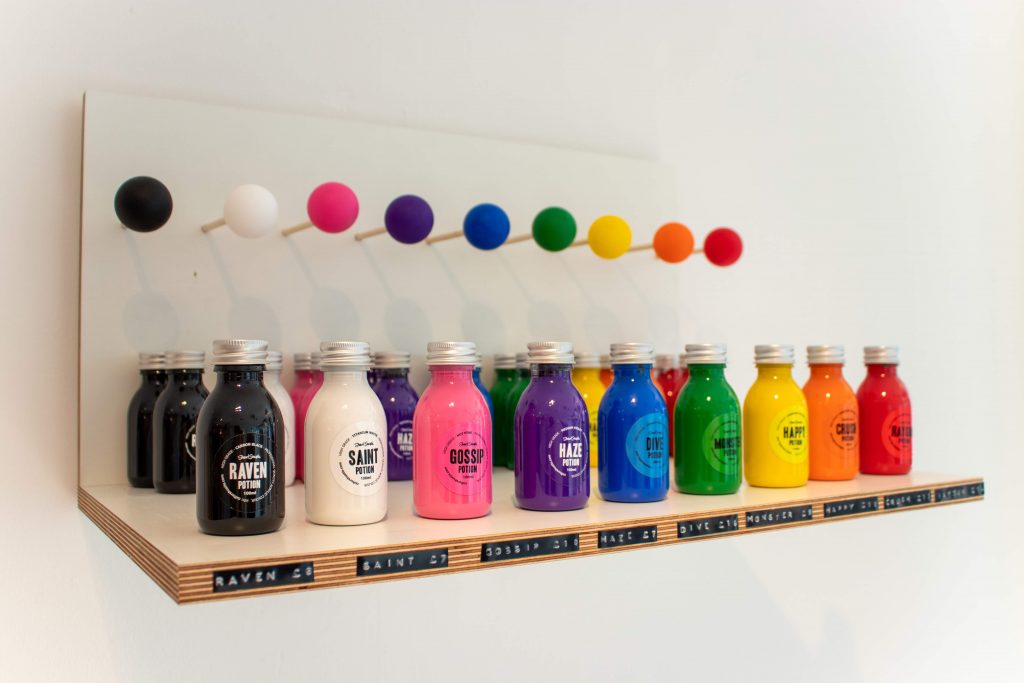 About The Artist
Stuart Semple is one of the UK’s leading post YBA artists, perhaps best known for his ‘Happy Cloud’ performance from Tate Modern, where he flooded the London skyline with artificial, eco clouds in the shape of smiley’s during the 2009 recession. Following this, the performance has been repeated in Moscow, Manchester, Milan, Australia, Denver & Dublin.

Semple has held 15 critically acclaimed solo exhibitions internationally in Hong Kong, New York, Los Angeles and Milan. He has featured in over 50 group exhibitions alongside artists such as Peter Doig, Basquiat, Warhol, Richard Prince, Ai Wei Wei and The Chapman Brothers. He has been featured across the media in The Times, Modern Painters, Italian Vogue, iD, Financial Times and many others. He has presented for the BBC and spoken at Oxford University, ICA, Denver Art Museum, Southbank Centre & Irish Museum of Modern Art.

Most recently, Semple has been embroiled in what has become known as the ‘Art Wars’, which started when artist Anish Kapoor secured the exclusive rights to use Vantablack, the blackest substance on earth, meaning that no artists would be able to use the pigment. This sparked Semple’s imagination and compelled him to create an elaborate piece of internet performance art, tackling the themes of accessibility, equality and elitism head on – starting with the creation of the ‘Pinkest Pink’, available to all but Kapoor.

Last year, Semple’s ‘Happy City’ project took over the city of Denver, incorporating a series of large-scale public
artworks, installations, immersive experiences and his participatory exhibition ‘Happiness HQ’. He is currently
working on an iteration of the project with the Hong Kong Art Centre for September 2019. Semple has been honoured as a UN Happiness Hero, a distinction given to mark the first UN International Day of Happiness on 20th March 2013. Stuart is also an ambassador for Mind, the mental health charity. 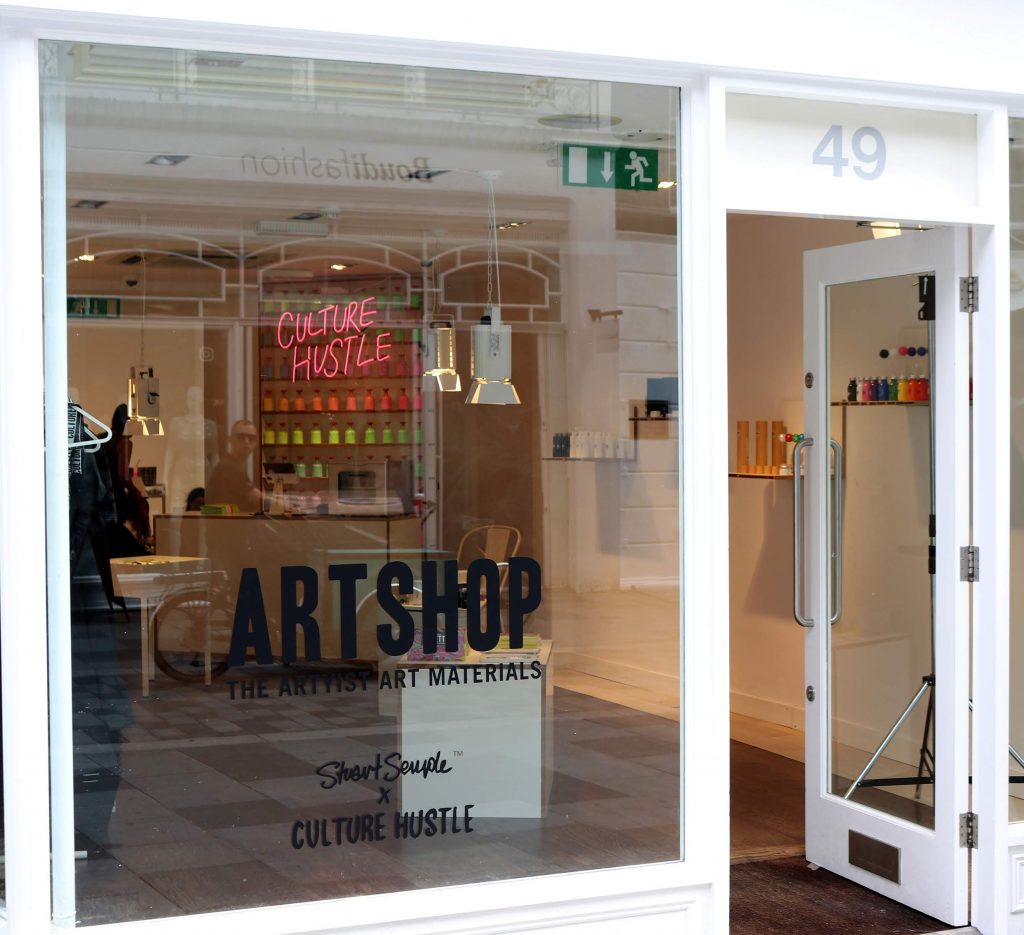