Art critic Tabish Khan brings you ‘The Top Art Exhibitions to see in London’. Each one comes with a concise review to help you decide whether it’s for you. All end soon, so hurry if you want to catch them. All of his top picks from last week are still open, so there’s a chance to catch them too: 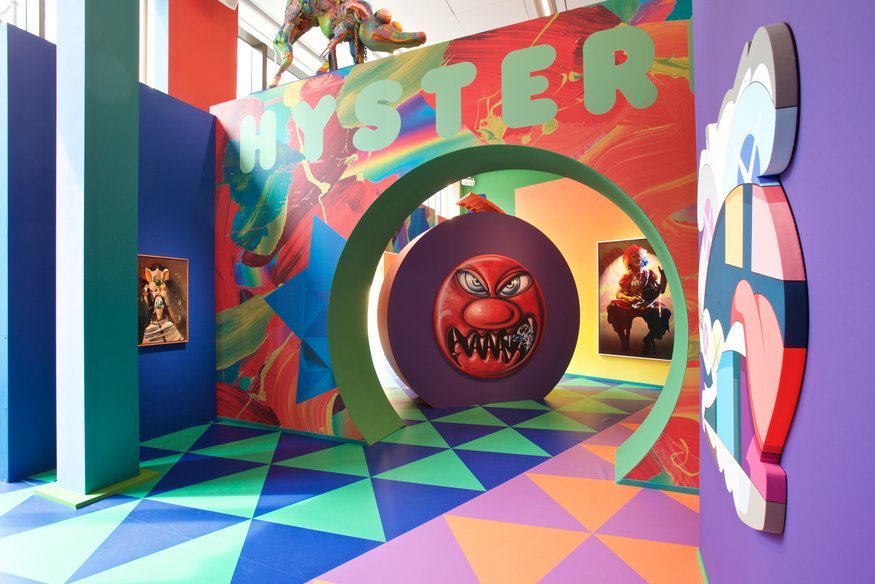 Hysterical hosted by Gary Card @ Phillips
What would you get if you crossed a fun house with an art exhibition? Probably something like this exhibition assembled by artist and set designer Gary Card. Sculptures look down on visitors from the walls, flowers spin and there’s a creepy video triptych inspired by the Garden of Earthly Delights by Hieronymus Bosch. This is a colourful treat and you may read my full review here. Until 21 August. 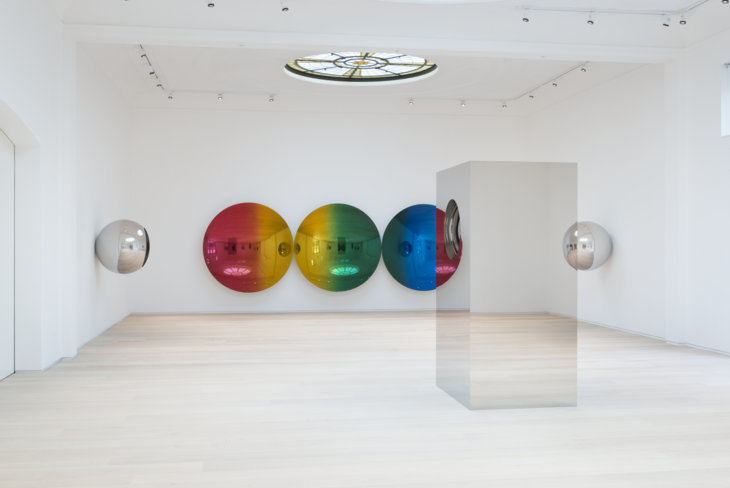 Anish Kapoor @ Pitzhanger Manor
Highly polished mirrors reflect, distort and invert us in the perfect exhibition to mark the re-opening of Pitzhanger Manor. Anish Kapoor’s works fit in neatly with the architecture of the manor and it’s great to see the venue opened again after a lengthy refurbishment. Read my full review here. Until 18 August. 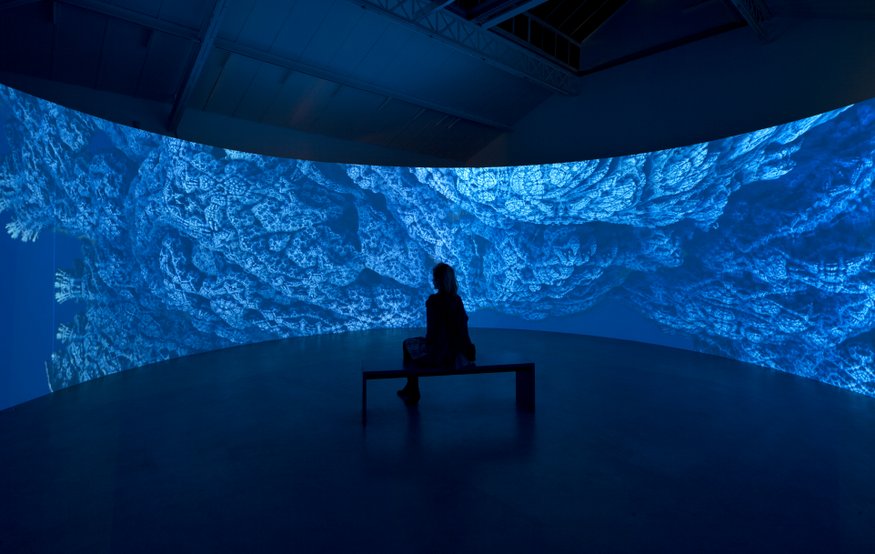 Hicham Berrada: Dreamscapes @ Hayward Gallery, HENI Project Space
It’s like walking into a sinister lab as chemical landscapes form within vitrines in the darkness. Throw in a 180 degree screen of surreal alien looking landscapes and we get a bizarre and enthralling journey into the artist’s scientifically inspired dreamscapes. Until 18 August.

The Smiths @ Marlborough Fine Art
Normally a group show of artists has some central theme to bring together lots of works, and let’s face it the premise is often tenuous. So it’s refreshing that this show deliberately keeps it light by assembling artists that all share the surname Smith, so you have works next to each other that would never normally be side by side. It’s a playful idea from the brain of artist Maurizio Cattelan and is typical of his devilish humour. Until 2 August. 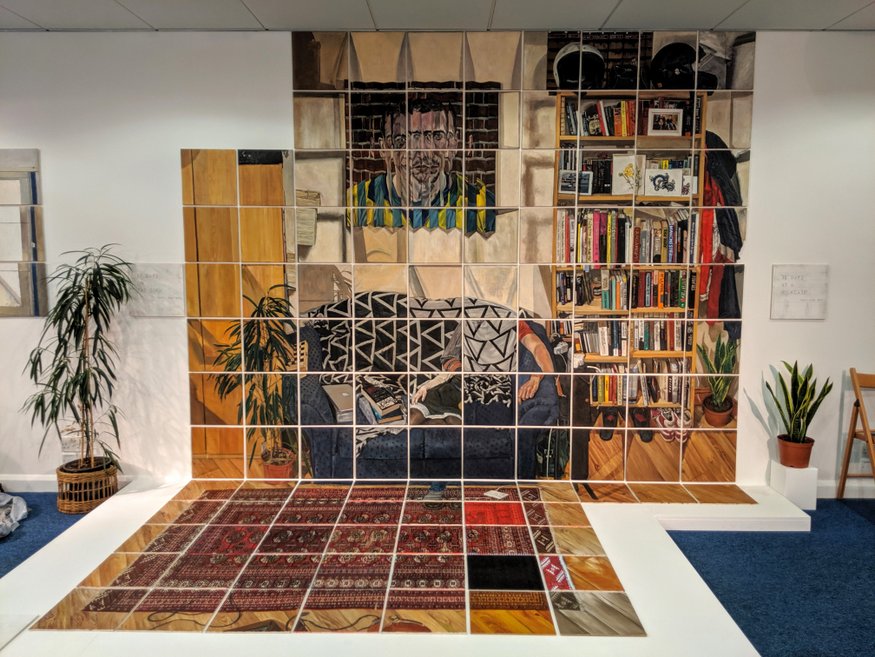 Rod Kitson: art by the square foot @ Surrey Quays shopping centre
Rod Kitson painted one square foot of his studio every day for 190 days and this process tells us just as much about the artist as it does his studio. The paintings capture changes within his studio as charging cables move around and people visit. It also captures the artist’s own experimentation with technique and days when he had less time than others, so that each square has it’s own story to it. With a unit hired within a shopping centre, anyone can drop in and paint a square foot of their own. Until 28 September. 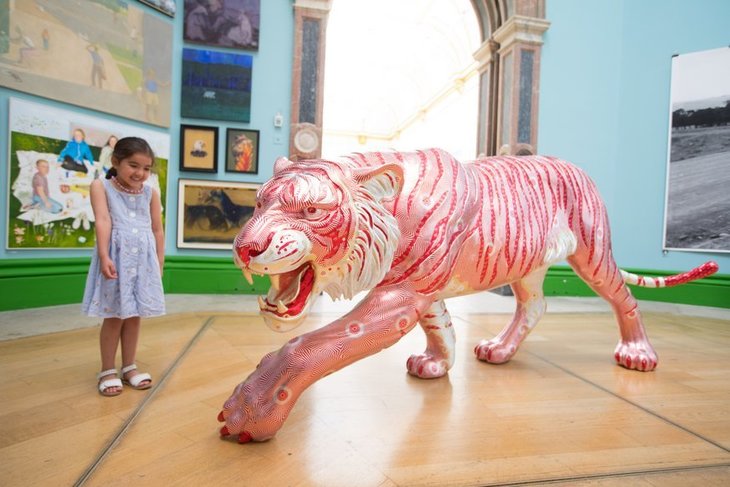 Summer exhibition @ Royal Academy of Arts
It wouldn’t be summer without the RA’s big summer blowout with wall to wall and floor to ceiling art in the main galleries. It’s a fun year with a life-sized foil tiger and a banner declaring we’re all immigrants. I even make a small appearance in one of the works and I’ve picked my top 7 highlights from this year’s show. Until 13 August. 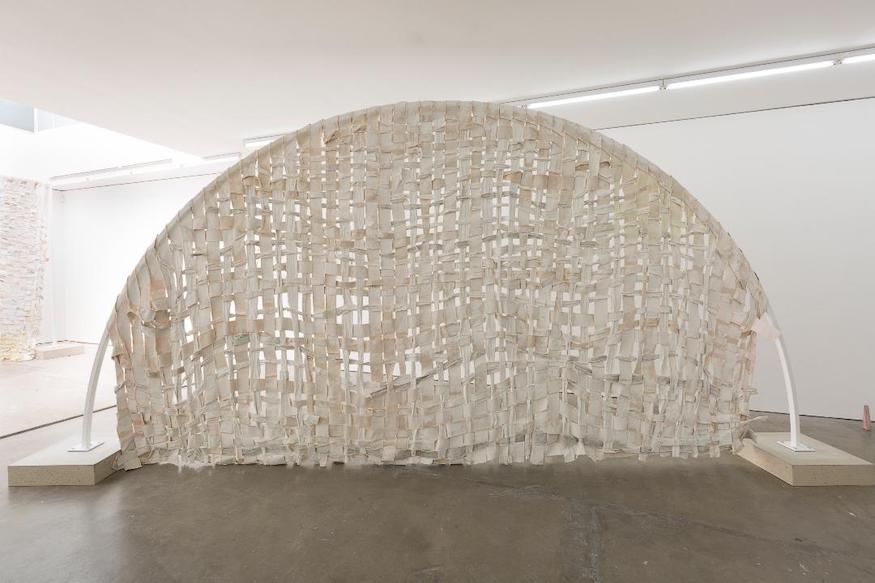 Jodie Carey @ Edel Assanti
Navigate big structures made from sliced up canvases dipped in paints and one occasion you may peek between them. Colourful scribbles on the upstairs sculptures are a delicate touch that contrasts with big chunky pillars emerging from the ground downstairs. These works are all about texture and the process of making these big bold works, much like the delicate looking work she has at Frieze sculpture. Until 16 August.