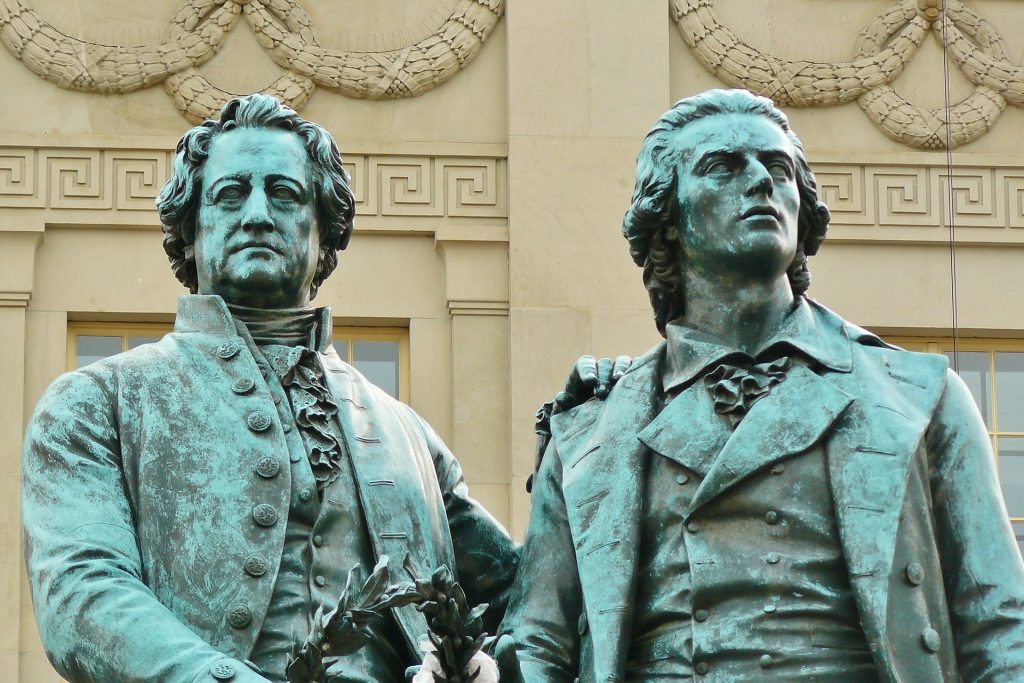 Located in Thuringia, Germany, Weimar is a relatively small city that has had an unusually large impact on the world. While some know it best as the origins of the Weimar Republic, others associate it with Goethe, Schiller, Bach, the Bauhaus movement, and various UNESCO World Heritage sites.

The city has long attracted visitors from both near and far, and with a great selection of restaurants, museums, and hotels not far from the city centre, Weimar remains one of the top tourist destinations in Germany – especially for those with a passion for design, culture, literature and art. We’ve put together a list of three of the top reasons to pay Weimar a visit.

After graduating from university, Bach worked as a court musician in the Duke Johann Ernst III chapel in Weimar. After a brief stint at Arnstadt and Muehlhausen, Bach returned to Weimar as organist and director of music. It was here in Weimar between 1708 and 1717, that Bach began composing regularly.

The annual Thüringer Bachwochen festival pays tribute to Bach with a weekend of Baroque music across multiple Thüringer locations that Bach frequented. Each year, it is held either during or around Bach’s birthday at the end of March.

As early as the 18th century, Weimar became home to the large German cultural and literary movement known as Weimar Classicism. The movement spans an approximate 30-year period that supposedly began with Johann Wolf Goethe’s return from Italy and ended with the death of the popular poet, philosopher and playwright Friedrich Schiller – Goethe’s main collaborator during the movement. Although Goethe and Schiller were the two key characters of the movement, there were other intellectuals involved such as Johann Gottfried Herder and Christoph Martin Wieland. The movement is also known for its inclusion of female writers.

In Weimar today, visitors can trace the footsteps of some of the above literary heavyweights: visit the houses of Goethe and Schiller, their tombs at Weimarer Fürstengruft, have a drink at Goethe’s local Zum Weissen Schwan pub, and relax at the Duchess Anna Amalia Library.

The German architect Walter Gropius was the founder of the Bauhaus School in 1919; it merged both the Weimar Saxon Grand Ducal Art School and the Weimar Academy of Fine Art. With a focus on art, craft, architecture, graphics and design, as well as great value placed on new ideas and new thinking, the school immediately began to attract the attention of renowned artists including Paul Klee, Wassily Kandinsky, and Johannes Itten. Known as the “blueprint for the future”, the Bauhaus movement revolutionized the world of architecture and design and is still viewed as one of the most important design movements to date. In 1923, the Bauhaus school closed down and moved from Weimar to Dessau due to political unrest and funding difficulties. The building is now known as the Bauhaus University of Architecture.

The new Bauhaus Museum in Weimar is expected to open in April 2019 with an exhibition on modernism at the turn of the century. Similarly to the old Bauhaus Museum in Weimar, the new one will include works and pieces by a selection of the great Bauhaus teachers and students, and the world’s oldest collection of Bauhaus objects. Furthermore, an exhibition called “Art in Weimar” is currently taking place at the Tate Modern, London, until the 14th July, 2019.

Every Friday Websites We Love : 120 From

The ‘Vicious Cycle’ proves collaboration can be v successful.