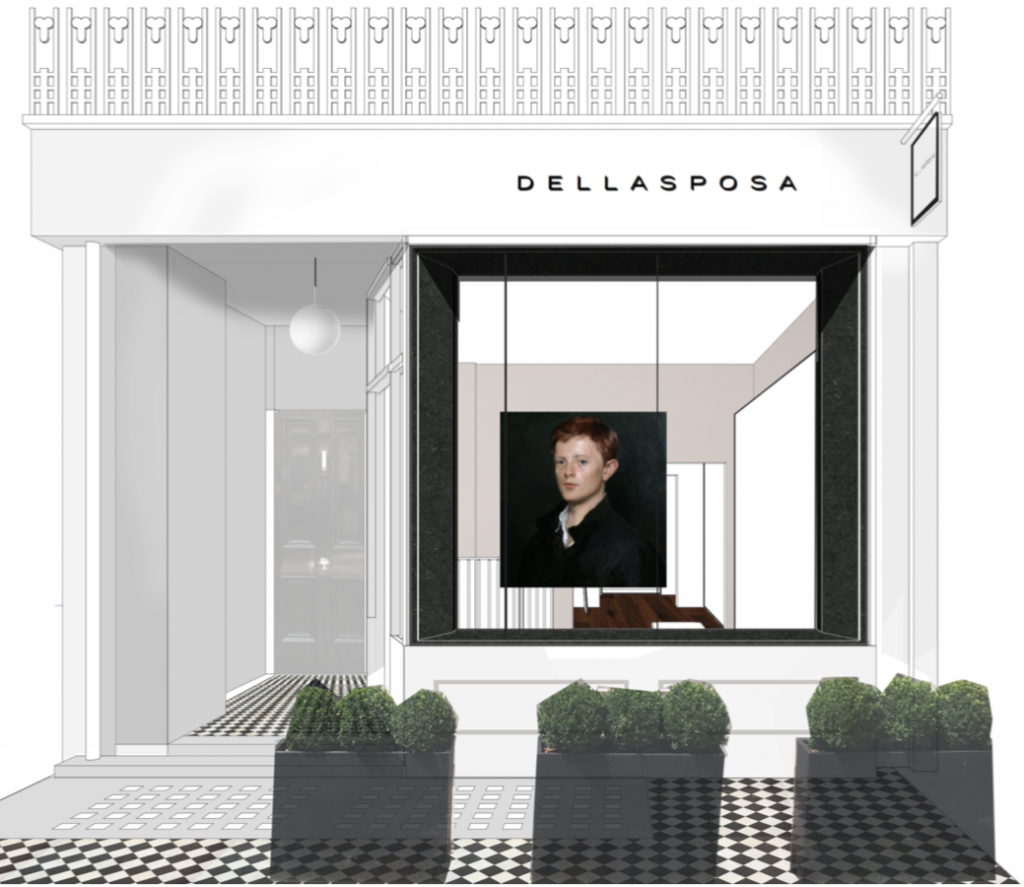 Dellasposa has just announced the launch of its new permanent gallery space at 2A Bathurst Street, London, opening end October 2018. The new gallery covers two floors and will benefit from five distinct rooms for exhibitions. It will form the new central London flagship to house Dellasposa’s growing stable of contemporary artists, a broader spectrum of works on offer by the modern masters, and a newly expanded events programme. The gallery space is designed by the founders, Jessica McBride and Julian Phillimore, to create an immersive and contemplative experience for guests and visitors. Site Unseen, the inaugural exhibition at the gallery, comprises works by contemporary artists Alexander James Hamilton, Darren Coffield, Gail Olding, Guy Haddon Grant, Isabella Watling, Rad Husak, Sabatino Cersosimo, and Tahnee Lonsdale.

‘Having established the gallery through a variety of exhibitions in and around Mayfair, we are incredibly pleased to put down roots in Connaught Village’

says Julian Phillimor
Connaught Village, the luxury retail quarter of the Hyde Park Estate, and is well known for its independent boutiques and a unique ‘oasis of calm’ atmosphere in the centre of the city, a short distance from Oxford Street and Hyde Park.

The founders believe that socially-based experiences are the best way to inspire people and foster interest in art. Dellasposa wants to open its doors to a broader audience by developing a Salon series of events alongside the exhibition programme at the gallery.

‘The gallery is an environment for creating culture,’

‘our vision is to reinvigorate the tradition of the Salon by hosting a series of events that are as social as they are a reason for intellectual discourse.’

The founders believe that trust is the root of building relationships with their artists and clients. Transparency fundamental to their business; by diligently informing collectors with an openness to information and research in the art market, they offer an impartial a bespoke art advisory service for art collectors. Whether someone is invested in the art scene or beginning one’s journey, Dellasposa provides independent, in-depth expertise to guide one through collecting art in today’s international, and often complex art market.

About
Founded by Jessica McBride and Julian Phillimore in 2016. Prior to the business, Jessica spent over six years working in several art galleries in London, specialising in post-war and contemporary art, with a key interest in Andy Warhol. As a curator, she has mounted group shows and exhibitions by both established and emerging artists.

From 2004 to 2009, Jessica read History of Art MA (Hons) at the University of Glasgow, and in 2010, she achieved an MA in Visual Culture at the University of Westminster. Jessica has also trained in journalism at the London School of Journalism in 2006 and was educated in Finance and the Art Market at Sotheby’s Institute of Art, New York, in 2013.

Julian Phillimore studied Art History at Manchester University from 2001 to 2004. He gained experience at the Frick Collection, New York, and Christie’s, London. He then followed one of his passions and became a professional yachtsman until 2014. Having sailed the seas, Julian turned to his other passion in life – art – and founded Dellasposa with Jessica.