The RA's Types of Thing - FAD Magazine
Skip to content 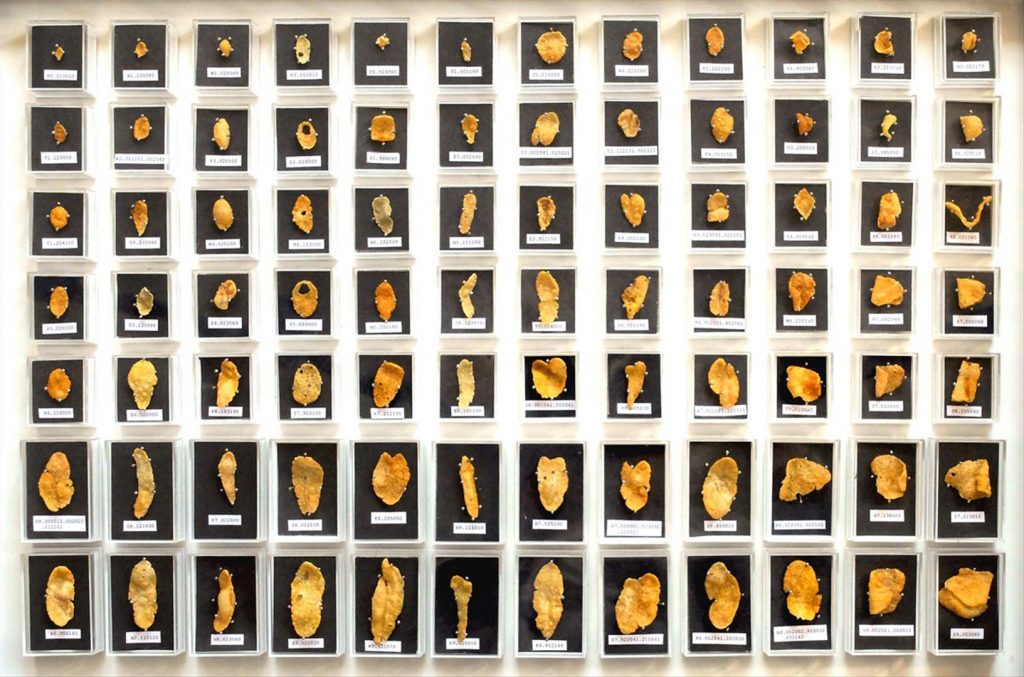 Anne Griffiths: ‘The Taxonomy of the Cornflake’

Who doesn’t like a good typology? Certainly the Royal Academy hanging committee do, judged by the number in its Summer Exhibition, from which I’ve chosen four. The ideal art typology, I think, looks initially rather too repetitive: it’s only the artist’s attention to detailed individuation which persuades the viewer that there are discriminations to be made. On those grounds, the cornflakes astones areones  are my favourites here… 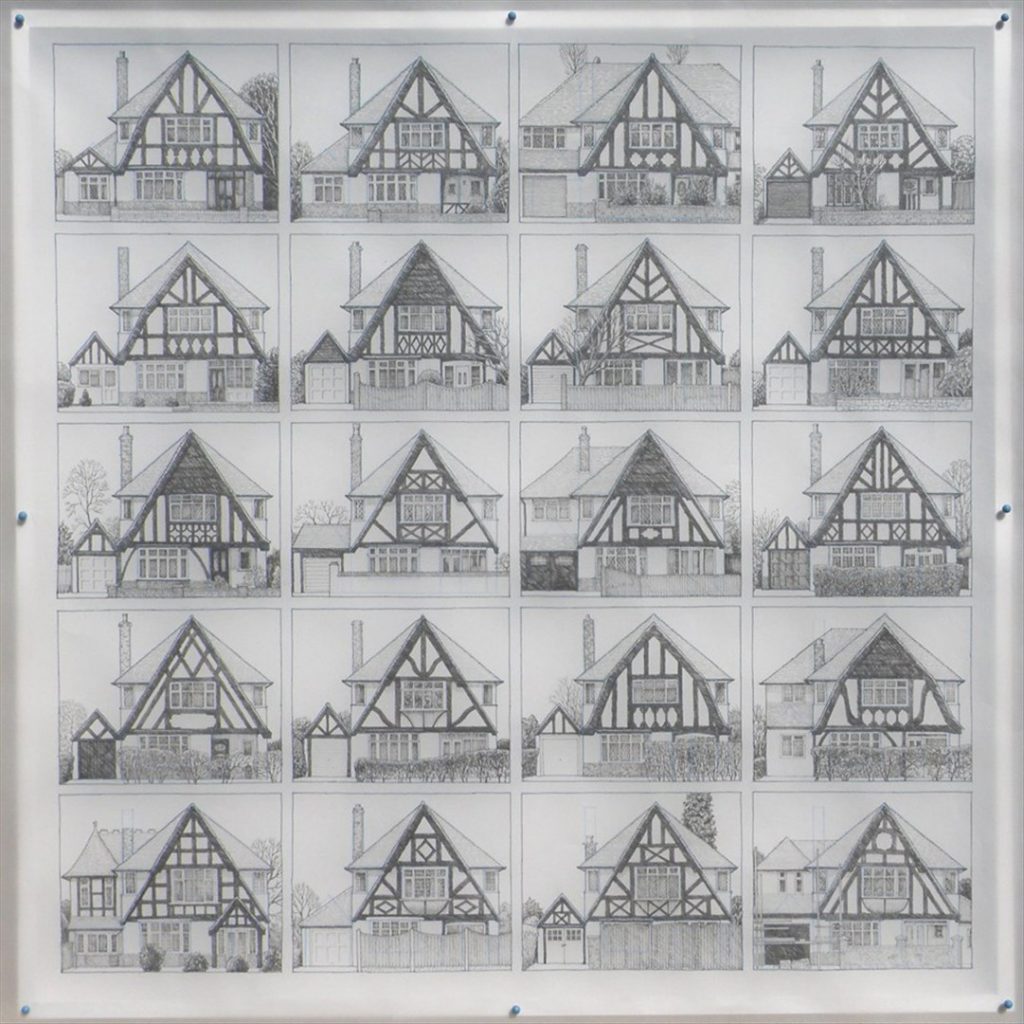 Mark Beesley won the Hugh Casson drawing prize for his pen and crayon on tracing paper depiction of 20 Mock Tudor frontages, which call to mind the typologies of the Bechers even as they channel a quintessentially English form of – bad? – taste. 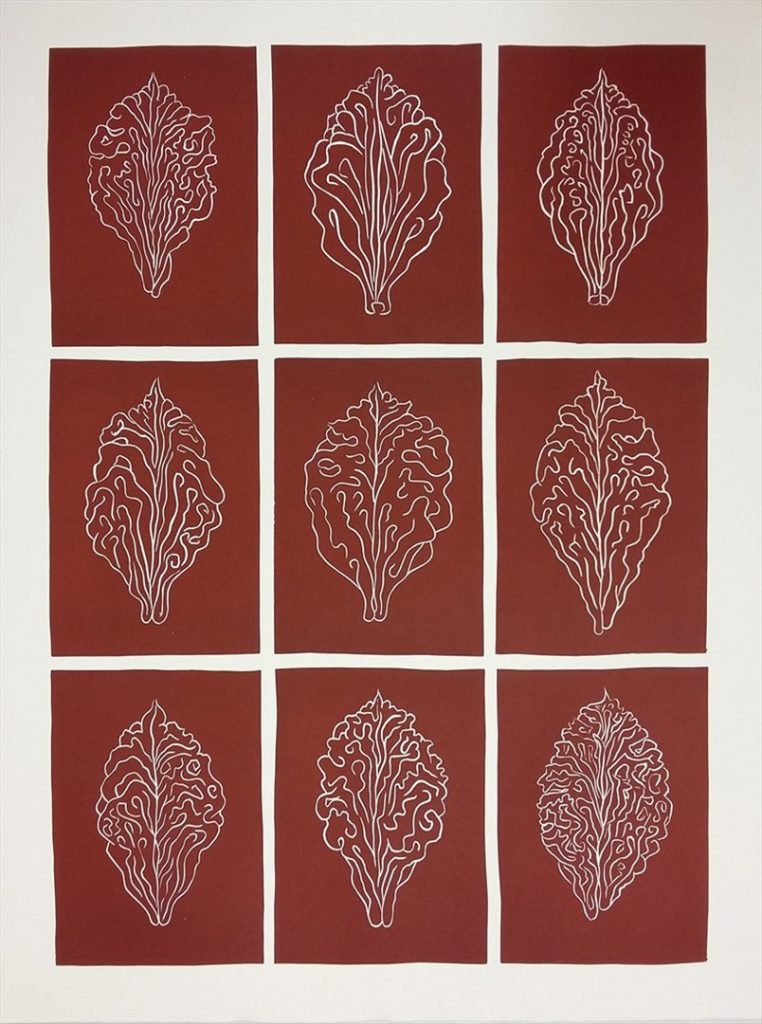 It isn’t immediately obvious that peach stones are markedly different one from another, yet Randall-Page, better known as a sculptor, contrives to make them seem worth looking at in his lino-cut, not to mention setting them up as sly genital substitutes. Talking of which… 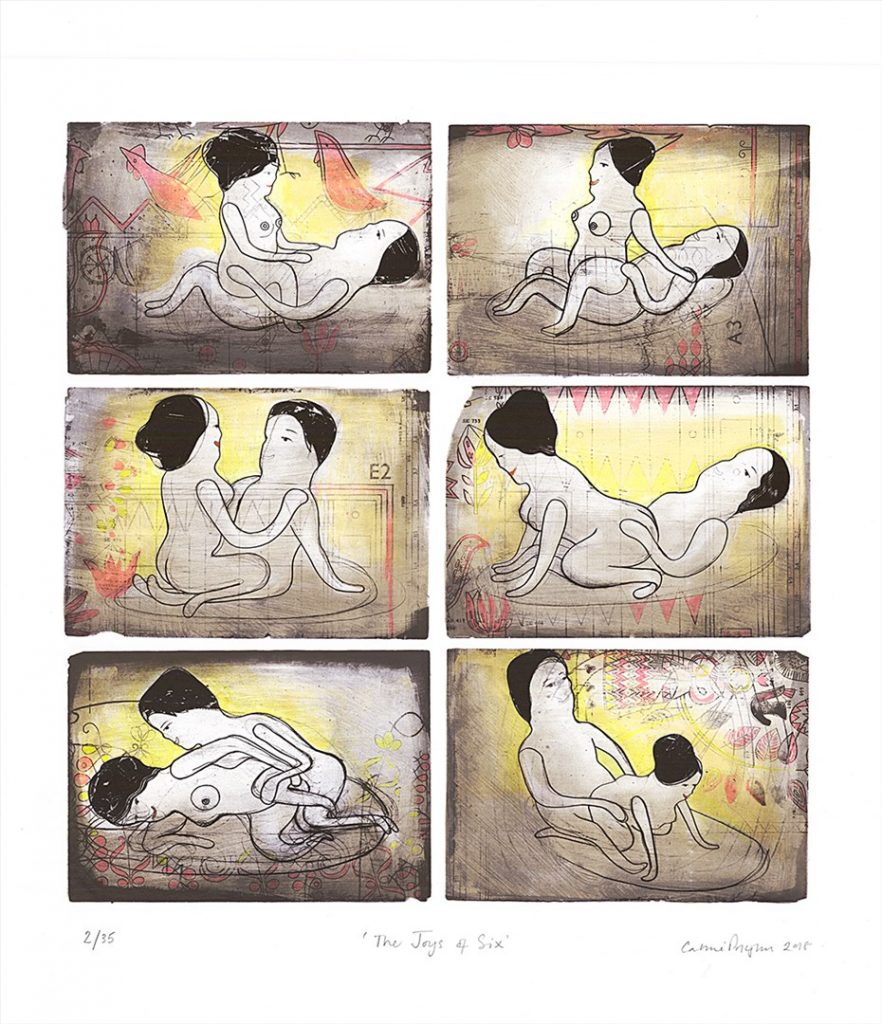 From objects to actions: Cathie Pilkington’s hand-coloured lithograph is  pretty small scale, given that 64 positions are described in the Kama Sutra, but she covers the basics in typically jaunty style. That said, her formally similar set of glass animal images has sold twice as many as this sextet, which may be trickier to hang. 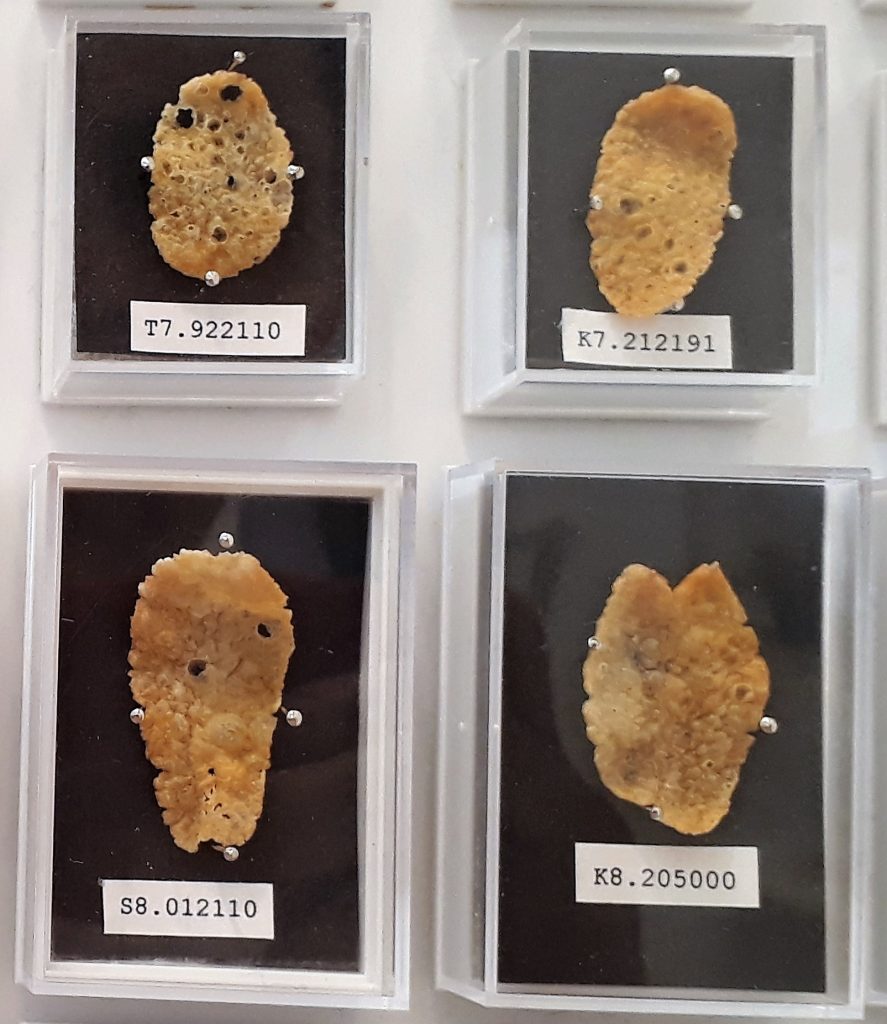 Anne Griffiths: ‘The Taxonomy of the Cornflake’ (detail)

The previously unknown Anne Griffiths has got plenty of press for her arrangement of 84 cornflakes, rather as if they were butterflies, with an elaborate key alongside to give each of them a reference code based on eight factors such as brand, size, colour, and degree of contortion. The alluring T7.922110, for example, is a fairly large single Tesco flake, marked, frilly-edged, teardrop-shaped, bubble-textured and somewhat curled.